Acast CEO: podcasting will become a social medium, not audio 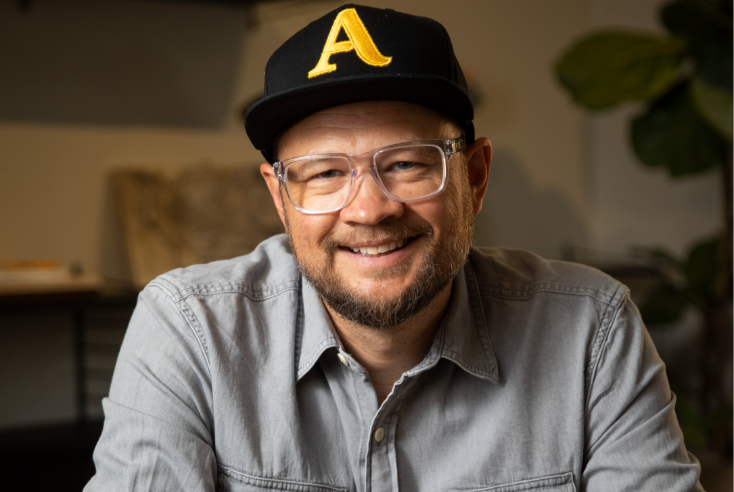 Podcasts have often been compared to radio and music streaming, but Ross Adams has his eye on rapidly-growing influencer marketing budgets.

Speaking to The Media Leader from New York, Ross Adams, CEO of the world’s largest independent podcast platform Acast, has even larger ideas about the potential of podcasts.

Adams explains: “We’ve seen a huge trend recently of TikTokers and YouTubers and Instagram social influencers using podcast as another output, and I think if you look at the social media landscape now, you don’t become just a TikToker, you’ve also got an Instagram channel and you’ve also got Snap etc and podcasting will be considered one of those.”

The host-written and read endorsement is “the holy grail of podcast advertising” which is mainly focussed on by direct response clients he says, but there are “huge opportunities” for more brand advertisers to “align with trusted voices”.

The medium has the attribution “you would expect from other digital mediums” he adds, plus the likes of pixel tracking, basic offer codes and conversion metrics.

“Sometimes brands need to trust influencers that they know their audience and present your brand in the right way,” he says, giving an example of how MailChimp was one of the big successes to come out of popular true crime podcast Serial because the hosts were allowed to represent the brand in a way that suited them.

This is quite a statement of intent, especially from someone with a strong background in audio, starting his career at Capital Radio in 1999 and then helping launch Spotify in 2008 when there were only 30 people in the office.

Adams was responsible for leading Spotify’s rollout in international markets, including the UK, but made the jump over to Acast in 2014, starting out as UK sales manager before moving his way up to CEO.

The platform now boasts 94 million unique users and 88,000 podcasts in its portfolio, with this growing “incredibly quickly” ahead of the market month-on-month.

Acast recently launched in Italy and Holland, and was the first podcast platform to introduce dynamic ad insertion, programmatic podcast advertising and in the last year has launched conversational and keyword targeting based on transcription and natural language processing using artificial intelligence, with sentiment targeting coming soon.

Podcast needs to be taken more seriously, but differently from other audio

A self-professed listener of rugby and finance podcasts, and a particular fan of The Rugby Pod and Smartless, Adams says while a lot of advertisers are still trying podcasting for the first time, it is really important to approach it differently to radio or music streaming.

Podcasts are played on-demand and “a massive lean-forward medium” which commands your entire attention, and not played in the background while you do something else, he stresses.

“You need to in an environment where they [listeners] have sought out content, talk to them in that way. Don’t blare out a radio ad and radio ads normally have that louder voice and bigger music because in a break they have five to eight adverts to compete with.”

He adds that, with lower podcast ad loads, advertisers do not have to “fight for that ear” in the same way, but he believes there is “definitely room for movement” on ad load in podcasts.

He adds: “It’s an area which is actually untapped for advertisers, which means the standout is an opportunity, so rather than being in an overcrowded space like social media is, which over-indexes for advertisers versus the reach and time spent there, what actually under-indexes is podcasting.”

Those direct-response brands that have tried podcasting are “doubling down”and he believes brand advertisers turning “on mass” to podcast advertising is going to “aggressively grow” year over year moving forward.

Adams says: “I think more than anything [I want] more advertisers standing up and realising this is a medium where mass audiences are, who are highly tuned in and they turn their dollars away from other mediums to podcasting.”

The competitor landscape has changed dramatically since Adams started at Acast in 2014. Apple, Spotify, Amazon, Google, and many traditional media owners investing in the format, and, with this, more collaboration is needed, Adams says.

“The problem in podcasting is that people need to come together more on creating that kind of commonality of how podcasting is bought and how it’s measured.”

When asked if there is collaboration happening behind the scenes, he says there are are unspecified “projects” and progression on that front where “everyone is coming together”.

“If platforms accept changes within the RSS [a podcast distribution system], it is how they do that and what groups come together to do that that is to be seen. That’s probably all I can probably say,” he adds.

As part of this measurement picture, Acast acquired Podchaser in August this year, the world’s largest and only central source of podcast data which Adams describes as “the IMDB of podcasts” which can help solve “a large chunk” of the measurement debate.

This was “a very important buy” but has been kept as a very independent company so Acast and other competitors can be plugged into it.

Additionally, with the death of the cookie approaching, having “huge amounts” of data across the entire space of four-and-a-half million podcasts and understanding everything from conversation, sentiment, guests, who’s listening, and what they’re listening to next becomes “insanely important” Adams says, particularly for advertisers searching for lookalike audiences.

“If you think about this medium exploding and after attracting more digital ad dollars to the space, we need to make sure that measurement and data is actually done a in a centralised manner, so you can buy all in the same way, so if you’re buying from an iHeart or a Spotify or an Acast, you’re still buying the same metrics and measured the same way.”

He adds: “It could have been a large company coming in and sweeping that up and then actually taking it behind behind a company’s wall, and that doesn’t help the industry out, and for us, having that fragmented market helps protect that ecosystem, because it ties together all the fragmented listenership and they will plug into it as one data source, which helps enable the entire industry.”