Women’s Health UK editor-in-chief: the future of publishing is membership 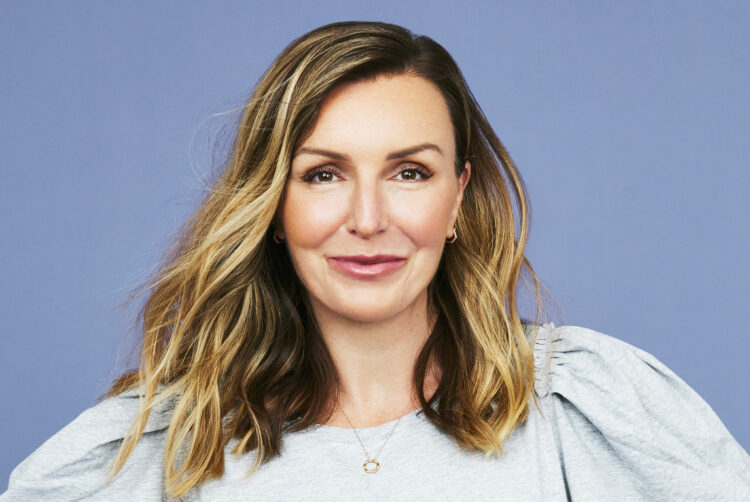 That is UK editor-in-chief of Women’s Health Claire Sanderson’s approach to exercise as she speaks to The Media Leader having just published the brand’s 100th issue.

She explains: “As women we inherently don’t put ourselves first, we put our partners, our children, our jobs, our ageing parents in a lot of cases, the weekly shop, the ironing, the cleaning, and then we come so far down the pecking order, we don’t prioritise our own wellbeing.”

This is something Women’s Health strives to address and encourage and Sanderson says if she makes time for 20 minutes of exercise at home, and to eat well, she is “better at every aspect of society”.

She also highlights research from Sport England saying that children who grew up in homes where they see the mum exercising are much more likely to engage in activity themselves, something she can personally relate to with a 10-year-old and six-year-old.

Print is still the ‘foundation’ of the brand

Women’s Health is still a print-first magazine brand. Its circulation grew 1% year-on-year from 2020 to 2021 and paid print subscriptions were up 17% over the same time period, something Sanderson calls “a win”.

Sustaining the print magazine as “the shopfront” and “foundation” of the brand is a key goal according to Sanderson, but digital is “growing exponentially” in terms of unique users and revenue.

The magazine brand’s publisher Hearst UK reports that Women’s Health‘s digital edition downloads increased by 55% and unique users to the website grew by 76% between 2020 and 2021.

The pandemic has encouraged more people to speak openly about their health, from mental health to menopause, and Sanderson has noticed a “surge” in digital visits over the pandemic and an increased demand for “reliable and credible health content” that Women’s Health offers.

Sanderson describes membership proposition as “the biggest thing” to be looked at across magazine brands going forward and “truly” believes it is the future of publishing.

But converting an engaged audience into a membership model is “a tricky balance” boiling down to content strategy, manpower, finance and time, Sanderson says, and no one has quite got it right yet.

She says that one key element comes down to “refining the proposition” so people feel they get value for money, instead of “chucking loads of surplus content” at them meaning they feel “ripped off”. A membership needs to be “a utility” for a magazine brand like Women’s Health which is more of a “lean in” brand asking its readers to take action.

“The membership proposition needs to be brilliant premium content with a service element,” Sanderson says. “That’s what we’re trying to get to at the moment, and hopefully it will evolve into that space in the next 12 months.”

Where many brands, including streaming giants like Netflix and interest-based publishers are worried about losing subscribers as the cost-of-living crisis deepens, Sanderson insists Women’s Health is in a good position.

She admits the magazine can not compete with online exercise platforms like Peloton and Fit which can put out hundreds of videos each day, but Women’s Health’s free workout videos and researched articles are cheaper and more flexible than a gym membership, for example.

As restrictions have lifted, women have not necessarily been going back to the gym, Sanderson points out. The pandemic has shown women that working out from home was more effective and convenient than previously thought, especially if they need to fit it in around other commitments like a job and family.

The “biggest perennial challenge” for Women’s Health UK is to “remain ahead of the curve” as many other magazine brands are “trying to take a piece of our wellness pie”, particularly since the beginning of the pandemic.

Sanderson reveals the core engaged audience of the magazine are “unsurprisingly” female, engaged in wellness and want to be “the best version of their healthy selves”. They tend to exercise more and have a higher knowledge of nutrition than the average person, and Sanderson and her team like to think of them as “influencers within their friendship group”.

There are slight age differences between print and digital platforms, with print attracting readers in their late 30s and early 40s, professional women with a high disposable income, while digital tends to sway a bit younger in to late 20s and early 30s.

However, Sanderson stresses that “the beauty of wellness” is not age-specific, pointing to a conscious diverse age range on its covers to make sure it is not “alienating” any section of the audience.

Additionally, the “At Any Age” issue on sale at the moment spotlights a woman in her 80s who can hold a plank for six minutes.

As a result Women’s Health tries to appeal to “a really broad church”, and the print magazine may include more content like perimenopause and menopause content to speak to the late 30s, early 40s cohort, while online there is a section called “Healthy Mums” which is pre to postnatal to speak better to an audience that is slightly younger.

Purpose and partnership campaigns like Project Body Love and It Starts With A Bra form part of the strategy to engage with loyal and new audiences. The first campaign was carried across five other Hearst UK titles and helped improve female body confidence by 42% since launch, according to their figures. While the latter campaign partnered with Under Armour to donate thousands of bras through charities and refuges to women from more deprived areas and created content for this specific group.

Sanderson recognises there’s “a huge part of society” that need the information around wellness outside of the “privileged” audience of Women’s Health who have already engaged with wellness and have the knowledge and motivation to improve themselves, and aims to “evolve” the purpose campaigns to “keep making a difference.”

Looking forward, Women’s Health is not only looking into membership, but also building up ecommerce, experiential and social media.

Experiential was taking off just before the pandemic, and Sanderson sees an “appetite” for a return to live events after Women’s Health Live and its series, Women’s Health Weekenders, had to go fully online, accumulating 14 million views on YouTube.

Sanderson explains: “I think the magazine brands are no longer just magazine brands. They are brands that happen to put out a magazine, they happen to have a website, but also provide experiences whether that’s on the page, on the website or in their life.”