Will the metaverse give rise to new gods and belief systems? 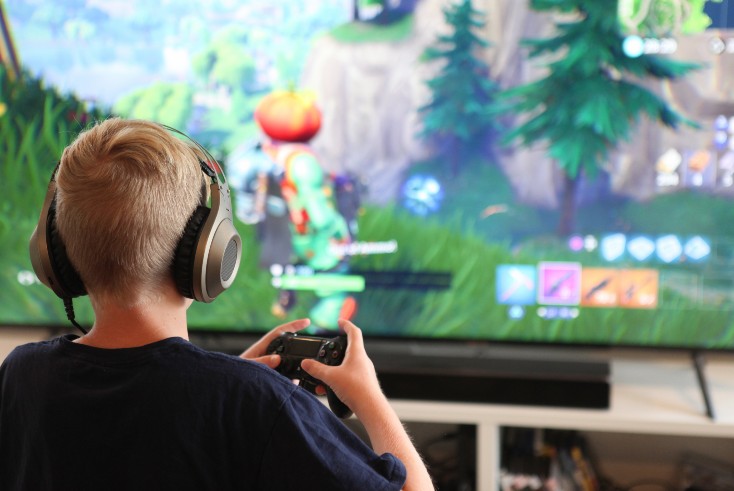 Simon Carr asks if Roblox and Fortnite are the new churches of the modern world, as he assesses virtual altars to worship at and future congregations to join.

2023 doesn’t look like it’s going to be much better than 2022… Covid looks likely to strike back, there’s no sign of an end to the war in Ukraine, and the World Bank is making ominous noises about the global economy falling into recession.

It’s little wonder the Collins Dictionary ‘Word of the Year’ for 2022 was Permacrisis (n.) ‘An extended period of instability and insecurity, especially one resulting from a series of catastrophic events’.

So, how is this parlous state impacting audience attitudes?

There’s little doubt permacrisis is further destabilising trust in an Establishment that has been rocked by waves of political controversies and the publication of Spare. The Church’s influence is in decline, the UK’s latest census data showed a startling decline in religious beliefs.

As people question whether centuries-old social, political, religious and even economic institutions remain fit for purpose, we are seeing increasing numbers looking to alternative beliefs and falling back on instinctive behaviours.

Indeed, insights consultancy Canvas8 has titled the latest edition of its global trends outlook ‘The Age of Instinct’ and suggests 2023 will see consumers seeking to ‘protect themselves and safeguard what they care about.’

In pulling out the behaviours and beliefs that Canvas8 expects to see this year, it foresees a rejection of political neutrality and climate apathy. Passivity is replaced with action.

While younger audiences may be willing to play fast and loose with the (sub) cultural signifiers that previous generations have held dear, it doesn’t mean they are lacking in substance.

Spirituality in a digital age

Human instincts toward empathy pre-date organised religion and have played a huge part in our success.

It is these innate tendencies that have helped form religious ideas over thousands of years and they are still with us; we still yearn for a higher purpose, moral guidance, a sense of ritual, belonging and tribalism.

Indeed, humans haven’t changed at a base level, but the contexts in which we operate — today driven by tech, algorithms, and new political and cultural ideas — certainly have over the past millennia. It’s therefore only natural that our spiritual tendencies have evolved too.

So as we approach the quarter-way mark of the 21st century, a time of societal change, conflict, fragmentation, reinvention, and (online-enabled) connectivity, we’re finding new altars to worship at, and new congregations to join.

This takes on many forms. Some people are turning to alternative forms of spiritual expression – such as Shamanism or Wicca. Others lean towards humanism or science, but maintain the ethical frameworks of established religious doctrines.

Klein adds: “Definitions and modern examples of religion just haven’t caught up to the surveys. Outside of entertainment fandom, more glaring today: politics and social justice have become our loudest religious replacements.”

Yet so too have online communities — in all their various forms. That’s because, as Tara Isabella Burton states in Strange Rites: New Religions for a Godless World, religion takes on many guises so long as it provides us a tribe with purpose, meaning and ritual.

If we subscribe to such an idea, we begin to see all sorts of examples described as inspiring cult-like devotion in their followers. Peloton. Star Wars. Proud Boys. Andrew Tate. Supreme. Roblox. Fortnite. The malign, benign and plain weird.

Yet there’s a deeper twist and another cultural shift we should pay attention to: the drive to build virtual words, and how they might extend and develop these cultural movements.

Indeed, as we brace for a world of metaverses, we must ask if there’s a space for new gods and belief systems within them?

After all, while our institutions continue to falter under the weight of the permacrisis, communities will develop new narratives.

Curiously, when I asked Q, our AI-powered cultural intelligence platform, which trends are most likely to grow from the metaverse, the results – which translate culture into trackable data sets — predicted that as trust declines in traditional power structures, and church attendance and religious belief wanes, people could search for new forms of spirituality within virtual communities.

Put simply, with a spirituality vacuum opening within society, metaverses are — according to the data, at least — one obvious place to fill that void.

Therefore, is it radical to suggest that Roblox and Fortnite are the new churches of the modern world; and Faze Clan, Flamingo and Ninja emerging gods for a culture that is disowning the status quo?

What this means for strategists

It’s a startling thought — and perhaps a step too far for some — but it’s still an idea strategists should pay attention to.

Consequently, we need to know which spheres of influence people will be drawn to in their lives if we’re to have any hope of understanding an increasingly fractured and diverse culture. Moreover, we should seriously consider to what extent brands could play a role in shaping worldviews.

That is particularly true if parts of human society and culture become locked behind the doors of virtual environments — conditions where tribalism, rituals and new beliefs are likely to flourish.

Furthermore, given brands are increasingly prepared to put marketing spend into multiverse worlds, either through adspend or by building their own, it will be crucial to understand what this means at a more fundamental level.

It certainly raises questions about the moral stewardship of such environments, and could also completely rewrite the rule book on building and engaging communities.

Certainly those brands already highly engaged with online safety and marketing ethics will be in a stronger position when the time comes to wrestle seriously with such conundrums.

Perhaps we’ll even witness the development of an equivalent to the Ten Commandments or Asimov’s Laws of Robotics to guide virtual communities.

Whatever happens, as we watch our culture change and the grand narratives of the past decline, the brands prepared to invest in building new virtual worlds should recognise their responsibilities far in advance — ensuring it forms part of the foundations, and not just an afterthought. 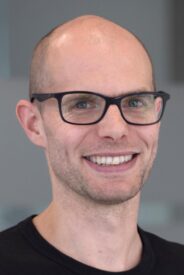