Why are so many streaming services named with a 'plus'? 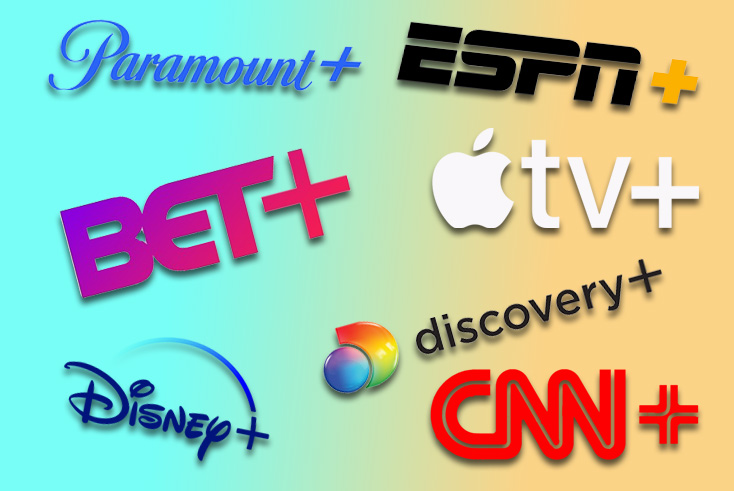 Disney+, AppleTV+, Discovery+, Paramount+, ESPN+, BET+. The plus symbol is literally a sign of the times in digital media.

But why are so many streaming services named with a plus symbol? The ubiquity of the branding is such that services that do not wear the “+”, such as HBO Max, Amazon Prime Video, Peacock, Hulu, and Netflix stand out from the crowd.

To understand what has driven the branding’s popularity, The Media Leader spoke to Evan Gettinger, executive strategy director at WPP brand and design consultancy Superunion.

To Gettinger, the plus as a convention makes obvious sense from a design standpoint as a quick way to signify to users the additional content offering through streaming.

“Most likely the […] naming convention was established to signal paid services by brands whose content is typically consumed by users for free,” he says.

“The plus denoting there’s something extra, something worth paying for.”

“In this case, the plus sign for streaming services has become a lazy default that relies on the brand preceding it to do all the heavy lifting in justifying value, creating clarity about what the offering is and driving someone to switch from other paid streaming services.”

He notes that for massive brands with established products in other domains like Apple, this strategy of coattail riding a branding can work well to quickly communicate the purpose of the new product.

Ironically, Apple itself started a similarly dominant branding trend beginning with the iMac in 1997.

It went on to release the iPod, iPhone, iPad, iTunes, and numerous other products and iterations under the branding.

Following the branding tides does not work for every company though, and Gettinger believes companies should take many questions into consideration when coming up with a name.

He notes that the “+” naming convention does not work as well for brands like Paramount or Discovery, companies that already exist in the television industry and therefore require a greater elaboration over why consumers should buy into their added streaming offering over competitors, especially when some of their content can be consumed through standard cable packages.

“What is the benefit to the user? What does this streaming service provide that others don’t? What makes this valuable enough to choose over Netflix? These are the questions that should be answered when naming and launching new streaming services.”

He adds that when streaming services first launched, it was an emergent trend, meaning that there was value in adopting the leading naming convention so a brand “didn’t have to spend all of their marketing budget explaining what the service was.”

But as streaming matures, that branding strategy becomes less sensible.