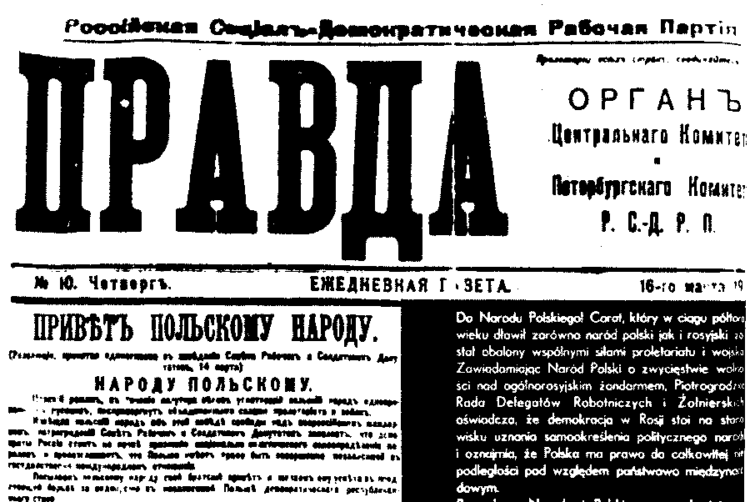 What should it really mean when advertisers say they want to support ‘quality’ media?

The Christmas truce is over and the culture wars resume after a brief game of football in No Man’s Land, mercifully not postponed because of Covid-19 and injuries.

While it is combat mostly conducted in the parallel universe of the Twittersphere and therefore largely pointless, there are real-world implications for advertising in the increasing partisanship of media channels in the pursuit of page traffic, clicks, shares and likes.

Let’s take the Daily Express (but not too seriously). It is an almost tireless champion of Brexit because, supposedly, its readers are. This requires the Express to pump out a daily diet of good news about the benefits of Brexit, however shallow the substance.

This includes constant references to “Britons celebrating” to ensure patriotism is never forgotten, but what they really mean is ‘Daily Express readers’ who have supposedly commented on their news stories approvingly, thereby allowing the Express to fill out their meagre ‘content’ with so-called reactions to their meagre content.

A classic example, one of many such, is an article about an Express interview that fits the need for good news about Brexit: 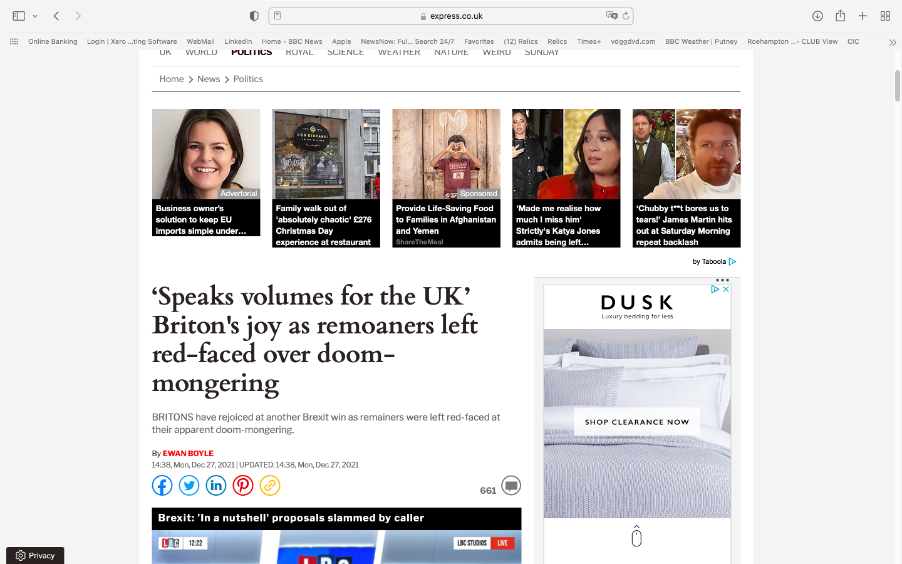 Yes, there is an amusing typo that implies that only one Briton is pleased and the use of the word ‘remoaners’ without quotation marks leaves no doubt about the tenor of the piece.

Fortunately you don’t have to read the whole article to realise that the whole story is an inconsequential interview conducted by the Express. The piece is supported by cheerleading from ‘hotdog 008’ and ‘brexitcat’ who says “I’ve just enjoyed a brilliant Brexit Christmas’, as if random members of the public (if even real) would ever say that.

Or that anyone should care.

This is ‘Britons celebrating’ the latest apparent scrap of evidence of Brexit success, washed down with a large glass of EU-bashing.

Our own version of Pravda

Call me cynical, but this encourages the Express to, er, make up the reader comments to suit whatever reaction they want and to do so in advance in order to include them. It means they can ignore the real comments from their readers if it doesn’t suit their agenda.

Meanwhile, you may be surprised to hear that the majority of the published reader comments below the article actually pour scorn on it and, perhaps surprisingly for Express readers, describe Brexit in very unfavourable terms.

So the editorial line is not entirely in tune with the audience, but that doesn’t matter to propagandists following orders.

This is the closest we have been to our own version of Pravda, where the ‘news’ is simply made-up propaganda, unsupported by evidence and self-referential.

Welcome to Brexit Britain Express-style, where the grain harvests are always good, especially next year’s.

Needless to say, the ‘story’ is divided up into chunks in a way that makes it virtually unreadable, sandwiched in among ads, promos, clickbait and silent video. It’s a mess, but maybe The Express doesn’t actually believe anyone will read such obvious nonsense so it’s just a cynical attempt to somehow fill reams of space with multiple ways to earn a few advertising pounds.

Not ‘old vs new media’, but cynical vs quality media

This is supposedly the ‘quality journalism’ that people want to see supported by advertisers, as opposed to ploughing yet more money into the user-generated content channels where the content and environment is often appalling.

Arguably The Express is even worse as it is deliberate and cynical.

I have written about the need for advertisers to support quality journalism but this isn’t it.

There is a tendency to think that the world divides neatly between poor quality social media and the sunlit uplands of the ‘newsbrands’ where the old-fashioned virtues of editorial quality still hold sway. If only this were true.

Some publishers still care about the user experience, others just fill their available pages with junk to turn a pound. The Express is hardly alone in this and the recent changes at DMGT suggest that the Daily Mail may go the way of MailOnline, so expect more traffic-driving content that adds little value to our lives.

Identifying good places to advertise should be the core function of media planning and it is getting harder to achieve this now that high-quality environments are scarcer. While research and data may indicate that a medium is generically ‘good’, selectivity within media channels is now even more important, thus making the planners’ life harder.

If advertisers really care about their brands they will invest accordingly in good places to advertise and pay their agencies well to ensure this happens.

Otherwise they leave themselves at the mercy of the market and the programmatic machines and will end up rewarding cynical publishers who treat their content as ‘monetisable’ space fillers and their audiences with contempt.

Advertisers should be highly selective about how they showcase their brands and a poor version of Pravda isn’t the answer.

Nick Manning is the co-founder of Manning Gottlieb OMD and was CSO at Ebiquity for over a decade. He now owns a mentoring business, Encyclomedia, offering strategic advice to companies in the media and advertising industry. He writes for Mediatel News each month.