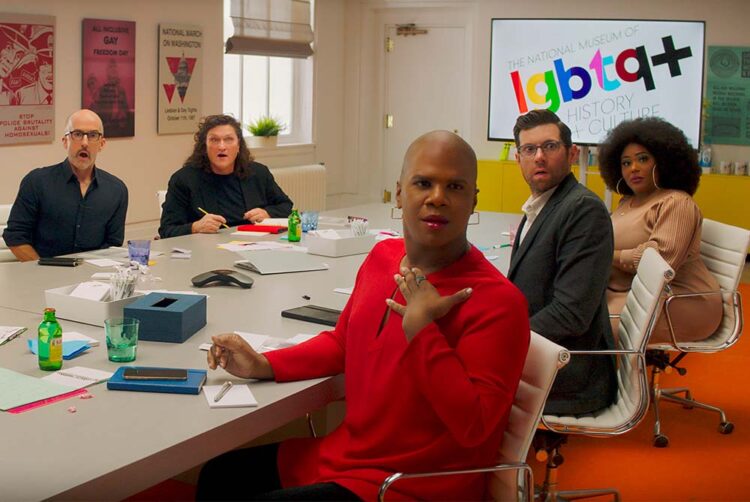 UK cinemas showing the new Bros movie in the UK will feature a bespoke LGBTQ+ ad reel as part of a special deal negotiated by sales house Digital Cinema Media.

Bros, the first romantic comedy from a major studio to feature an entirely LGBTQ+ prinipal cast, will also feature an ad reel comprising content from advertisers who are “aligned” with this community. The advertisers include Rimmel, Virgin Atlantic, Pinterest and Premier Inn.

DCM has also offered part of the ad reel to shine a light on LGBTQ+ charities, with content from Queer Britain, the first dedicated National LGBTQ+ Museum, featured.

The ad reel will begin with a full takeover of DCM’s ident, combining DCM’s logo with footage from the film, before leading into an introduction from Billy Eichner, the co-writer, star and executive producer of Bros, who outlines the important role advertisers play in helping drive a positive change in audience attitudes.

Each brand spot will then run throughout the ad reel, interspersed with “blipverts” created by DCM Studios, with interviews from Bros cast members about the casting decisions made for the movie.

The campaign launches alongside the UK release of Bros in cinemas on Friday, 28 October and will run during all screenings of the film across all of DCM’s estate, which represents 80% of the UK cinema ad industry and includes Odeon and Cineworld.

Davina Barker, sales director at DCM, said: “We’re really proud of this campaign, which brings together advertisers who have initiatives that support the representation of the LGBTQ+ community. At DCM we are committed to reflecting diversity and inclusion and we are grateful to Universal, Billy Eichner and the Bros team for partnering with us on what is our biggest cultural intervention to date.”