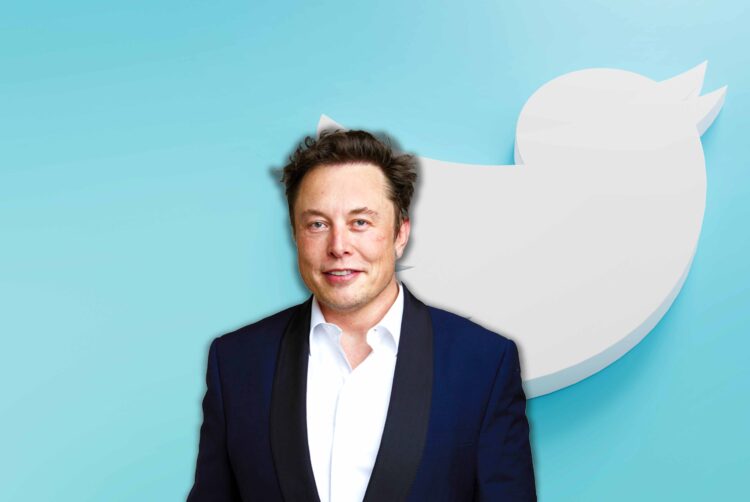 Elon Musk: wants to make Twitter "the most respected advertising platform in the world".

It’s hard to see how Twitter succeeds with Elon Musk at the helm. And yet this takeover is an opportunity to reset advertisers’ relationship with social media.

Yet another billionaire finds themselves in charge of a media owner. Elon Musk has completed his acquisition of Twitter, despite trying all manner of litigious tactics to get out of the deal because he has spectacularly overpaid.

As financial journalists have pointed out, this is a disaster of a deal. It might go down as the worst ever digital media acquisition in history, eclipsing even Verizon’s ambitious double-dip for Yahoo and AOL (nearly $9bn combined). At least Verizon managed to sell off the merged business last year, albeit for a rather smaller $5bn.

The staggering amount Musk’s deal has valued Twitter — $44bn — is 44-times Twitter’s approximately $1bn in Ebitda (that is, adjusted Ebitda and putting aside that it recorded a $1.1bn net loss) and nearly nine times its $5bn revenue in 2021. $31bn of that $44bn is Musk and his investors’ own equity, while the remaining $13bn is backed by bank loans. Importantly, these loans are guaranteed by Twitter, not Musk. For a company that has since made an operating loss in the first half of this year and has famously struggled to ever turn a huge profit before that — not to mention the fact that he’s just gotten rid of the CEO and CFO on day one — it would take a brave person to predict great things ahead for this business.

Even more mind-blowing is the fact that the Kingdom of Saudi Arabia is now the second-largest investor in Twitter after Musk himself. What possible motive could Saudi Arabia, a country that ranked 166th on Reporters Without Borders’ latest Press Freedom Index, have for maintaining a $2bn piece of Twitter?

Musk’s own Twitter profile is a prime example of how a legitimate genius and visionary can be deformed by social media into becoming a vicious bullshit artist. Remember when he used Twitter to smear a child-saving hero as a “pedo guy”? Or when he tweeted about having “funding secured!” to take Tesla private (a clear Securities and Exchange Commission violation)? The list of bizarre Musk missives literally goes on and on.

After finally closing the Twitter deal he so desperately tried to get out of in recent months, Musk issued a direct appeal to advertisers last week, full of high-minded waffle about, “the digital town square”, “helping humanity” and making it “the most respected advertising platform in the world”.

While it’s heartwarming to see Musk focus on making Earth better (instead of colonising Mars) for a change, the harsh reality he faces is that most Earthlings don’t use Twitter and won’t care. Lack of scale is why it limped along for the last decade while Facebook, Snapchat and now TikTok have found success in making money via advertising revenue. Twitter’s influence, while powerful, has always been limited to journalists, politicians, and celebrities. Musk’s central challenge is to decide whether Twitter remains a niche platform which is in desperate need of a new monetisation model beyond advertising, or whether it must vertically integrate to have a wider appeal (there is surely an interesting play, for example, to bootstrap Twitter’s live conversation format with live sports or news broadcasting).

Musk needs to stop talking and get back to what he apparently does best: engineering. Because the more he talks, the less he seems to understand what spending the annual GDP of Latvia has actually got him.

By design, Twitter can’t be “respected” in the traditional sense as an ad platform because its whole thing is having unmoderated content being published by anyone. It is not “brand safe” because there is no one in between the content and the advertiser acting as a traffic cop to make sure that content is likely to be considered safe or not.

There was a time five years ago when “brand safety scandals” on social media used to make the front pages of national newspapers. I’m not sure it’s even newsworthy anymore.

I hope I’m wrong and Twitter does survive and thrive under Musk — and not just because I’m almost at 4,000 followers and want to throw a party. But for Twitter to turn a corner, there needs to be change in advertiser mindset which begins to embrace the difference they bring to the media ecosystem.

This means that Twitter and other unmoderated social media shouldn’t be seen as “brand safe”. They should be seen as “brand high risk but high reward”. In a previous column I noted how our industry has been far too quiet when it comes to asking the right questions about the risks of social media. This doesn’t just mean being forthright about where these companies get it wrong — users and advertisers must also accept that risky, unmoderated content can hold governments to account, expose wrongdoing and unleash new forms of creativity.

Take podcasts, for example. Podcasts are effectively social media — we’ve just launched The Media Leader Podcast and it’s distributed on all the usual listening platforms with little proactive content moderation. But why should podcasts be considered “brand safe” as much as radio? There’s a big difference in “safe content” expectations between the person listening to the radio while eating their breakfast or in their car, compared to the person plugged into a gory, true crime podcast via a smartphone and headphones.

From brand safety to brand responsibility

People are seeking out niche and edgy content on digital media. This is to be celebrated as a success story for the diversity and richness of media and it deserves to be funded by advertising, too.

WPP media agency MediaCom’s strategy director and joint head of social change Claire McAlpine put this brilliantly during a recent conversation: advertisers would be better off moving from a mode of “brand safety” to “brand responsibility”.

The difference is subtle but meaningful, as it requires advertisers to be more proactive in how they assess media owners and what “responsible advertising” would look like, instead of having a reactive approach which expects all platforms to provide them with security to do marketing as usual. We would expect such an approach to focus less on traditional reach and frequency concerns (which has led to keyword blocking and boycotts) and more on a contextual approach which appreciates differences between media owners.

McAlpine explains: “Shifting the focus from simply having ‘brand safety’ conversations to ‘brand responsibility’ conversations is powerful and happening much more frequently. It shows proactivity in recognising that businesses can use their media spend as a positive force for social impact. From funding diverse voices, supporting quality news, diversifying the media supply chain and much more — the ‘brand safety’ to ‘brand responsibility’ pivot is a critical shift for responsible media investment becoming a default approach.”

This is more like the tune Musk should be singing if he really wants Twitter to finally become a success. For all the high-minded talk of creating a “digital town square”, was there every really an analog town square that we should be trying to emulate now? Free speech is inherently dangerous, which is why we have laws against libel, revealing government secrets, and fraud. The further censorship required to make a town square truly “brand safe” would render the whole exercise pointless.

Instead let’s see social media for what it is: potentially dangerous, chaotic, but potentially brilliant, too. Too much of our media tries to be “safe”. Let’s accept more risk into the ecosystem and then perhaps we can talk about trust on better footing.