There's more to this Channel 4 story than Idris Elba 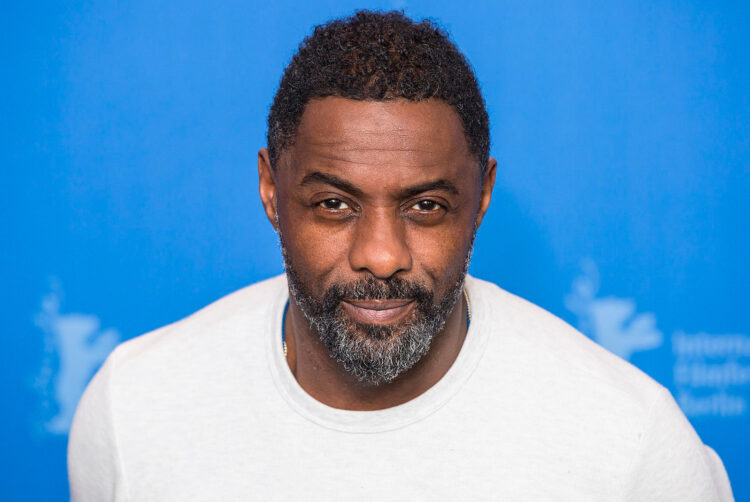 There may be moves afoot to make the state-owned broadcaster too unattractive to buy. But can Boris Johnson hang on long enough to push it through anyway?

The plot of the crime drama, Privatisation of Four, is reaching the chilling stage as prime suspects are gradually being identified.

As with all dramas more than a few red herrings are thrown in to thicken the plot. For a time Lord Grade of Yarmouth, the veteran broadcasting executive, was seen as the prime suspect before he wandered off to chair communications regulator, leaving Daily Mail editor-in-chief Paul Dacre to make do with second prize – a peerage.

Just as things seemed to be going off the boil up pops legendary cop John Luther, or the actor Idris Elba as he is more properly known, heading a mysterious consortium to bid for Channel 4.

Elba, according to the Sunday Times at least, is in cahoots with media entrepreneur Mark Boyan who runs Miroma, the television production and marketing group.

The plot thickens. Lord Grade is an advisor to Miroma, although that role will obviously have to end because of his Ofcom role.

The Privatisation of Four drama works on many levels. At the most superficial Culture Secretary Nadine Dorries is pushing ahead with a privatisation that hardly anyone thinks is a good idea and few want, at the behest of her great mentor Boris Johnson, a scarcely believable character who plays the role of a British Prime Minister — badly.

There is a war going on in Europe, a collapse in living standards and a bleak outlook for the British economy but Dorries and her boss are prioritising the privatisation of a small but much-loved television channel. Yet the first reading of the media Bill that would pave the way towards privatisation could come as early as next month, just before the summer recess with the main action in the autumn.

It all seems pretty implausible, even as fiction.

There could yet be a few twists and turns of the plot. Just below the surface those pesky people in Channel 4 are doing their own plotting, stirring up sceptical Conservative back-benchers and, according to The Guardian, negotiating a new long term agreement with ITN to continue producing Channel 4 News for years after any privatisation.

Keen-eyed sleuths will know the Johnson/ Dorries antipathy for Channel 4 News is almost certainly the main motivation for the planned privatisation. There is the additional explanation that the pointless privatisation would provide a welcome distraction from the 148 Tory back benchers who want to see Johnson gone, two disastrous by-election results and inflation of more than 9%.

The ITN deal is what is known in the trade as the poison pill defence designed to make a corporate takeover less attractive.

In the case of an ITN-Channel 4 News poison pill, it could tie any potential new owner into an expensive contract providing for top quality news — or make then pay a lot of compensation to escape its terms.

Moving more staff out of London could have the same effect, although the Government could scarcely get huffy about something that could be portrayed as a nice bit of levelling up.

Because of the summer break, the biggest cliffhanger in this particular drama is still a few months away.

The script for the final episode has not yet been written but the tension is certain to continue rising as two developments coincide.

The stately progress of the privatisation legislation through Parliament, with a row expected in the House of Lords at the very least, is likely to come at the same time as growing attempts to remove Johnson.

It will be a close run thing, but the odds are heavily stacked in favour of Johnson being ousted before the new media Bill becomes law.

If Jeremy Hunt, Tom Tugendhat, or indeed almost any candidate outside the ranks of the present Cabinet were to win, Privatisation of Four the drama could have a very happy ending.

BBC exposed by lack of openness

Back in the world of fact, many Conservative MP’s are expressing amazement that it is Channel 4 that is the prime target when it’s the BBC they really hate.

The view has been well expressed by one of Ulster’s politicians, the DUP MP Ian Paisley Jr. The young Paisley is not often the go-to oracle but on this occasion he told the House of Commons that in the past 12 years he had not received a single complaint about Channel 4 but “thousands and thousands” about the BBC.

Allowing for an element of hyperbole if Paisley’s view is widely shared in the Conservative Party then the BBC should count itself lucky that Channel 4 and its potential privatisation has provided something of a heat shield.

Some of the findings in last week’s Ofcom report on the BBC were still problematical for the Corporation – particularly the survey finding that 39% of viewers believe the BBC is biased compared with 15% for ITV, Channel 4 and Channel 5.

Part of the explanation could lie in the huge amount of content the BBC produces across television, radio and online.

But the huge gap in, if not bias, at least the perception of bias, is still striking.

The trouble is some people think the BBC is too close to the Government — while many others criticise the Corporation for being too left-leaning.

Interestingly, Ofcom reveals the extent to which different people can reach “diametrically opposing conclusions” about the exact same story, apparently influenced by tone of voice or language chosen by presenters.

Where Ofcom is definitely on the money is in its criticism about the lack of openness in how the BBC deals with complaints and a slowness to respond in the first place.

The media regulator will now require the BBC, which upheld only 22 out of 112 complaints about impartiality in the past five years, to publish its reasons for not upholding such complaints in future.

Watch for the present government regime, if it survives long enough, transferring all BBC complaints to Ofcom in future, rather than just the appeals against BBC in-house adjudications.

Or as Armando Iannucci, creator of The Thick of It, asked when surveying wider TV industry issues, including Channel 4 privatisation: “Why, time and time again, does the Government want to make our TV worse?”