The strategy ‘crisis’ in media agencies: the way forward 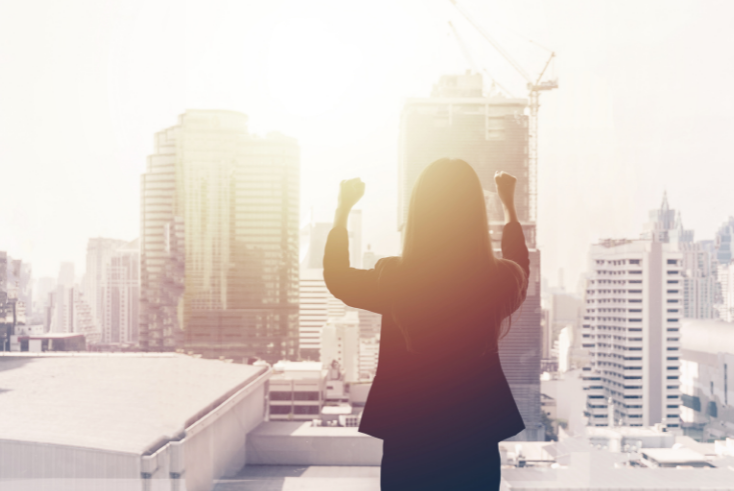 Strategy Leaders
Advertisers have access to so much data and new marketing opportunities but there is a dearth of businesses capable of bringing it all together. Agencies are well-placed to do this but must evolve.

Quite rightly, Mediatel News has been championing the cause of media strategy since the publication of Eva Grimmett’s article in September.

We are fortunate in the UK to have a strong tradition of media strategy as a core discipline, often building on account planning principles that were born here in the great advertising agencies of the 1970s.

We have some of the best media strategists in the world doing great work day-in, day-out, under intense pressure given the vast complexity that surrounds us.

However, Grimmett’s article describes some risks to the status quo and its fragility, namely that “we give away too much”, are not remunerated sufficiently on “outcomes”, diversity of experience is in short supply and clients are increasingly taking some of the newer disciplines in-house, especially in the areas of data and technology.

In my view, there are two core solutions to this perceived problem:

Giving marketers what they need now

Let’s start with the client needs. Marketing teams are charged with making all of their activities more effective, covering a wide range of disciplines including media.

Building on the basics of brand, product and distribution, they have to optimise their proposition, positioning and messaging in multiple channels (including in ecommerce and in retail) and then make sure those messages reach the right people and resonate. In that order.

Advanced data aggregation and statistical techniques now enable the kind of analysis of the many variables in this mix that was previously hard to achieve, combining creative, sales channel, media data and ROI outputs in one place.

This means that measures such as creative stand-out, brand health, pricing, promotions, competition and attention can be blended with media data and business results to provide a synthesis of what advertisers need to know about how their multi-channel communications are working, down to creative and channel level.

Paths-to-purchase can be better planned with more detail in multi-channel execution, not just media.

These techniques can also model cross-media effectiveness for both audience exposure and ROI effect, compensating for the lack of industry-wide currencies. This goes way beyond reach and frequency in determining the right allocation of investment.

Advertisers are hungry for this kind of analysis. Without it the dialogue about media can remain focussed on media trading, leading to a procurement-led emphasis on variables such as cost and traditional definitions of ad quality.

Without the wider context, media strategy and planning lack the depth that is needed.

And with this kind of data aggregation capability the measurement of ‘outcomes’ is more granular and robust, attributing cause and effect better. One of the reasons that media agencies are rarely rewarded on outcomes is the absence of the other elements that explain performance.

Today’s media agency systems and tools are highly sophisticated in capability, but tend to focus on inter- and intra-media operations and activation rather than this bigger picture. They are mostly digitally-led and therefore sometimes under-represent cross-media effects, such as linear TV’s multiplier effect, and other sales channels.

There are many data providers who specialise in parts of this picture but there is a dearth of businesses capable of bringing it all together. The media agencies are better-placed to do this than most other client partner agencies given their existing strengths in data science and a broader channel purview.

Will it pay back? Advertisers want to know more about the new opportunities in ecommerce, eretail and social commerce. They want to know how these integrate into their more mainstream channels, including dynamics such as search behaviour, dynamic messaging and positioning on the ‘digital shelf’.

The recent (and under-reported) World Federation of Advertisers/Ebiquity study into The Media Capability Gap demonstrates the existing hunger for such insights. Advertisers feel under-served in these areas and are looking for partners to crack the code. Some media agencies are forming alliances (often intra-group) to cover off the gaps.

Ebiquity themselves are pioneering in this space by bringing together an independent evaluation framework that blends a such a wide range of variables into a comprehensive picture.

There is no reason why media agencies should not emulate this. It is no exaggeration to say that media strategy should be based on these kinds of outputs or will miss important pieces of the jigsaw as message and medium become increasingly inter-twined.

However, all of this needs to be funded. Media agencies are under intense pressure every day both from their clients and, for the network agencies, their owners.

Squaring the circle is an increasingly uphill task, so investing still further in the kinds of resources described above is hard. This takes serious investment in data science at a time when such skills are fought over and salaries are spiralling upwards.

One technique to address this is to target agency remuneration at the development of such services. At one level this could be part of the overall agency reward structure, where part of the fee is directed at the design and build of such a system, tailored to the advertiser, as part of the scope.

It is also feasible that agency performance incentives could be ring-fenced for reinvestment in the people and systems to build these resources. Some progressive advertisers are already doing this.

In extremis, media agency trading incentives, especially cash rebates, can be recycled to fund such resources, although those agencies who don’t accept rebates would be at a disadvantage. Reinvesting rebates in this way is preferable to their being used to pad holding company profits or simply pocketed as savings by the advertiser.

There seems no reason why the development costs of the services described above could not be funded in this way, and then charged separately once established.

We live in interesting times, and the ability of media agencies to charge properly for a service that was traditionally paid for by media trading is difficult when market conditions are tough.

However, if we are heading for (or are already in) a crisis, doing nothing is not an option and solutions must be found. Developing new approaches that others do not offer seems pretty sensible, as is finding a way to pay for them.

We can continue to describe the problem but the leaders of today’s media agencies have the resources available to solve it. There is a path towards the provision of upstream strategic advice that warrants the premium it would undoubtedly attract, while reducing reliance on media trading revenue and its ancillary benefits.

Nick Manning is a Mediatel News columnist, the co-founder of Manning Gottlieb Media (now MGOMD), and the founder of Encyclomedia International

Strategy Leaders: Mediatel News’ weekly bulletin with thought leadership, news and analysis dedicated to excellence in commercial media strategy.
Sign up for free to ensure you stay up-to-date every Tuesday.

BrianJacobs, Founder, BJ&A Ltd, on 26 Oct 2021
“Very rare for me not to agree with every word Nick writes - and I do agree with most of this.
The issue he raises, bringing all of the data together and 'making sense of it all' is exactly why four of us established Crater Lake and Co in the first place.
It is also the core thought behind the 'Making Sense of it All' series of video interviews we have been pleased to produce in association with Mediatel News.
Where I disagree is that media agencies are the natural home for this sort of work.
For it all to work optimally there needs to be what we refer to as a Clear Performance Narrative - as relevant and informing to media agencies as to their creative counterparts.
This has to be prepared with all stakeholders in mind, agency-side and client-side.
Crater Lake's principals are a creative strategist (Hilary Woods), a media strategist (me), a research agency (MESH Experience) and a data and analytics business (Custometrics).
We are we think better qualified than any media agency, creative agency or media auditor to deliver the clarity and depth that clients need.”