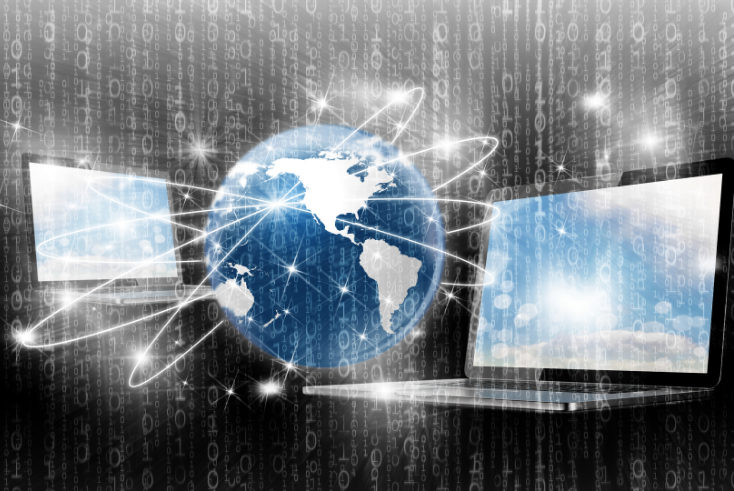 In the first of a two-part article, Nick Manning assesses what’s wrong with a digital landscape dominated by Google and Facebook and why the advertising industry is hamstrung to fix it

You are by now thoroughly steeped in the arcane world of the Metaverse, Web 3.0, non-fungible tokens, cryptocurrencies and the revolution in marketing being brought about by Virtual Reality and Augmented Reality, aren’t you?

If not, you need to shape up. One US commentator suggested that CMOs will already be panicking after Facebook’s name-change to Meta, and, if you don’t have an answer yet for how your brand will take advantage of the Metaverse, you’re ‘NGMI’ (Not Gonna Make It, kids!)

Even one media auditor is jumping on the bandwagon.

This is of course, hyperbole on steroids and the latest evidence of how the marketing industry veers like Dominic Cummings’ shopping trolley towards the latest ‘sexy’ thing.

Let’s leave aside the fact that, just because the Metaverse will be a reality one day, it doesn’t mean that brands should want to force their way into it. People already feel bombarded by advertising and most products are bought by normal people who think Oculus Rift is a character from Harry Potter.

Let’s also charitably assume that the Facebook rebrand as Meta is not just a smokescreen for its failure to control its platform and Frances Haugen’s whistleblowing. It wouldn’t be surprising if Facebook wanted to invent something better than it has got now.

Let’s also ignore for a while that most people like to be with other people in real life, especially post-Covid, and may prefer the kind of shared experiences that don’t require a VR headset. After all, wearables didn’t quite catch on, did they?

While future-gazing attracts understandable attention, the truth is that advertisers are wrestling with challenges posed by today’s digital channels, let alone the still-diaphanous opportunities of the next five years.

Now, if you’re thinking that this is going to be a piece about how good ‘traditional’ channels are, look away now. There is no longer any meaningful distinction between ‘digital’ and ‘traditional’ media; after all, BVOD is as digital as it comes.

People don’t distinguish between channels and nor should advertisers, but there is a world of difference between good and bad media for advertising, and the internet is where many of the true problems lie.

However, many of the main players in the online advertising market do not fit this description.

Far too much advertising money is being spent with media platforms that are unfiltered, unaccountable, unreliable, arguably complicit in public harm and provide a poor advertising environment.

Many rely on user-generated content that reminds us why we treasure talented professional content creators above Uncle Bob’s fishing photos or opinions on vaccines based on his YouTube ‘research’.

A lot of today’s online advertising looks like a mash-up between a newspaper’s classified column, a Tokyo nightscape and a Moroccan bazaar. The ‘content verification’ material at the bottom of most webpages looks like a deliberate attempt to annoy people for the sake of pennies in the pound.

No wonder overall levels of advertising effectiveness are falling and public trust and favourability in advertising has declined, presumably in line with the growth of  ‘last click’ measurement.

However, the biggest issue of all for advertisers is the inversion of the traditional pyramid where advertisers and the media lived in a state of symbiosis, with a mutual stake in the success of advertising.

The advertisers called the shots and the supply-chain served their needs for a modest cut.

Neither of these two conditions applies today.

Now, the big advertising revenue is being made by the large digital platforms who are not responsible for the content they publish, nor accountable for its audience delivery, nor for its performance. It’s just a firehose of impressions, with some peaches but mostly lemons, for which the advertiser pays without the traditional guardrails of industry research or reliable data from the media vendor.

Meanwhile, vast profits are being made by the adtech intermediaries who simply provide the plumbing but have no responsibility for the quality of the ‘water’ flowing through them. They get paid handsomely anyway and can even determine the cost of advertising at will by masking arbitrage.

And while the super-profits from digital that were being made by the media agency networks may have been at least partially curtailed by the move towards transparency, that game is hardly over.

The advertising market is about as dysfunctional as any market can be, where the people who should benefit the most have been relegated to bystanders, and where advertising budgets often disappear into a black hole.

None of this is new, but the industry doesn’t seem interested in talking about it.

Maybe the status quo suits many people and they don’t want to rock the boat, or maybe there is a sense of helplessness. Either way, a lot of blind eyes are being turned.

Let’s consider some of the evidence:

The reality of today’s internet-led media universe is that Social Media is controlled by Meta (and its associated properties) and the Open Web by Google and this is not healthy for society and certainly not beneficial for advertisers.

Yes, alternatives are available for brands but they lack scale and can struggle to compete in a market where Facebook and Google call the shots.

Google’s control of the market is amply proven by its decision to phase out third-party cookies, a move that requires everyone else to rewrite their business plans, leading to a scramble for incompatible identifiers.

Fortunately, there are new signals that long-overdue change is coming, but those signals are coming from outside the advertising industry:

According to the US court documents, the dominance of Google in the Open Web stifles competition, discourages innovation and keeps advertising costs higher than they should be. Google has 75% of the US market and yet charges the highest take-rates, a classic example of a distorted market.

[advert position=”left”]
It is an extraordinary irony that Google commands such a large share of the market and yet the ISBA/PwC study in 2020 identified nearly 300 different supply-chains across only 15 advertisers and 12 publishers.

This market is excessively concentrated and yet over-complicated at the same time; a rare feat, but it allows Google to claim that there is plenty of competition.

And last, but by no means least, some industry observers are putting the jigsaw together across all of these dimensions and calling for government action, even if such a respected commentator as John Naughton believes even legislation may be too late and take too long.

The business pages are abuzz with such stories, yet there is a roaring silence from the advertising industry over these egregious market factors.

The stranglehold that the big platforms have achieved means that the advertising holding companies and publishers are in thrall to them, and dare not comment publicly.

It is left to the trade associations and some enlightened advertisers to try at least to stem the tide through the Conscious Advertising Network and the Global Alliance for Responsible Media, but making these initiatives work in real life is hard sledding.

In fairness, it’s a real dilemma for media agencies and publishers. The properties and tools that the big platforms have developed over time make life easier for them and save costs. Without them, the West would be even wilder.

Many publishers have become reluctantly reliant on the traffic generated by Facebook and Google’s search ranking algorithms that encourage short-term traffic generation but sacrifice revenues.

For the media agencies it’s a more benign picture. They can operate more efficiently while extracting margin from the complexity of the market.

And it must be said that many advertisers do benefit from the large platforms, especially performance-led players and SMEs, but without knowing much about how and why.

But for most advertisers internet-based advertising is a constant challenge where the input costs and effort are rarely aligned with positive outputs or it’s just difficult to tell if they are. They just have to keep going and constantly feed the machine.

On a positive note, the advertising eco-system is itself in transition as  ‘new economy’ advertisers replace the old guard as the big spenders in the market.

We can hope that these new players will address some of the present dysfunctionality of the media market by bringing fresh thinking in media strategy and execution.

However, the pyramid won’t be re-inverted in favour of all advertisers in the near future, and so individual advertisers will need to provide their own solutions to the dysfunctionality of the market. There are actions they can and should take to address the difficulties covered in this column.

In Part Two next week, I will provide recommended solutions for some of the pitfalls outlined in Part One, designed around the real-world challenges of today’s advertising market and designed to provide some soothing balm to problems that, taken together, can appear too big to address, even before the Metaverse arrives.

Nick Manning is the co-founder of Manning Gottlieb OMD and was CSO at Ebiquity for over a decade. He now owns a mentoring business, Encyclomedia, offering strategic advice to companies in the media and advertising industry. He writes for Mediatel News each month.

TessAlps, Council member, ASA, on 01 Dec 2021
“Top-notch as always, Nick. The internet is wonderful in so many ways but too much shit is tolerated there. Hard to know what we can do as analysis (flawed inevitably) suggests that the major advertisers spend relatively little on social at least and they are getting their heads around what drives search (clue: paid quality brand advertising). It's the long-tail advertisers that our industry has minimal interaction with who are fueling such heady growth. How do we get the message to them, particularly when they use Google analytics and other less than impartial attribution systems? By the way, can I make another plea about the use of 'digital' as a meaningful differentiator. When everything from cinema, OOH and radio is increasingly 'digital', not mention 100% of broadcast telly, the word serves no purpose. Internet is still probably the broadest and most elastic term covering web, mobile, apps, streaming etc etc but personally I think either 'online' or 'connected' media are the most useful because they convey 'connectedness' which is what makes those media both full of exciting opportunities and riddled with problems. Looking forward to the next part”
NeilSpencer, Partner, Slik Media, on 24 Nov 2021
“Nick has nailed-it. Can't wait for next weeks episode.”
DraytonBird, Writer, Drayton Bird Associates Ltd, on 24 Nov 2021
“What an excellent, comprehensive review of the “landscape” and associated bs!”