The case for self-regulation 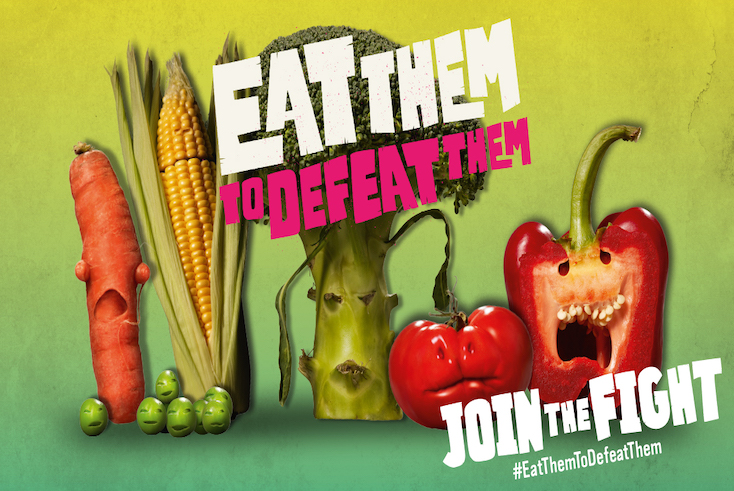 Ministers’ insistence on including in last week’s Queen’s Speech their plans for a broadcast watershed and an online ban on HFSS ads, under the guise of tackling obesity, was indeed disappointing.

We were almost as disappointed to read suggestions that the re-announcement means that the advertising industry was “failing to be heard”.

It won’t surprise you to learn that we feel this is somewhat wide of the mark.

Equally inaccurate are suggestions that ad-land has no influence in the corridors of power; or that food and drink companies have failed to make their cases to their sponsoring government departments.

It is true that, as responsible trade bodies, we seek to work constructively with policymakers where we can – collaborating to meet the challenges which will take collective effort to surmount, from our industry’s contribution to mitigating climate change to making the internet a safer place to be.

Our choice of language as an industry in public is important and is something which commentators sometimes fail to recognise.

We are not about to engage in a war of words with government. We will always engage with Ministers and officials in the most positive and constructive way possible and will – as we have always done – represent the industry in a way which reflects correctly back on our many stakeholders who seek to be able to advertise responsibly.

We believe that’s what our members expect of us.

Of course, they also want us to be clear and robust when government is getting it wrong. That is exactly what we’ve been doing over the Prime Minister’s well-meant, but substantially flawed, obesity strategy.

We believe the 9pm watershed and full online ban are destined to fail in reaching their intended target of lowering obesity among children.

Take the pre-9pm TV ban, for example. The Government’s own research shows this will lower calorie intake among children by 1.7 calories a day – that’s the equivalent of half a Smartie.

This is a trivial impact, especially given the Government has set a reduction target for children of 500 calories a day.

In contrast, initiatives like The Daily Mile, supported by the broadcasters, or ITV’s advertising campaign Eat Them To Defeat Them (pictured), supported by other broadcasters as well as retailers, would have far more impact.

The Daily Mile, for example, burns off about 100 calories through walking or running for about 15 minutes a day.

This is where the Government should focus its efforts, rather than ineffective bans.

From the moment that the watershed and online ban were first mooted, we have been absolutely clear in our response: It is a wrong-headed policy with no evidence that it will work.

The prospect of a total ban of HFSS advertising online, when it is not banned in any other advertising medium, is self-evidently blunt and disproportionate.

We’ve said that repeatedly in public – including on the day of the Queen’s Speech – and privately, to Ministers and their officials across government.

Some of those meetings have been extremely forthright. Certainly a bit more than “a slap with a wet fish”. And while they may not have escalated into a full-on food fight, they have definitely been spicy.

Our members do feel that government may be more interested in chasing headlines on this than actually investing in the real measures that will make a difference to Britain’s obesity crisis. But everybody recognises that there is such a crisis, and that it’s important for the advertising industry to respond.

That’s why we have invested an enormous amount of time and brainpower into coming up with an industry-led solution covering online.

Members of the Committee of Advertising Practice (CAP) – the organisation that writes the advertising codes – have sat around the table and created a self-regulatory option, which would satisfy the Government’s policy aims, while avoiding the sledgehammer of a total online ban.

CAP’s online targeting guidance would be tightened to significantly improve compliance with existing standards in respect of age-restricted ads.

It would make clear that marketers must deliver age-assured targeting, and that failure to demonstrate to the ASA that this has been done without legitimate reason would be considered a breach of the Code – irrespective of whether a child actually saw the ad.

Amongst the proposed additions to the guidance would be, for media selection, pre-bid monitoring to a robust set of criteria to assess whether the page on which the ad will appear is appropriate; pre-bid blocking of sites or pages that have been identified as inappropriate; and exclusion/inclusion lists to exclude sites that are child-oriented or likely to be of significant appeal.

In terms of audiences, declared age alone would remain an insufficient basis for targeting.

Inferred ages would be used as a minimum requirement, with the expectation that marketers will take further steps to minimise the chance of an under-18 being served an ad. There would be pre-bid blocking of all under-18s and users whose age cannot be reliably identified; and post-bid audits of age data would be undertaken.

This move would be backed by a major monitoring and enforcement push by the ASA.

It’s a meaningful change, which makes full use of industry’s technological capabilities to ensure that children aren’t seeing HFSS ads.

It’s exactly what government wants to happen – only without the economic consequences, for our members and for our high streets, that will likely result from the 9pm watershed and online ban.

Of course, it’s difficult, when a government has set a course, for them to veer away from it. Especially when the Prime Minister has associated himself so closely with the desired outcome.

When Ministers finally respond to the recent consultations, we will see whether the enormous amount of work that’s gone into our engagement on this issue has borne fruit.

But one thing is for sure. If the Government chooses to continue chasing headlines rather than making evidence-based policy that works, it won’t be a failure of our industry to make itself heard. It’ll be a failure by government to listen.

BobWootton, Principal, Deconstruction, on 18 May 2021
“Pleased I’ve helped stimulate debate, honoured by the attention and fully supportive of the coherent, high-level response from our several august bodies.

However, my focus was not the what but the how, which in this instance has not worked well.

I also suggested a change of approach which might not chime with the way that things have been done hitherto but could deliver better in future.

I hope the debate - and the ongoing quest for improved outcomes - continues.”