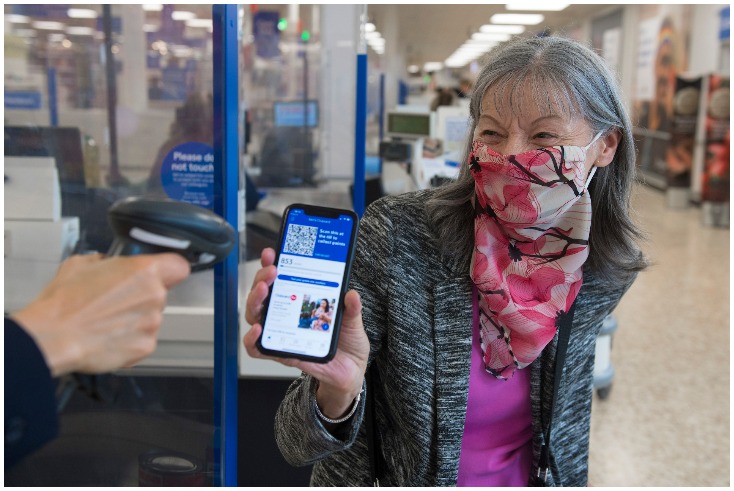 Tesco and its customer data science company Dunnhumby have announced a spate of online and offline media updates to the Tesco Media Insights Platform.

The UK’s biggest supermarket revealed details today about how it is building its retail media business after Tesco and Dunnhumby launched the “UK’s largest closed loop grocery media and insight platform”, last year.

Matt Robbins, media enablement director at Dunnhumby, said that at launch there were five channels in which Tesco and Dunnhumby provided retail media, and within those, there were more than 20 different media propositions catering to different sizes and need states, from awareness to individual activation targeting.

Robbins said the Tesco Media Insight Platform gives advertisers “the power to understand customers like never before” through its first-party data at scale revealing what types of brands and what combinations 20 million consumers are buying. Alongside this, there is the measuring capability which allows brands to understand “the pound of every spend of that media”.

“We’re working hard on a lot of new insights [that] are being developed to actually predict which pieces of NPD [new product development] which need space for customers are big opportunities for brands,” Robins added.

As an example of this, he highlighted no or zero alcohol is a “booming area” at the moment in the beer, wine and spirits sector.

Tesco is trialling a “Scan as you shop” ad capability in 50 stores which allows advertisers to put their brands on the scanners used by ‘self-serve’ customers. The plan is to roll this out to all largest stores by the end of the year.

There is now an option to measure those campaigns through a new product called Dunnhumby Sphere, which is a self-serve tool being built at the moment.

Robbins said eventually as all different modules of Dunnhumby Sphere launch, there will be more and more capability for brands to self-serve media including selecting, targeting and measuring, in addition to its managed service through its media planning teams.

Further down the line, Tesco and Dunnhumby plan a connected TV expansion with “all the classic TV brands”, in a similar vein to their partnership with Facebook.

Salvatore Pendino, media consulting manager and digital specialist at Dunnhumby, said Tesco and Dunnhumby were already seeing “real success and really high engagement” with relevant sponsored search from customers and advertisers, with more than 195 million searches on Tesco per week on average.

Behind the scenes, he said they were optimising the algorithm and improving relevance and currently relevant sponsored search provides a 60- 80% conversion rate on average, and a return on adspend between 250 and 400, with strong outliers in beer, wines and spirits categories.

Pendino added: “Increasingly we are seeing brands and advertisers start to move their spend from sort of dipping the toe in the water, testing it out, seeing how well it works, and actually starting to get a much more “always-on” approach reaching customers, however they shop.”

Sponsored checkout offers on the Web are also slated to be brought in soon, although no date has been confirmed.

Pendino explained this is being “actively developed” at the moment, with an “absolutely massive” reach opportunity to customers at a crucial point in a purchasing mindset before they complete the check-out and pay. Tesco customers are currently making 1.1 million online orders a week.

Additionally, new targeted grocery app display banners have been added and are being developed.

Pendino said: “This is going to be really highly viewable highly engaging display banner content within key touch points on the app that currently don’t have media in. This will be a really key expansion to our placements that we’ve got.”

The Tesco grocery app continues to occupy a majority market share at 36%, which is twice the size of the nearest competitor Sainsbury’s, the company said.

Another future project is to improve Tesco Zone pages to give brands more presence and the ability to direct add to basket, and digital on-site and in-store measurement.

Tesco now has the largest digital out-of-home screen network in the UK through a long-standing partnership with JCDecaux.

The supermarket now has 500 screens and 100 new 75 inch screens which can be seen on an average of 1.9 million visits, already a third of the highest ranking audience on TV, Alexander stressed.

These screens can be “a really dynamic channel” as they can be personalised with up to 30 different creative messages during a campaign to speak more specifically to a town, city, mood of a nation or react quickly to a sporting event.

In-store radio is now available in 2000 stores nationwide, 90% of Tesco’s estate, and is a mixture of music and ads.

Alexander said most customers spend around 42 minutes in store, plenty of time for in-store radio provides to educate customers.

Cost-of-living will get worse before it gets better

Tesco consumer insight showed the three highest concerns across the board was personal finance, health and the planet.

Inflation is at the moment forecast to be around 11% at the end of 2022, and the IGD predicted food inflation to peak in the summer around 15%, although city reports are saying it could be closer to 22%.

The cost-of-living squeeze is expected to get worse before it gets better, which will not only affect consumers at the lower end of the affluence scale, but also in the mid tiers, and Tesco is already seeing switching to own label as a result, Robbins said.

He urged brands to get involved in Tesco’s “We Want You To Spend Less” campaign to help consumers deal with rising costs, which is underpinned by Aldi price match, below every day price and ClubCard prices.

Robbins commented: “Essentially what we really want is the brands to be part of that journey too, in particular that club car prices box. It’s an opportunity for brands to support this messaging and to help those that are struggling the cost-of-living to service your brands and promote your brands that hopefully supports you but also supports customers in the same way.”

Dunnhumby, founded by Edwina Dunn and Clive Humby, helped Tesco establish the Clubcard loyalty scheme in 1994 and is now a global data science consultancy that is wholly owned by Tesco.