Something’s afoot that scares me shitless 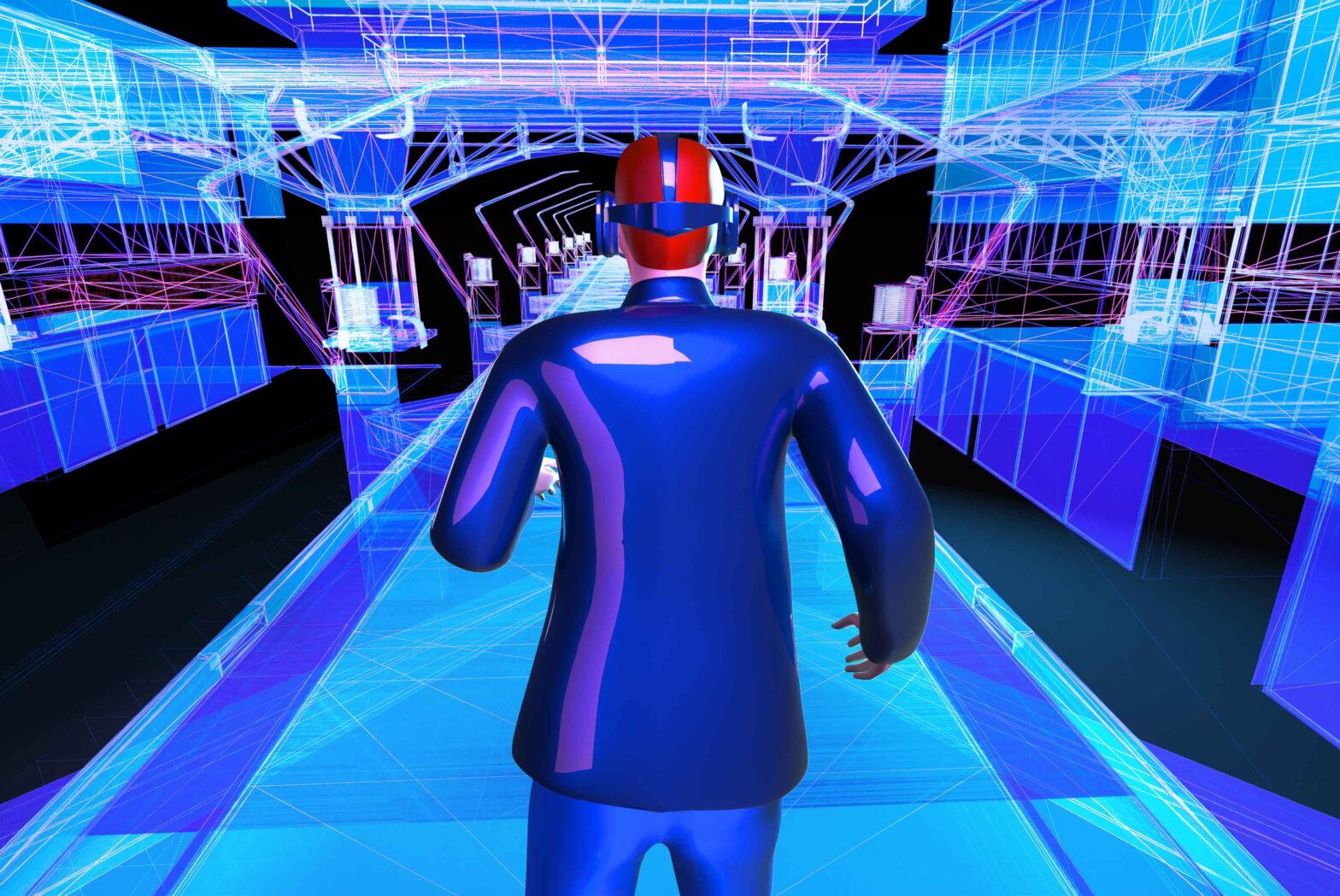 The metaverse, or more precisely the mess we’re going to make of it, is a very dangerous prospect for our industry.

True to form, our industry is afroth with talk about the metaverse. Facebook/Meta and others are sinking admittedly tiny fractions of their vast and unaccountable revenues into teams of people working on “it”, whatever “it” might be.

Agencies tell us how tough things are while an increasing number gleefully announce dedicated units.  (How many are real or simply keep-up hyperbole isn’t clear).  Meanwhile, advertisers and agencies alike continue to spunk money indiscriminately into the online swamp.

Many are styling themselves as experts in this new space.  Never was the “In the land of the blind…” truer.  There’s a new guru around every corner and these people are now in play for serious salaries.

And as with every shiny new thing, our collective instinct is to overestimate short term impact, even if we might sometimes underestimate the eventual longer-term.

Look at what has been subverted and ruined already

So far, so unsurprising. Why does it scare me so much?

Well, look at our track record.  I’ve railed against this recently so I’ll only repeat the bones of our “success” and “achievements” to date.

An extraordinary advertising channel – online –  has been subverted and ruined:

– Creative: content is routinely poor, only exceptional examples are any good and effectiveness continues to diminish .  Apologies to all the folk who toil in it, but this has to be said, repeated and hopefully eventually acknowledged and addressed

– Targeting: the targeting promise is a train wreck too.  Think privacy and stalking while messages routinely go “astray”, the latest of legion examples being “reputable” publisher Gannett’s admission that billions of online ads went to completely wrong places, if at all.

– Accountability: fraud is endemic.  Nobody can account for where all the money goes, in many cases, not even half of it.  In any other walk of life this would be seen as grossly negligent but advertisers and their agencies plough on.  Sadly, their auditors seem no better.

Not that anyone pouring advertising money into seems to care despite the well-documented cumulative corrosive effect on advertising and peoples’ acceptance of and receptiveness to it.

The internet can be an extraordinary medium for exposing malign intent, even if it is regrettably just as good a channel for perpetrating falsehoods.

But it’s not a good starting point for imagining what we’ll do in a metaverse.

Sorry, I’m going to drag Second Life up again.  It may be old hat, but it’s absolutely relevant.

I was already past my first earnout and into my second career when it emerged.  Curious, I set myself up and spent some time with it.

I never got involved enough to buy the virtual currency, Linden Pounds, which offered an early glimpse of bitcoin without the blockchain underpin because it was a very boring place.

Apart from one thing – the longest it ever took my avatar to get propositioned for sex (or into a violent altercation, or both) was 30 seconds.  Quite a thrill for someone who isn’t continuously propositioned by gorgeous creatures, you might say, but if you don’t find it too unpalatable then please hold this thought as I’ll return to it.

Now, deepfakes are a part of life these days.  Some are very clever and very, very good, though they still take a lot of work and processing power.  But just as publishing, music, photography and filmmaking have been facilitated and democratised by tech, so deepfakes will become ubiquitous and commonplace.

It will become very difficult to determine what is real and what is fake, with consequences for society.  Remember, an unverifiable photograph (ok, and some seriously shit behaviour, choice of friends and media appearances) just did for a senior member of our royal family.

A deepfake-infested metaverse is a scary certainty.

One thing that should bode well is the growing familiarity with and enjoyment of gaming.  It overtook advertising as the biggest of the UK’s creative industries several years back and continues to thrive.

There are Almost 47 million gamers in UK, almost three-quarters of the entire population.  Like music and film, it’s an area in which the UK punches far above its weight.

Gaming and the metaverse need the same human interfaces – space-consuming screens or the dreaded headsets – old-school, closed-back, over-ear headphones for the eyes.

(We all have our own preferred slapstick.  Mine’s watching YouTube videos of headset wearers losing spatial awareness and crashing into everything).

In promising so much, Google Glass disappointed in equal measure.  Perhaps it will work this time – something like it will be essential for a metaverse.

Voice assistants have achieved massive and rapid penetration, often as Xmas presents.  Every other person has one.  But the new toy’s initial flush of enthusiasm and excitement swiftly gives way to disillusion and boredom.

Remember all the noise about “skills”?  In truth, few have persisted to gain control of their lights or curtains.  Most just treat VAs like a dog or stupid relly, albeit one it’s politically acceptable lightly to abuse.

(Unless you work in advertising and can have someone configure it all for you. And then return each time your broadband reconfigures.  Er, every week then…!).

PS does anyone else say “thank you” to their Siri or Alexa? [blushes]

I’m not even going to start extrapolating what the appalling mess that includes “AI” and chatbots in the CRM space might look like in a metaverse.  On past and current performance, can you even imagine how awful that’s going to be?

A lack of guile and regulation

A couple of weeks ago, the BBC set themselves up with an avatar, entered the early metaverse and found itself in a pole dancing bar with no age challenge.

Surprise – they were importuned for sex, drugs et al.  I don’t need to tell you what the NSPCC’s interviewee had to say….

With regulation trailing by a decade, this is what it’s going to be like.  Our sheer lack of guile means we will be necks deep in it.

I’ve long argued that we’ve been the architects of many of our own woes.  Too swift to blame everything from clients to Government, each other to organised crime.

So, given the hash we’ve made or allowed –  no, let’s be honest, sponsored –  others to make of online, imagine the likely mess we’ll make when we get our hands on a working metaverse.

Will an industry that relies upon – sometimes exploits – worships youth and nowadays churns like an ice cream machine ever learn?  Not so far, to its accumulating cost.

It’s in our gift to address all of this.  We just have to want to.