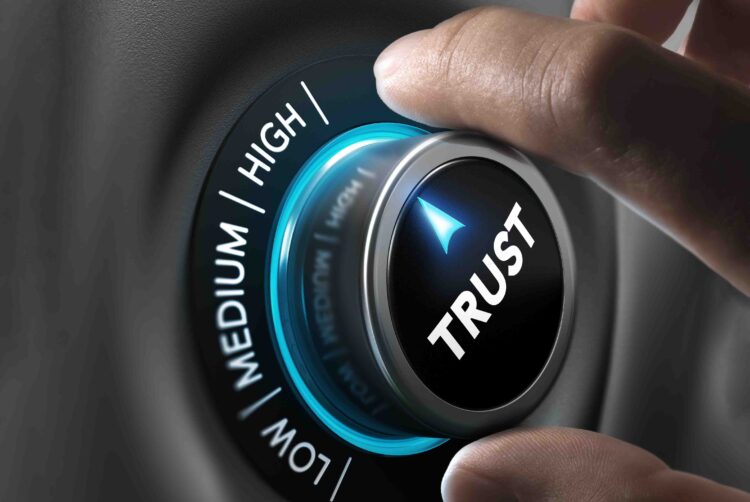 We must develop a more comprehensive idea of trust that includes information that is not strictly ‘inaccurate’ but is deeply misleading in the way it is used.

Trust in media for both content creators and advertisers has always been important, even if the specific term was not always used.

Trust as a catch-all has brought together important characteristics such as accuracy, reliability, fairness and even decency. The concept has been highlighted, and indeed backlit, by the vast swathes of the online communications universe where no such trust exists and where the false, the fake, and the totally scurrilous reigns supreme.

Progress has been made. There has been a considerable fight-back against fake news and medically dangerous conspiracy theories.

Broadcasters such as the BBC and Channel 4 have set up routine fact checkers although in the nature of live radio and television the challenges often come after the event, or through the analyses of the splendid Ros Atkins.

There are charities such as Full Fact in the UK and in the US businesses such as NewsGuard, which in effect certifies, mainly for the benefit of advertisers, the reliability of news sources.

Subscribing advertisers and agencies can see at a glance when a media outlet, and increasingly television stations are included, passes basic accuracy and reliability tests.

At the extreme ends of the market, there is still plenty of work for NewsGuard to do. The organisation recently cited at least 40 false or misleading statements put out by Newsmax, the conservative American TV channel, many flowing from the January 6 Capitol invasion. They include the false statement that the attackers were unarmed and repeated claims that President Trump called out the National Guard but was blocked by House Speaker Nancy Pelosi, something for which there is absolutely no evidence.

Rupert Murdoch continues to mire both his own reputation and that of Fox News by deploying Tucker Carlson as Fox News host despite his taste for the great Trump election fraud delusion and Covid vaccine scepticism. It is more than possible that the overall scepticism of Fox News hosts — based on prejudice and ignorance — could have led to otherwise avoidable deaths from Covid among viewers influenced by their broadcasts.

The principle of separation of editorial and advertising, whatever the media, is a sound one, and advertising boycotts provoked by pressure groups are usually unnecessary and counter-productive.

The advertising industry is, however, entitled to decide the context in which products are advertised and make their own choices. Most of the tech giants have invested heavily in trying to police their own rules although they mostly fail to enforce them, or there is a considerable delay in removing offending material.

There is a long way to go and clearly further regulation is needed to control the activities of the likes of Google, Facebook (Meta) and TikTok.

For now surely advertisers do not have to be convinced that it is not in their interests to advertise anywhere near those pushing self-harm, or even much worse, content glamorising suicide that is aimed and aimed at young people.

It is indeed a question of trust and the ad industry has to make moral choices and take responsibility alongside media owners.

They may also have to take on board a new expanded concept of trust in media that is now emerging, which takes the concept far beyond the obvious, easy-to-spot fake, false and downright evil.

It is a more nuanced interpretation that will make the issue of trust more central in the years to come, but is one that will require more sophisticated choices by all involved.

We must develop a more comprehensive idea of trust that includes information that is not inaccurate in the strictest of senses but is deeply misleading in the way it is used or interpreted. Sins of omission should be taken into account, as should the increasing blurring of the line between fact and opinion.

Such a debate will become more current and pressing because of the enormity of challenges humankind in general, and the UK in particular, is now facing.

Climate change is increasingly posing an existential threat to humanity but to what extent is this being adequately reflected in the media beyond reporting of individual, unconnected tales of disastrous storms, floods and fires.

Surely an imbalance between the threat and the coverage of it — which in turn allows politicians to look the other way and indulge in short-termism — will soon be seen as a lack of trust in the media.

Credibility is at stake

Now they have doubled down and are still misleading their readers, either by minimising the negative consequences of Brexit or by ignoring them altogether.

That, too, is a question of trust.

The same publications — and they nearly always are the same publications marching in lockstep — risk their credibility by continuing to support any Conservative administration, however inept the performance and however that hurts not just the poorest in the land but their supposed readership base, Middle England.

Will such papers which so enthusiastically supported Cameron, May, Johnson and then Truss still applaud as loudly the Truss successor who may already be lurking in the wings?

And what happens to the Right-wing papers and their websites if the polls stay stuck on a Labour UK election victory? Will they then move effortlessly into opposition and vilification?

It’s almost as much a matter of self-respect as it is of trust.

The inquiry into the handling of the Covid pandemic could end badly for the Government of Boris Johnson. It could also be embarrassing for the Right-wing press which spent more time lauding the cause of individual freedoms and prioritising keeping the economy open over the dangers posed by the pandemic.

Such a stance was also a matter of trust, as is the current willingness to underplay or ignore the effects of Long Covid or the fact that the number of Covid infections, and hospital admissions, are on the rise yet again.

Readers will increasingly judge the media on whether they are worthy of trust in the face of the challenges, political, social, scientific and medical that society faces.

It would be sensible if the advertising world also paid attention to the importance of Trust in the widest meaning of the word.