How the Culture Secretary handled a public dilemma speaks volumes 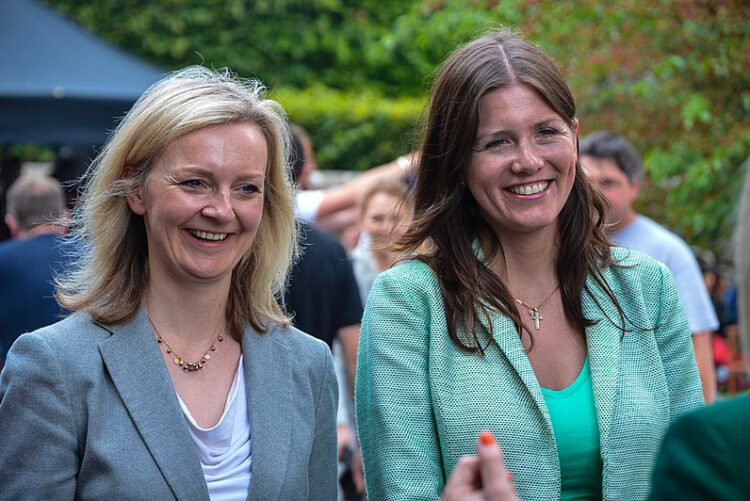 Michelle Donelan’s appearance at Society of Editors’ first Media Freedom Awards revealed some choice hints as to how the Government’s relationship with newsbrands and broadcasters could change.

There was one of those magic moments at the inaugural Society of Editors’ Media Freedom Awards when Culture Secretary Michelle Donelan came to speak and hand out an award.

But you had to look very carefully to catch it. Donelan said all the right things to an audience that included some of the UK’s finest investigative reporters and foreign correspondents.

In particular the Culture Secretary promised that legislation would return to Parliament “in the next few weeks” to finally abolish the notorious Section 40 of the Crime and Courts Act 2013.

The provision, which means that newspapers would have to pay the costs of both sides in defamation and privacy cases even when they won, has never been implemented. But it has been held in reserve hanging over the necks of newspapers, particularly the regional press.

Repeated promises to abolish the provision have been made since 2017 but now it might actually be about to happen.

The News Media Association has estimated that Section 40 could cost the regional press around £48m a year and some titles simply could not afford to contest such a lawsuit and might be forced out of business.

Donelan also promised further substantial protection for journalists in the Online Safety Bill and went out of her way to emphasis the importance of journalism to our democracy. “The people in this room ask the questions that need asking and they hold those in power to account,” said the Culture Secretary.

Indeed they do and many of those specialist holders of government to account, and her government in particular, were in the room waiting for their awards to be announced.

No mention of the ‘P’ word

There was Paul Brand of ITV, highly commended in the political journalist of the year category, for being instrumental in 126 Partygate police fines, including one that made Boris Johnson the first British Prime Minister found to have broken the law.

But the winner was Pippa Crerer, of the Daily Mirror (now at The Guardian), for a series of exclusives, including ‘Partygate’, breaches of Parliamentary sleaze rules, Sir Geoffrey Cox’s trip to Mauritius and the ‘Pestminister’ scandal.

Cue rapturous applause. But tricky for Donelan: should she cheer a woman who played a key role in the removal of her last but one Prime Minister? But equally it would be more than a little churlish to sit like a statue.

The Culture Secretary solved her public dilemma by holding her hands at waist level and bringing them ever so gently together, touching once or twice without emitting any discernable sound. Joyous to behold.

Earlier Donelan had given The Media Freedom award to PA Media and its editor-in-chief Pete Clifton for the organisation’s role in campaigning for press freedom and its commitment to open justice by covering court hearings that might otherwise go unreported.

Slowly Donelan (a former Universities minister), is building a reputation for competence, no mean feat in current circumstances, although at Culture the bar has been set so low in recent years that it would challenge the most talented of limbo dancers.

Almost to prove the point, her predecessor Nadine Dorries attacked her for apparently planning to remove sanctions in the Online Safety Bill against online platforms publishing “legal but harmful” material on freedom of speech grounds “Michelle has been in the job five minutes and does not understand enough about it,” Dorries sniffed.

Alas there was no mention of the “P” word — Channel 4 privatisation — despite the presence of distinguished Channel 4 journalists and presenters.

It has all gone a bit quiet since Donelan promised to review the issue and to be guided by the business facts of the matter. As there is no credible business case for privatising Channel 4 it should be an easy business decision, if a tad tricky politically.

The presence of former Culture Secretary Jeremy Hunt at the Treasury should provide weighty support around the Cabinet table for jettisoning one of Boris Johnson’s more vindictive policies — which in the scale of things would be a very small U turn indeed for the Government.

As Culture Secretary I do hope she had nothing to do with the English Arts Council madcap scheme to hound the English National Opera out of London but that’s another story. But so far, so good.

The new Media Freedom Awards are a welcome addition to the media calendar often reflecting months, if not years of hard, relentless, and in some cases, dangerous work. Their there be few more important topics in a dangerous world and it is good to unite, print, online and broadcast.

There was recognition with a Special Judges Award for The Voice, which has just celebrated 40 years of representing and campaigning for the black community.

The Bob Satchwell Award, marking the life of the late chief executive of the Society of Editors, honoured a two decade-long campaign by the UK’s broadcasters to get cameras into the law courts.

It culminated this July when broadcasters were, for the first time, able to film the sentencing of offenders.

The Daily Mail was one of the big winners of the night with four awards including the paper’s exposure of Smart Motorways, or “death trap roads” and Isaan Khan’s exposure of the extent of racism in Yorkshire cricket club.

It is amazing what great stories the Mail can come up with when it manages to avert its gaze from misleading its readers on Brexit and asylum seekers, and hailing each successive Tory Prime Minister as the latest Saviour of the Nation.

But it was the sheer number of the accomplished women that stood out — a phenomenon exemplified by the fact that five of the six people on the shortlist for foreign correspondent of the year were women. In the end, Christina Lamb of the Sunday Times edged out Alex Crawford of Sky News, who in turn was chosen as broadcast journalist of the year.

It would be nice to think that Donelan will stay in her job long enough to come to next year’s event and be presented with the Judges Special Award for politicians who change their mind in the fact of the facts — for dropping the damaging privatisation of Channel 4.