How much longer can we avoid the 'B' word? 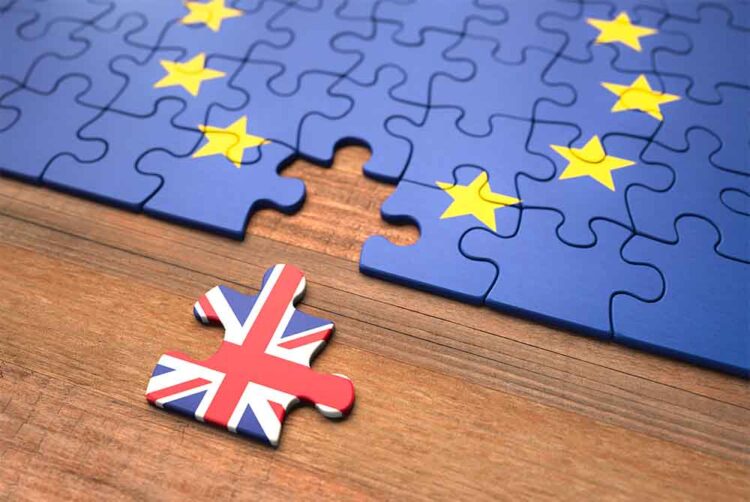 The press is full of Conservative leadership stories as the UK faces political and economic turmoil. But Brexit remains the root problem and the pressure will only increase.

It may be little more than the first swallows arriving in springtime, but in the past few days there have been unmistakable signs that some have at last begun to join the dots and clarified the origins of our current political and economic malaise.

It was put best by Matthew Syed in the Sunday Times, which rather daftly suggested at referendum time that we should vote for Brexit and then refuse to actually leave.

Syed likened a six-year Brexit cult to the UFO supporters who gathered in Minnesota to await the arrival of a spacecraft at midnight on 21 December 1951 that would sweep them up and take them to a planetary utopia on the edges of the galaxy.

When the spaceship failed to arrive, they decided it was coming two years later and began recruiting vigorously again.

According to Syed all the chaos of recent years, including a fourth Chancellor in less than a year, is the logical consequence of a sequence of events stretching all the way back to Brexit. It is Brexit, Syed argues, that sits behind all that has unfolded.

True believers prophesied that the economy would grow at a faster rate, advantageous trade deals could be secured all around the world, immigration would be cut to a fraction of its former self, while productivity would be turbocharged.

When none of the above happened and the economy shrank, and investment and exports tanked, still the true believers howled with derision at reality — like the UFO fans.

“The more our economy suffered, the more our credibility was eroded, the more they cleaved to the cake-and eat it fantasies that got us here,” Syed argued.

The truth will (slowly) seep out

In the Brexit heartland of the Daily Telegraph, Jeremy Warner told it like it was at the weekend.

“Downbeat projections by the Treasury and others on the economic consequences of leaving the EU, contemptuously dismissed at the time by Brexit campaigners as “Project Fear,” has been on a long fuse, but they have turned out to be overwhelmingly correct, and if anything have underestimated both the calamitous loss of international standing and the scale of the damage that six years of policy confusion and ineptitude has imposed on the country,” Warner concluded.

He was not being wise after the event. At the time the Telegraph assistant editor had warned that leaving the EU would be “a diplomatic blunder of monumental proportions.”

In the remaining Brexit supporting wing of the Telegraph, Tim Stanley is still loyal to the old cause. Truss, he believes has been subjected to “a very British coup. More than a little strangely Stanley believes that the argument against Brexit has been emotional “but watch as it becomes technocratic.”

By this he means that the “grey men,” whoever they are, will say that in the light of the current political and economic turmoil Brexit is simply something that we cannot afford.

Oh dear; how thin the Brexit arguments are becoming.

Over at the BBC, where the “B” word has dared not speak its name for the years since the narrow vote for Brexit, it is now possible to hear many of the current ills of the UK attributed to Brexit.

In the Financial Times (a Remain newspaper), former Bank of England governor Mark Carney diplomatically observed in an interview at the weekend that in 2016 the UK economy was 90% the size of that of Germany. Now it is 70%.

Slowly the truth is beginning to seep out, but you have to look carefully to find it. Of course the Sunday Telegraph, edited by that arch free-market Brexiteer Allister Heath, is still carrying the 55 Tufton Street line from the now increasingly discredited “Institute” of Economic Affairs in the form of opinion pieces by its chief executive Mark Littlewood.

Littlewood naturally believes that Liz Truss got her diagnosis of the UK economy right but unfortunately has been unable to carry through the “cure” — major economic surgery.

The tune may change, but it’s still noise

The Sunday Times believes that Truss should step down in favour of Rishi Sunak who should then call a general election to land Sir Keir Starmer with the political and economic mess the Tories have created.

Adjoining the leading article is a column by Dominic Lawson who argues it was quite wrong of the Lib Dems to claim Liz Truss as their sleeper agent trying to undermine the Conservative Government.

No, Lawson argued — Truss is a sleeper for the Labour Party and a very successful agent she has been too, under the influence of her Left-wing parents. The final proof, according to Lawson, came in Nick Robinson’s programme Political Thinking when Truss admitted that her dad is still struggling with her political views. “Sometimes he thinks I’m a sleeper working from the inside to overthrow the regime, ” she said.

Lawson suggested that anyone familiar with such matters will know that the double agent sometimes has an uncontrollable urge to hint at the truth. Only at the very end does the Brexiteer admit in the tiniest of small print: ”All right. Agent Truss is a fantasy. But it’s as good an explanation as any.”

None of this turmoil, and the identification of the Brexit origins of the unprecedented breakdown of political norms, has yet filtered down to the Brexit cheerleaders of the Right-wing tabloids.

When they find out it will eventually come as a shock — though some might have noticed in passing that fintech company Revolut is taking a million of its European customers from the UK to Lithuania, citing Brexit as the cause.

Instead the Right-wing newsbrands are concentrating on the leadership battles within the Conservative Party, which can only end badly for Liz Truss — however short or long the days left to her are in Downing Street.

The Daily Mail, a paper that trumpeted Truss from the outset, and welcomed her budget with great enthusiasm, has changed its tune. By Saturday it was a case of “How Much More Can She (And The Rest Of Us) Take? By the beginning of the week the Mail was into “mutinous” Back Bench MPs plotting to remove Truss this week.

By yesterday it was a case of “In Office, But Not In Power,” with exhortations to the Conservatives to sort the mess out. No mention of Brexit, or how such chaos could have happened, or how the Mail could have repeatedly misjudged the course of British politics so disastrously throughout.