Sci-fi is influencing the tech barons, and brand strategists should pay attention 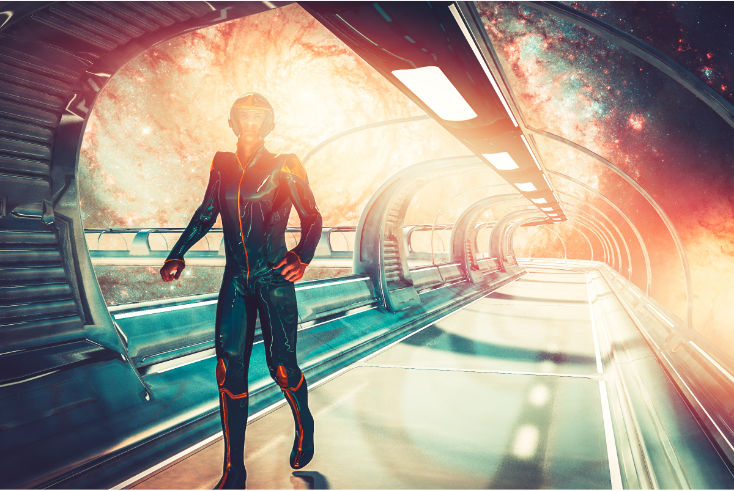 By examining specific cultural influences, brands can learn more about the brave new worlds being built by Big Tech – and even learn how to duplicate visionary thinking.

Today’s brands are built to work closely with the tech giants. Indeed, Alphabet, Meta and Amazon now account for half of all their digital adspend outside of China. It’s also useful to note that the people who own these vast and powerful operations all share something in common. Yes, they’re all ludicrously rich – but they’re also all obsessed with science fiction.

Jeff Bezos is a hardcore Star Trek fan. He even named one of his holding companies Zefram LLC after the character who created the warp drive, and went as far as putting Captain Kirk into space for real aboard the Blue Origin New Shepherd craft.

Mark Zuckerberg wants Facebook/Meta to become a ‘metaverse’ company, a concept poached from Neal Stephenson’s seminal 1992 cyberpunk novel Snow Crash – a book which pops up on Larry Page and Sergey Brin’s favourites list too, although it’s up for debate whether anyone noticed the novel is set in a corporate dystopia. Oh, and it turns out Neal Stephenson is also friends with Jeff Bezos.

Meanwhile, Elon Musk recommends reading Isaac Asimov’s seven-book Foundation sci-fi series about the collapse and rebirth of a vast interstellar empire in the universe of the future. Musk also named his first spacecraft after the Millennium Falcon from Star Wars.

If all of these tech moguls are so influenced by sci-fi, maybe the marketers and agency heads that want to interact with their kingdoms should do so too. The genre certainly offers three angles on the world that these visionaries understand, and that brands might duplicate.

Sci-fi reframes our perspective on the world and presents plausible alternative realities. It enables us to ask ‘what if’?

What if genetic engineers resurrected dinosaurs and stuck them in an amusement park? What if we are all living in a simulation? What if we could make a time machine out of a DeLorean?

But it’s also about going beyond the first domino and understanding the second, third and fourth effects. Sci-fi allows us to be a little more imaginative with our perspectives than simply extrapolating the present into more of the same.

The ‘literature of ideas’, sci-fi has some inherent elements – disruptive thinking, narrative structures, and emotional connections – that are also tools for marketing strategy. So of course we should pay the source material more attention.

When it comes to the emotional reaction, for example, William Gibson has talked about his writing being built on his interest in the human reaction to technology rather than the technology itself.

The best marketing research, similarly, is built on this exact premise of trying to better understand the ongoing human reaction to emerging technology rather than simply obsessing over the engineering of the technology itself.

The future is notoriously hard to predict. Steve Jobs famously said, “Subscription models for music are bankrupt. I think you could make the Second Coming of Jesus himself available on subscription and it wouldn’t be successful.”

In creating a link between the present and the future, sci-fi invites us to consider the complex ways our choices and interactions contribute to generating the future.

Who could have seen the past two years coming? Well, Lawrence Wright did in his eerily prescient 2017 novel The End of October about a global pandemic, and before that there was the 2011 film Contagion. 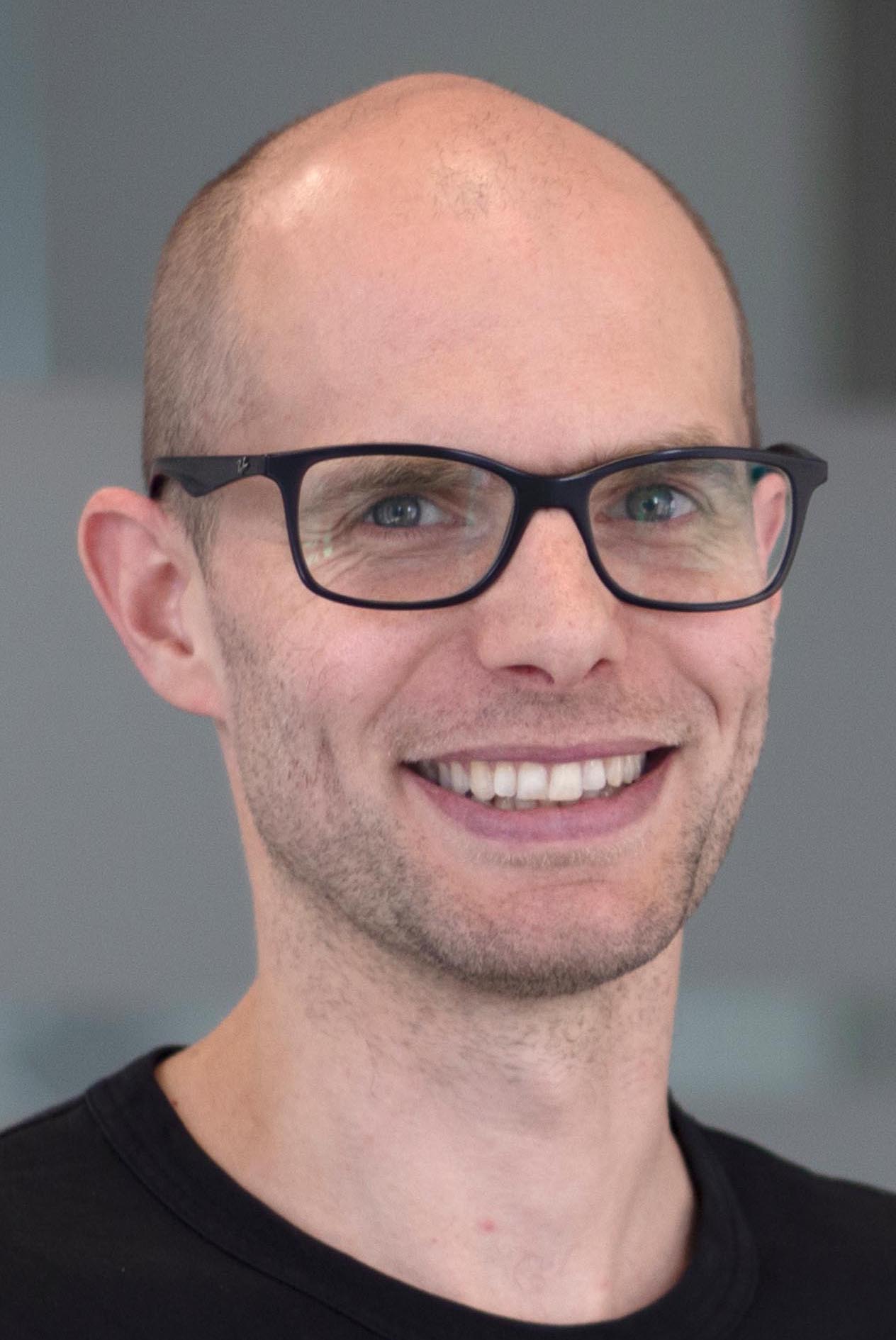 Then we have cult sci-fi author William Gibson, who said “the future is already here, it’s just not evenly distributed”. In the thirty years since the publication of his first novel, Neuromancer, he’s got plenty wrong about the future, but also an unsettling amount of it right. Indeed, we have Neuromancer to thank for making the word ‘cyberspace’ubiquitous.

Since then, in books like Virtual Light (1993) and Idoru (1996), Gibson imagined a convincing version of our modern reality television. He also invented a host of other now familiar ideas about nanotechnology and viral marketing and drones shaped like silvery penguins that swim through the air (2010’s Zero History; yes, they do exist).

In 2020, Kim Stanley Robinson released The Ministry for the Future, using fictional eyewitness accounts to tell the story of how climate change will affect us.

So instead of mapping out a singular annual marketing plan using the trend reports of the experts, instead businesses might consider what different future horizons might look like using Gibson’s Agency, Robinson’s The Ministry for the Future and Rian Hughes’s work from 2000AD.

With the help of imaginative futurist thinking, brands might even be able to test ideas to their limits, looking for various long-term consequences, both desired and undesired. This is an approach that might allow us to stress test seemingly benign technologies to identify problems before they arise and allow brands to make the most of new opportunities with less risk.

For many brands, sci-fi already inspires new creative canvases, whether for advertising, or for innovative channels. One of the greatest TV ads of all time, for Smash, famously steals from the space race popularity of the ‘60s and features aliens mocking primitive Earth beings for mashing potatoes.

Furthermore, 11 of the 20 top US domestic grossing movies of the 2010s were sci-fi, and the recent buzz around the Dune and Matrix movies demonstrate the genre’s continued hold on audiences. Our desire to escape our reality in the face of Covid-19, the climate crisis and all the other chaos of the modern world has never been stronger. Perhaps it is these factors that will also drive concepts such as the metaverse.

Indeed, Vollebak has already launched ‘direct to avatar’ selling and the new TV show Alter Ego combines digital avatars with real voices. Space exploration is moving into the hands of private companies, and brands may soon see their horizons expand beyond Earth.

That means marketers and agencies can use sci-fi as a way to approach the world the way the tech barons do: thinking disruptively, understanding how human behaviour relates to technology, looking forward creatively and offering new channels to explore.

So, perhaps consider leaving the latest white papers, industry rundowns, and management hot takes at the office. Sci-fi offers compelling visions, as either warnings or aspirations.

But good strategy is about knowing what to avoid, as much as what to aim for. And getting it right really might mean you can boldly take clients where no one has gone before.