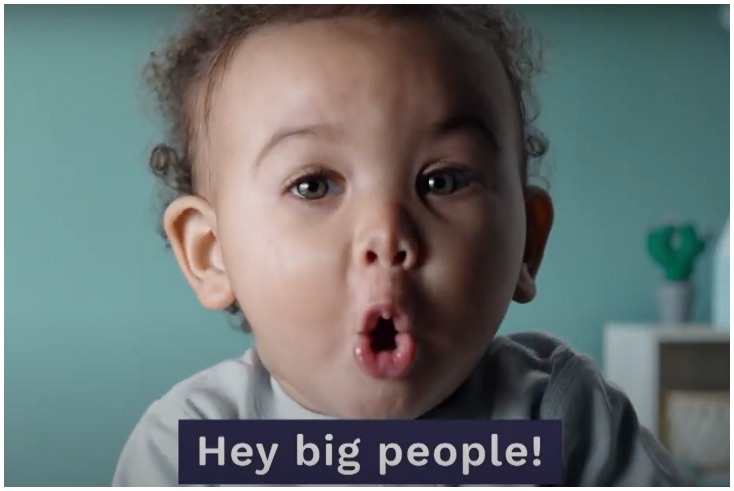 The fund provided five companies with £250,000 in media value by Sky Media to create TV ads that would drive positive behavioural change and “have a tangible impact towards a more sustainable future”.

Pura’s two-day TV shoot for the campaign banned all single-use plastics from set and used props made from sustainable materials.

Pura founder and chief executive officer Guy Fennell said: “It was important to us to practice what we preach. That’s why we made sure that the shoot for the ad was designed to be as eco-friendly as possible.”

The ad uses babies as spokespeople to tell parents about the hidden plastic in baby wipes and how they can switch to their plastic-free alternative.

Sky Media’s Direct to Scale team consulted on the campaign which will run across linear and video-on-demand channels in Sky Media’s portfolio for four months starting in April.

The ad will be primarily targeted at households with young children with the aim of driving brand awareness and purchases of Pura’s product range.

Katharine Dunlap, head of direct to scale at Sky Media, said: “ We believe that Pura can play a key role in encouraging the nation to make small but significant changes for sustainability, which is why the brand made it into our Footprint Fund top five.”

“We’ve also seen, through research conducted by Sky and the Behavioural Insights Team (BIT), that TV really does have the power to encourage consumers to decarbonise – with 1 in 3 having changed their lifestyle because of content seen on TV. In my opinion, this could be a really impactful combination in the steps towards fighting climate change,” she added.

Creative was by FCB Inferno London.