Plenty of room for optimism from COP26: marketers are you ready? 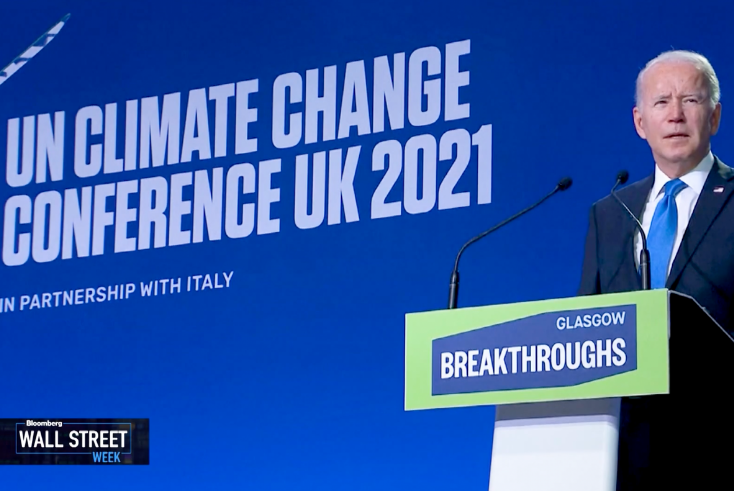 After 14 days of often intense talks, protests, pledges and half pledges, the UN’s global conference on climate change, COP26, has come to an end with plenty of room for optimism.

It’s not been plain sailing, with resistance from some of the world’s biggest carbon emitters, but COP26 has seen some major breakthroughs. Bloomberg Green, the multi-platform editorial brand dedicated to reporting on the business, science and technology of climate change, covered every step of the way in Glasgow.

Lauren Kiel, general manager of Bloomberg Green, has captured an overview of the major achievements in Glasgow and what it means for the ever-growing ESG agenda.

Countries responsible for nearly two-thirds of global greenhouse-gas emissions now have net-zero targets in place. According to BloombergNEF, a further 27% of emissions are under discussion, meaning 89% of the world’s emissions are now in play. This compares to just 53% of emissions accounted for the day before COP talks began.

Major new plans to reverse deforestation have been backed by countries with 85% of the world’s forests, along with $19 billion in funding. And more than 100 countries have signed-up to a first-of-a-kind pledge to cut global methane emissions by 2030.

Another key driver of progress has been the commitments made by business. At this summit, industry showed-up in force like never before.

In 1992 just a handful of CEOs went to Rio de Janeiro for the original Earth Summit. Glasgow has played host to major business leaders.

One in five of the world’s largest 2,000 companies have committed to net zero emissions by 2050. And hundreds of companies are setting new targets every month, making major investments in decarbonisation activities. BloombergNEF tracked a record 227 public companies committing to science-based targets in October alone.

Coming into the talks, developing countries had failed to secure the annual $100 billion promised more than a decade ago by the richest countries. But Private money is now taking matters into its own hands.

Former Bank of England governor, Mark Carney led the formation of the Glasgow Financial Alliance for Net Zero, bringing together asset managers from around the world with $130 trillion under management to accept the goal of zeroing-out emissions by 2050.

Michael Bloomberg, co-founder of Bloomberg LP, will join Carney as co-chair for the Glasgow Financial Alliance for Net Zero (GFANZ), and Mary Schapiro, former SEC chair and head of the Secretariat for the Task Force on Climate-related Financial Disclosures (TCFD), will serve as the vice chair of the initiative and oversee its secretariat.

As former Unilever CEO, Paul Polman, now cofounder and chair of Imagine, a foundation that mobilises business leaders around the UN Sustainable Development Goals, noted: “A tremendous shift is taking place across business as climate moves from a peripheral issue to mainstream concern, in boardrooms around the world.

“This presents immense opportunity to use industry as an engine for accelerated action. Many business leaders recognise the need to do more, but joining the party isn’t enough; we need them actively leading from the front.”

Expect this to impact everything, from how companies operate to how they are financed, staffed and, of course, their marketing and advertising activities.

In the years ahead, we will need to harness the skills of marketers and agencies to effectively communicate the actions of companies, and their suppliers, and help drive change in consumer habits.

Whether talking to investors or to consumers; coherent, informed communications around ESG strategies will be of paramount importance. Net zero has clearly gone mainstream and the world leaves Glasgow hoping to keep 1.5C alive.

What happens next will be critical. As Sir David Attenborough reminded us two weeks ago: “The people alive now, and the generation to come, will look at this conference and consider one thing – did the number stop rising as a result of commitments made here?”