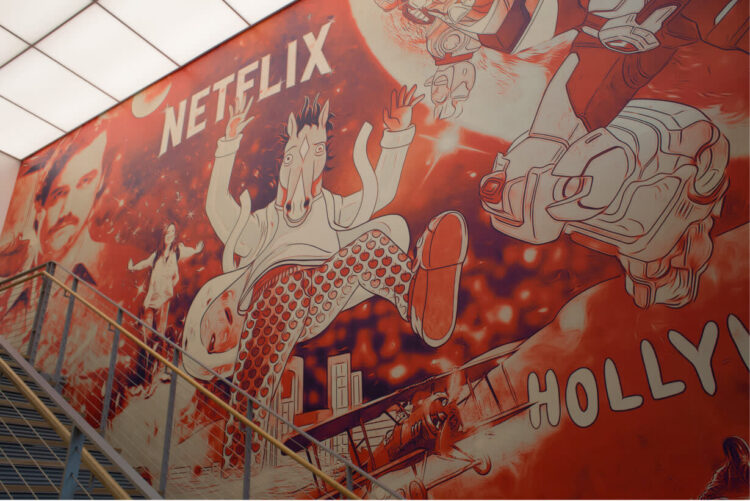 Streaming giant Netflix reported it lost 200,000 subscribers during Q1 2022 and expects to lose 2 million for the second quarter in its latest earnings report.

It is the first net subscriber loss for Netflix since 2011, when the company was still offering DVD rentals and Breaking Bad was only just becoming the first “binge-able” streaming show.

The company had previously forecast a net add of 2.5 million subscribers in the first quarter, which still would have been down year-over-year from the 3.98 million users it added in Q1 2021.

Around 700,000 subscribers were lost due to Netflix’s cancellation of services in Russia following the Russian government’s invasion of Ukraine.

Disney’s stock, for instance, fell nearly 5% after Netflix’s earnings as the US stock market closed last night. Shares of Netflix dropped by more than 25% in after-hours trading.

As per Kantar’s report, there was a drop in UK households spending on more than one streaming service.

The loss of subscriptions comes as inflationary pressures have increased the cost of living, tightening budgets and reducing disposable income that can be spent on entertainment.

The streaming giant’s stock previously tanked 20% in January following weak guidance on its subscription outlook for 2022, and had been pummelled down 44% year-to-date amid a larger downturn in growth equities.

Despite being the first mover in the streaming gold rush, the latest subscription numbers show that Netflix has failed to maintain bulletproof staying power among subscription services as its global content offerings have been poached by a bevy of competitors.

In the UK, however, Netflix has remained highly competitive as the top streaming choice with the most average viewing minutes per day, according to a report by Digital i.

But much of the retention in subscribers and usage in the UK can be attributed to the relative lack of competitor services launched here as compared to the US – 24% of time spent watching Netflix in the UK was on content provided by its competitor companies, namely WarnerMedia, Paramount, NBC Universal, and Disney, all of which have launched or are planning to launch their own streaming services in the UK. 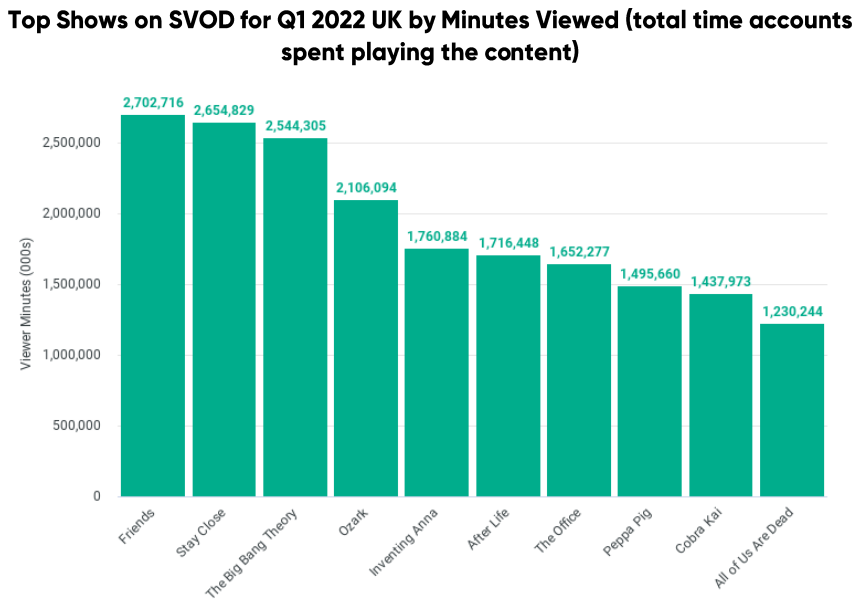 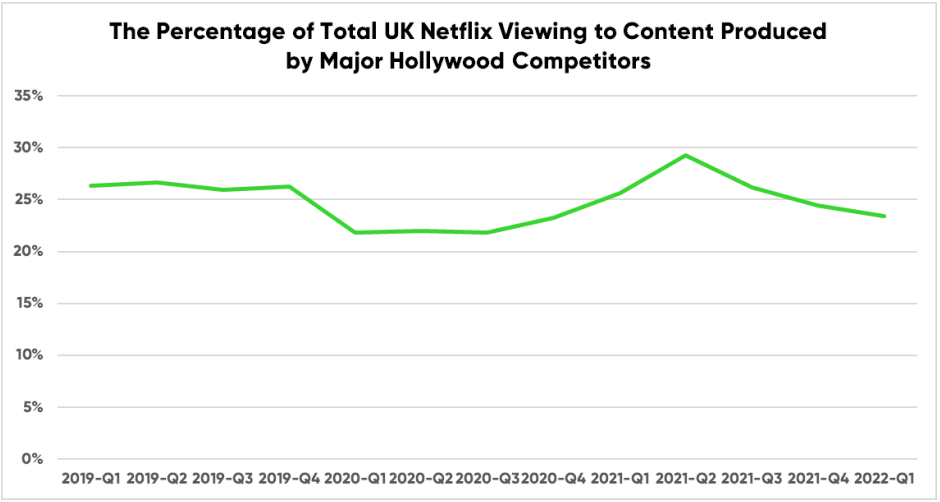 Figures from Digital i

In an attempt to maintain customer loyalty in the face of competition, the company has invested heavily in producing more original content.

The top-viewed Netflix shows in Q1 2022 that weren’t produced by their competitors include Stay Close, Ozark, Inventing Anna, and Afterlife, with Bridgerton closing out the quarter on a high.

But the expansion in original content production has led to continued price hikes that Netflix ironically says may be in part responsible for the loss of subscribers.

Additional reasons Netflix cited for the loss included the aforementioned increase in competition as well as password sharing, which the company has signalled it will crack down on.

One option to increase revenue in the face of subscription woes is to introduce advertising into the equation, a move which Netflix has fervently resisted in the past.

Times appear to be changing, however, as on an earnings call, co-CEO Reed Hastings stated an openness to introduce a lower-price option that includes ads, framing the issue as one of “consumer choice”.

“One way to increase the price spread is advertising on low-end plans and to have lower prices with advertising. And those who have followed Netflix know that I’ve been against the complexity of advertising and a big fan of the simplicity of subscription.

“But as much I’m a fan of that, I’m a bigger fan of consumer choice. And allowing consumers who would like to have a lower price and are advertising-tolerant get what they want makes a lot of sense. So that’s something we’re looking at now.

He added: “We’re trying to figure [that] out over the next year or two. But think of us as quite open to offering even lower prices with advertising as a consumer choice.”

NickDrew, CEO, Fuse Insights, on 20 Apr 2022
“Wait, so Netflix lost 200k subscribers in Q1, but 700k of those were in Russia where it cancelled service? So leaving that aside it had an increase of 500k subscribers?

And its stock has variously "cratered", "tanked" and "been pummelled". There's a bit of a narrative emerging here, isn't there... I'd love to see some more considered analysis of where it actually stands and what it means for streaming. Netflix essentially created* the entire category of commercial streaming, in the process earning utterly ridiculous valuations as US investors saw losses of $3bn/ year as some sort of tech unicorn badge; but despite being *the* streaming pillar for households, it's approaching the inflection point on the subscriber curve.
The calculation used to be Netflix+2: for any household, Netflix was the must-have, and then there'd be around 2 other services from Amazon Prime, Disney+, HBO Max, Peacock et al. It's too early to say that has definitively shifted, but certainly the indications are that the market is overcrowded, and has become a genuine free-for-all in households.

* In the UK iPlayer and Channel 4 were of course the pioneers, but internationally few know them!”