Netflix ads chief Jeremi Gorman: 'the way we've launched is not where we want to be' 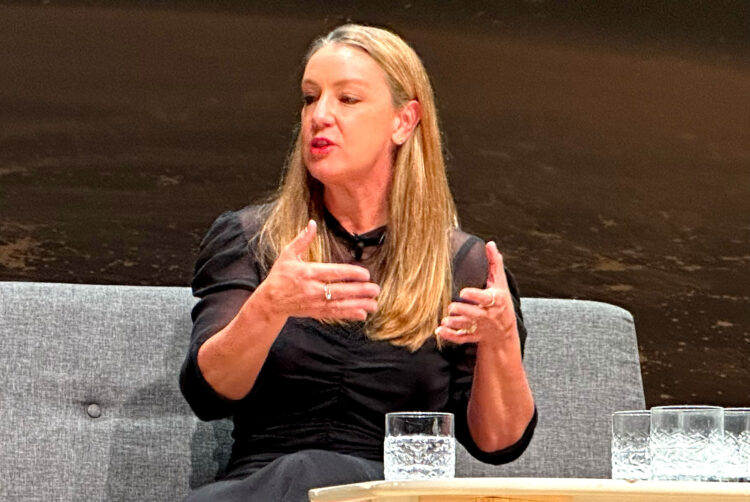 In her first industry conference appearance, Netflix’s president of worldwide advertising has urged media buyers to give the streaming giant time as it adapts to the TV measurement and buying system.

Jeremi Gorman told delegates of Mediatel Events’ The Future of TV Advertising Global conference today that the streaming giant will participate in the TV ecosystem and standard measurement.

She said: “The way that we launched the business is not representative of what we want the future of the business to be. It’s just been so quick that we wanted to ensure that we had the most standard units and that we are getting into the standard measurement business. I think we have a really big opportunity to be that middle [between linear and connected TV].”

The “dream”, as Gorman put it, is for Netflix to be seen as a marquee advertising destination that is thought of as highly as Times Square, the Piccadilly Lights, the Super Bowl or the World Cup. These locations and events feature “advertising [that] is as much of a draw as anything else… where people want to come to what we’re doing because the advertising is so good, so topical, so relevant, so compelling”.

Speaking just two months into the role, Netflix’s ad tier launched on 3 November in several markets and Gorman has built up the advertising team at Netflix with senior hires from Snap, Amazon, Google, TikTok, GroupM, NBC, and Disney. Gorman said she had chosen people who had worked in digital and traditional television “on purpose” to “bring those two thought groups together”.

“In no uncertain terms, we very much plan to participate in the ecosystem of television to measure the way that television wants to be measured. It’s just going to take time.” 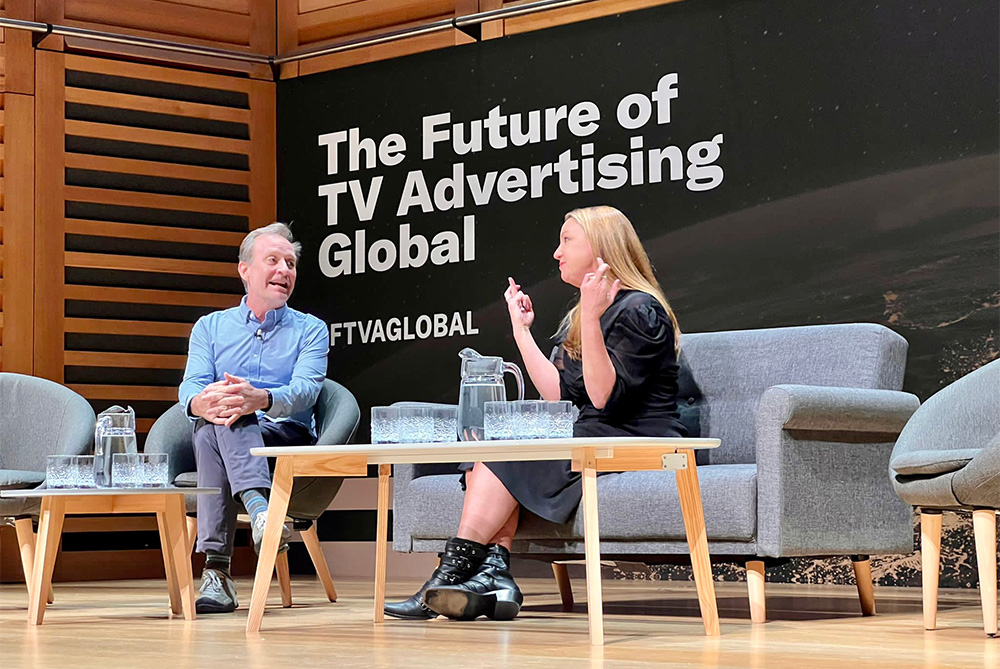 Gorman, speaking to Simulmedia CEO Dave Morgan (pictured, above), pointed to partnerships with measurement providers BARB, Nielsen, Integral Ad Science and DoubleVerify as a signal of that intent.

She explained it was important for advertisers to be able to compare “apples to apples” so they can determine where their money should go from TV or video budgets.

Gorman added: “If we’re measured on an apples to apples basis, which we will be in time globally, then I think that we have a real opportunity to fit into the ecosystem while still innovating.”

She highlighted one of Netflix’s challenges was to make ads more relevant and seamless with fewer commercial breaks as she stated people did not hate ads, but they hated irrelevant ads.

The ad load on Netflix’s ad tier is around four minutes per every streaming hour.

She said an aspiration for Netflix, and everyone in the industry, was for people to want to come to the platform because the advertising is “so good, so topical, so relevant, so compelling, it is treated the same way content is”, similar to Times Square, Piccadilly, the Super Bowl and the World Cup.

Gorman mooted the idea of introducing opportunities around contextual advertising in the “very very long-term”, giving a potential example of a gift-giving package after a gift-giving scene in a show.

She also said that Netflix was going to innovate and add 10-second, 20-second and 40-second ad formats in addition to the current 15-second and 30-second spots.

Gorman revealed Netflix was using artificial intelligence to “insert ads in the right places” in shows that were not written for ad breaks, such as at the end of scenes and when the screen fades to black.

Highlighting examples of local content that have become “global sensations” like Squid Game from South Korea, Lupin from France and Casa de Papel from Spain, Gorman said: “We want to participate in a global ecosystem but in a very local way, and you should expect advertising to be the same.”

She said in future there would be a localised approach with local country leaders in place who could understand the cultural nuance in each country Netflix is active in.