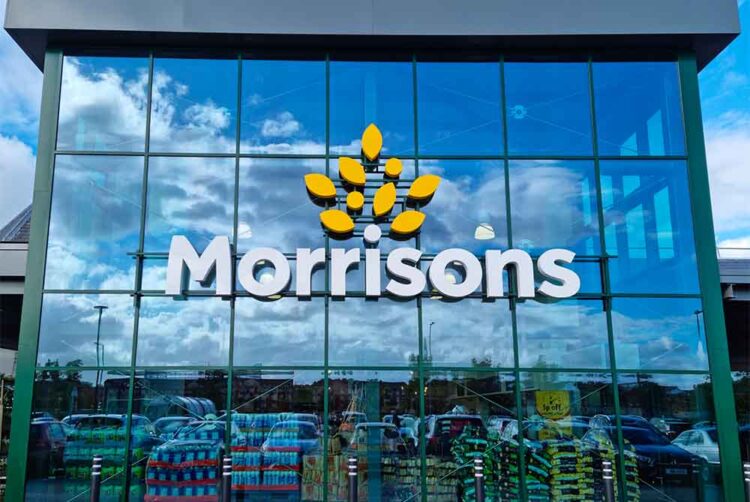 Morrisons’ decision to not advertise on TV over the summer has been highlighted as a major factor for why the supermarket’s UK market share fell below discounter Aldi for the first time.

Data seen by The Media Leader revealed Morrisons did not advertise on TV for nine weeks (20 June to 15 August), while Aldi stayed on air with an ‘always-on’ strategy. The German-owned discounter has also seen a significant increase in sales as UK household budgets are squeezed by high price inflation.

BARB audience data and Kantar grocery market share data, analysed by TV insights company Adalyser, shows Aldi’s all adult reach when Morrisons was on air was 27% for the week beginning 13 June. This went up the following week to 41% when Morrisons was not advertising on TV. 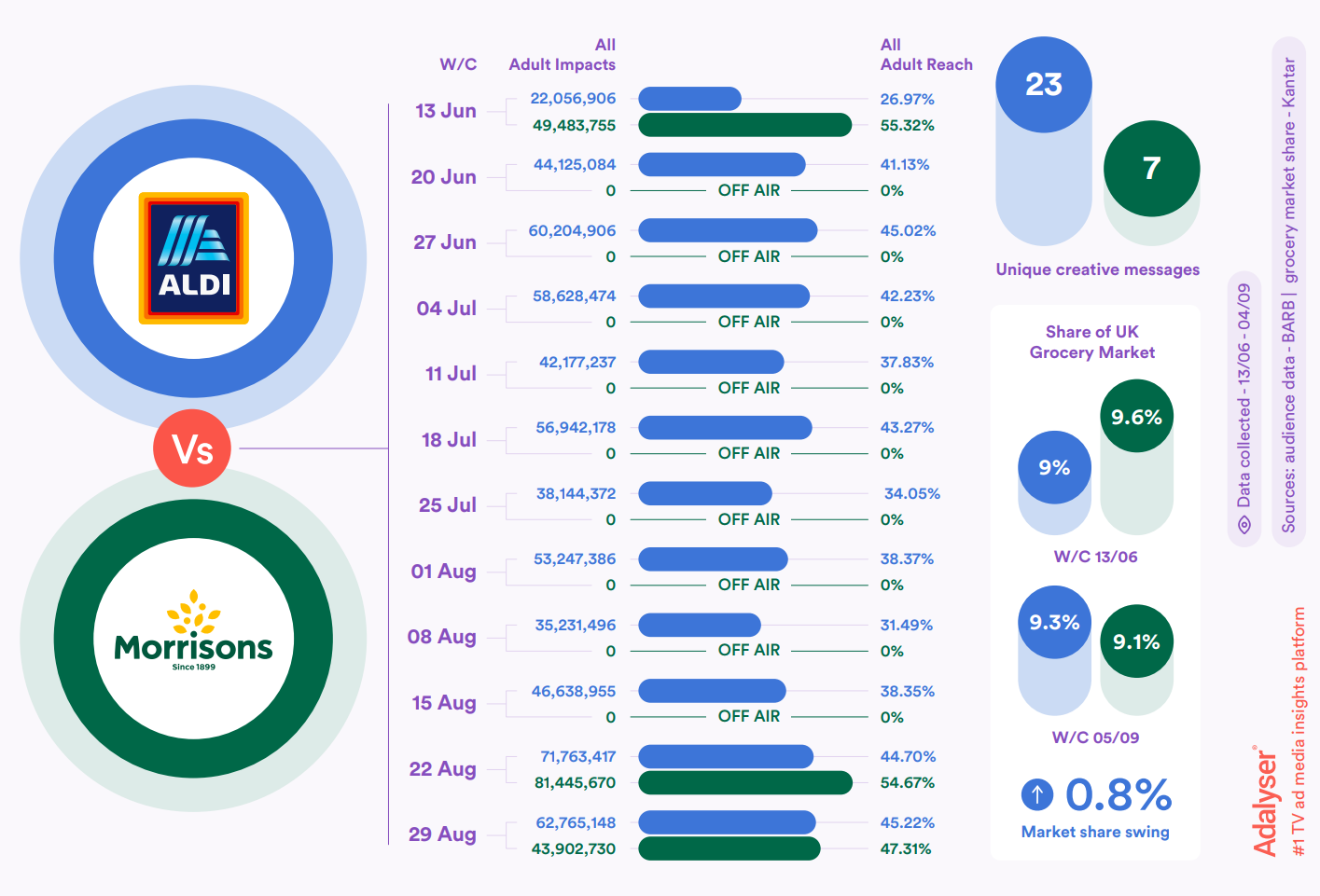 Dave Cloudsdale, cofounder at Adalyser, said: “Aldi’s growth strategy appears to be incredibly simple. Instead of embracing the tactics of competitors — online retail, deliveries and convenience shops — they keep prices low, open stores and advertise. There was a 0.8% swing in market share from Morrisons to Aldi during the 12 weeks ending 4 September. This enabled Aldi to leapfrog Morrisons. ”

Cloudsdale suggested that this showed share of voice could be equated to share of market as during this period, Morrisons was largely off air, whilst Aldi was visible all summer.

During that summer period, Aldi grew from a 9% share of the UK grocery market in the week commencing 13 June, to 9.3% by the week beginning 5 September, according to Kantar market research data.

Over the same time period, Morrisons’ UK market share decreased from 9.6% to 9.1%. At the time, Morrisons said that market share is partly a function of new store openings, noting that it had not added any significant space for a while.

Morrisons’ media agency Wavemaker declined to comment when approached by The Media Leader.