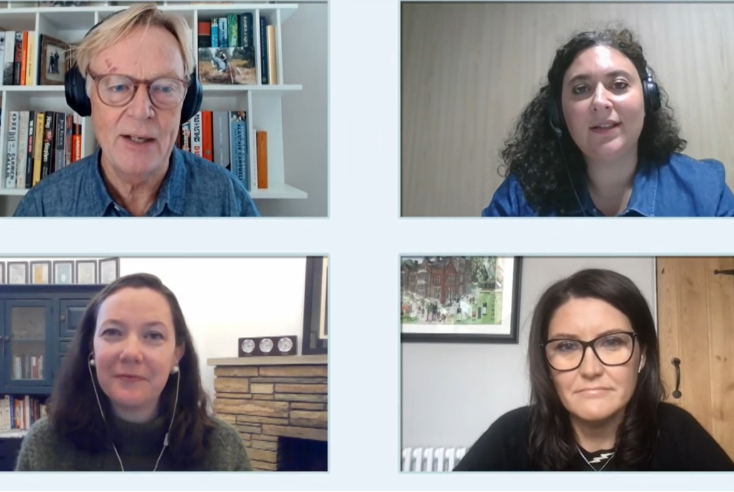 Media owners and agencies must put rivalries aside to share best practice and establish a common measurement to reduce carbon on media plans, a panel at Ad Net Zero’s Global Summit has warned.

Kieley Taylor, global head of partnerships and managing partner at WPP’s media-buying arm GroupM, made the case for developing “pre-competition measurement”. This would not only focus on digital channels, but also create standards in different types of media. Taylor noted that non-digital media channels are “earlier on in their carbon journey”.

The panel, which heard about ideas to curb emissions from media planning and buying, features media-buying agency networks WPP and Dentsu, as well as international consumer goods brand Nestlé.

The host, Stephen Woodford, CEO of the Advertising Association, reminded the Summit that “media is the single biggest component of the carbon footprint of the advertising world and we have to work as fast and go as far as we can to decarbonise media operations.”

Taylor stressed that a common measurement standard to help global advertisers and the media industry as a whole work towards respective decarbonisation goals was crucial.

“I think that the way that we best accomplish exactly those wonderful ideals… is to have a common way that we count so that the budget is counted the same way so that when Nestlé has different agencies around the world, they’re not getting different answers,” she added.

Taylor said WPP was open sourcing its a methodology to develop an omnichannel calculator and had created a premium marketplace to take a “more curated approach” to the supply side of programmatic delivery so there were fewer calls and “digital glut” in the ecosystem, so the same ad can get delivered to the same publisher through fewer pipes, incurring both economic and carbon savings.

Taylor also highlighted the focus for companies should be on reduction first rather than offsetting.

A carbon budget and a media budget

Fiona Lloyd, global client and brand president at Dentsu media agency Carat, said her company was focussed on collaborating with media owners to identify carbon hotspots in the supply chain and actively decarbonise them, as well as working with clients to create benchmarks and cross-channel calculators. Dentsu has also set targets to cut carbon emissions by 46% by 2030.

In 2019 Dentsu founded DIMPACT with various media owners in the UK, and Meta, Netflix, and Google and researchers at the University of Bristol to create a digital lifecycle process calculator, which would include consumer impacts, which has since been used to identify carbon hotspots and is live in the UK and France.

Additionally, decarbonisation road maps are now “baked in” for all global clients.

She highlighted a test that the international advertiser had done with Impact Plus, a French company, to compare a “traditional” digital video campaign for Nescafe, with one that made “hygienic” and “pragmatic” changes to reduce carbon.

These changes included using mono sound instead of stereo sound, video compression, broadcasting on Wi-fi instead of 4G, and upweighting media activity on Monday, Friday and weekends as they found broadcasting at those times had less carbon impact.

The two campaigns had the same target and storytelling and the same budget, and while the performance and reach remained the same, the carbon footprint of the second campaign was 47% lower than the “standard” one. This has led Nestle to draw up a 10 “golden rules” to apply to video campaigns’ content and broadcast to reduce their carbon footprint.

Ad Net Zero is an initiative formed by ad industry trade bodies the Advertising Association, the IPA and ISBA as a response to the climate-change crisis. The panel ran on the first day of its Global Summit, a two-day event in London.