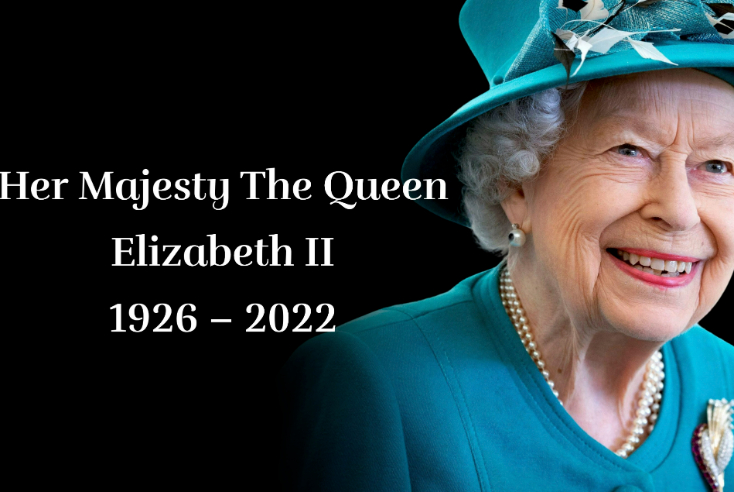 Advertising has been paused up and down the country as a sign of mourning as it was announced the Queen had passed away last night.

Commercial advertising on the Piccadilly Lights, Piccadilly Circus London, and all Ocean Outdoor screens in the UK has been suspended and replaced with a single tribute following the announcement of the death of HM Queen Elizabeth II (pictured, main image).

JCDecaux extended its sympathy to the Royal Family and said it would not be posting any new advertising and would be pausing all commercial advertising on its digital screens today and for the next 24 hours. Like Ocean its screens will show a tribute to Her Majesty The Queen, either a display of the official portrait provided by Buckingham Palace (pictured, below), or tributes specially created by its landlord partners. 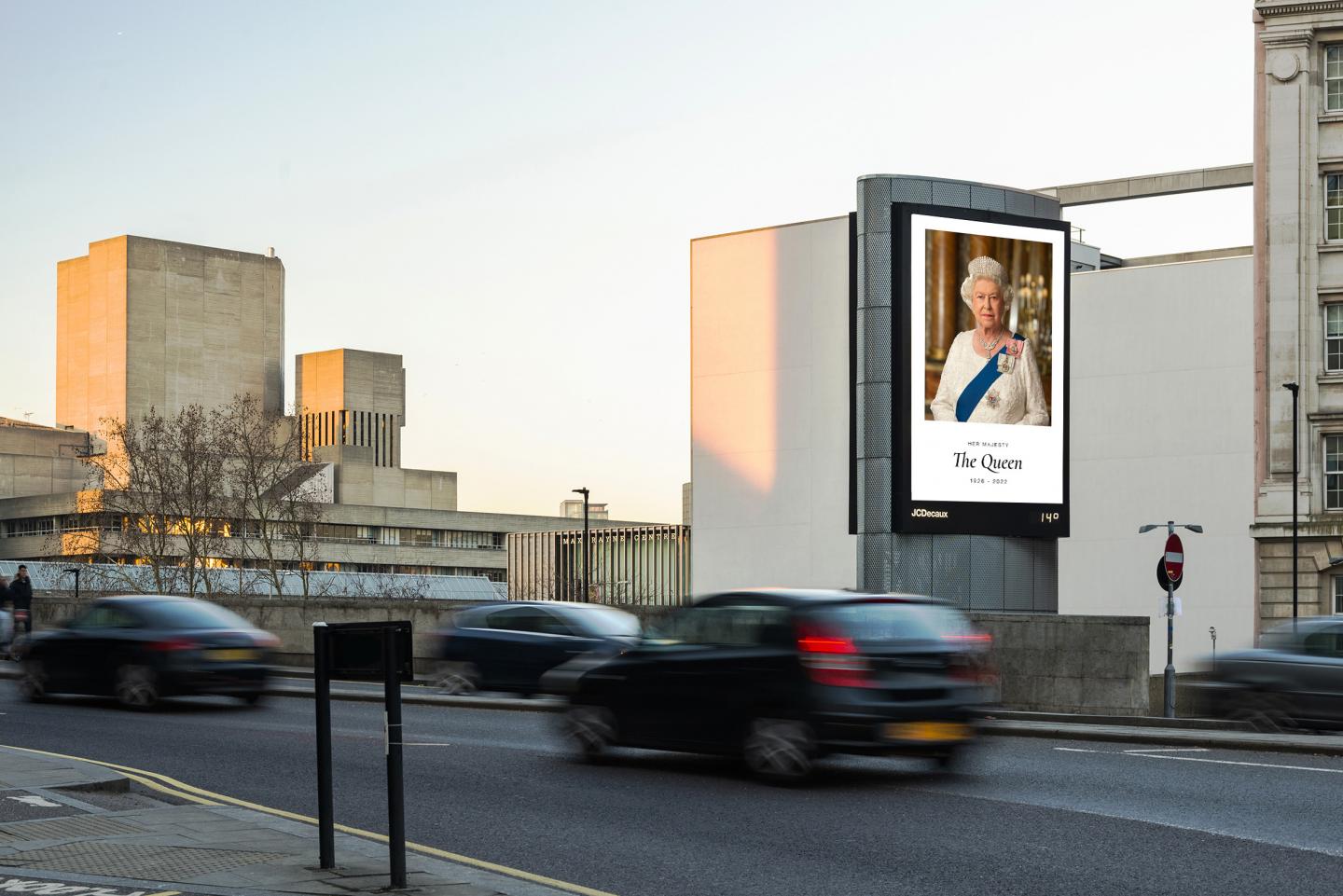 JCDecaux also plans to pause commercial digital advertising on the day of the state funeral and will be blanking all posters along the funeral route.

Meanwhile, ITV sent out a media advisory following the news announcing changes to its schedule and that no commercial breaks would take place on ITV’s main channels on 8 and 9 September.

The Media Leader also understands commercial breaks on Global, Bauer and TalkSPORT/Wireless have been paused until further notice.

A spokesperson for Bauer said: “We have not committed to a particular time as to when ads will return; instead the team will assess and gauge the mood of the nation, bringing ads back when it seems appropriate to do so.”

During this time, several broadcasters have put out continuous special coverage celebrating Her Majesty The Queen’s life, looking back at her reign and her decades of service to the country after her death was officially announced at 6.30pm last night.

National newsbrands carried front pages, editorial comment pieces and special supplements about the Queen and her life. Front pages from The Sun, The Guardian, The Daily Mail and The Times covers are pictured below. 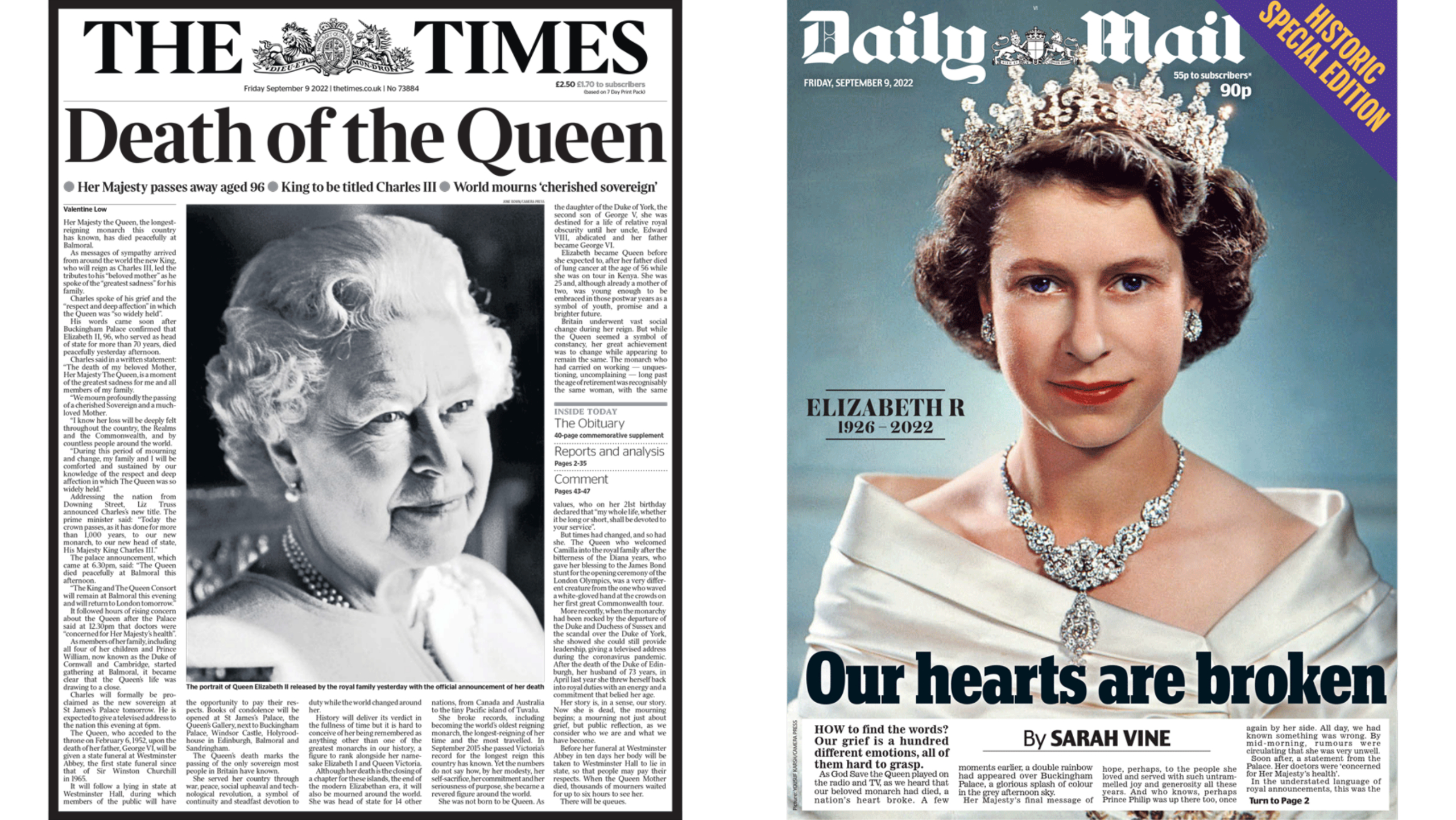 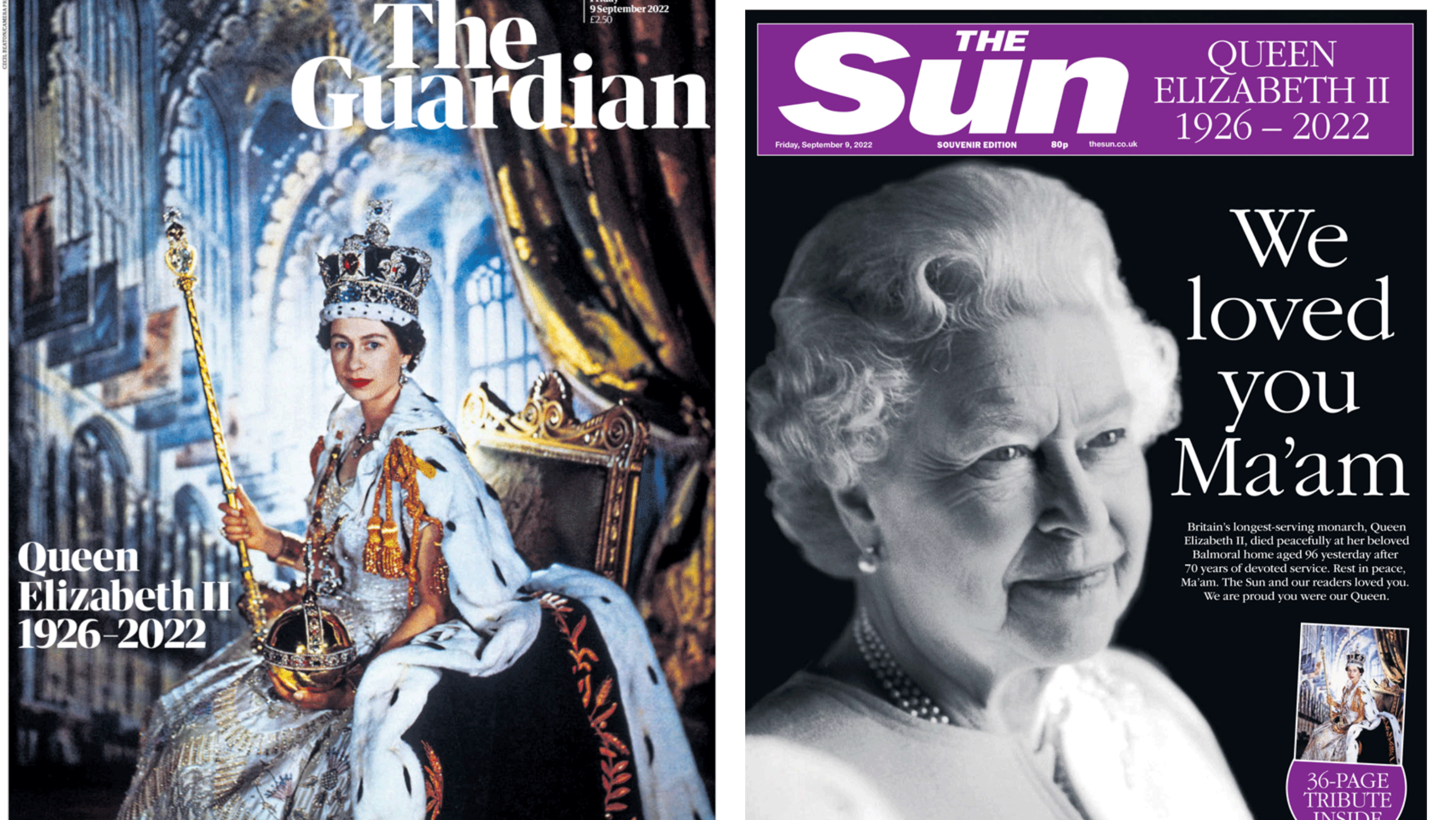 Several advertisers have reached out to The Media Leader to pause publicising or launching advertising campaigns at this time.

This activity will also be paused around the state funeral with dates to be confirmed in due course.

Many organisations and figures across the industry paid tribute to the UK’s longest-serving monarch.

Paul Bainsfair, IPA director general, said: “It is with a heavy heart that we hear the news of the death of Her Majesty Queen Elizabeth II. She has been Head of State and our Queen for all of our lifetime and she was revered across the World for her wisdom and her sense of duty. The greatest honour bestowed upon the IPA in its long history was when Her Majesty awarded our Royal Charter in 2015. We extend our sincerest condolences to the Royal Family as the nation enters a period of mourning.”