In a recession, brand is the ultimate ‘sorting hat’ 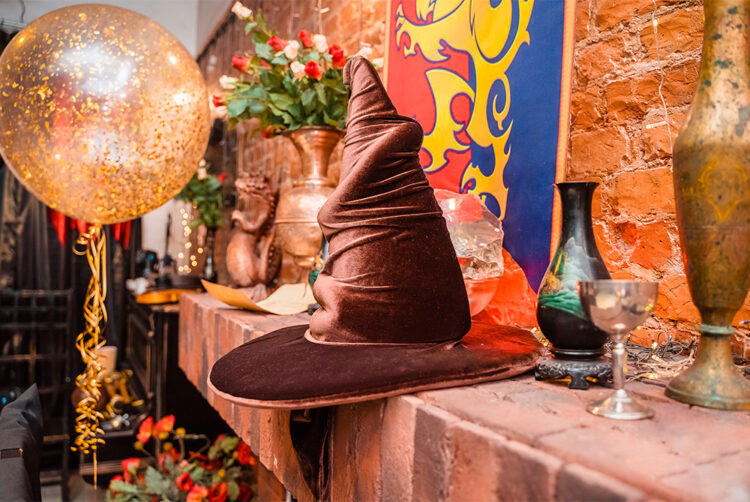 If brands are back, so too is brand management — judging by the events of this extraordinary month for media and advertising.

“There are decades where nothing happens; and there are weeks when decades happen.”

It’s a quote ascribed to Lenin, and specifically the Russian Revolution, but an observation which echoes down the ages whoever first uttered it or committed it to paper.

And while it first came to mind during the political turmoil of October, with its mini-budget for the few and its maxi-consequences for all, I can’t help feeling that it’s also a pretty good summary of this month for the advertising industry.

November 2022 has had it all. The UK has now officially moved into recession, which typically pre-figures or is pre-figured by an advertising downturn. The Christmas commercials have dropped. The latest, and by far the maddest, football World Cup has kicked off. Netflix’s ad-funded tier has launched. Twitter has introduced charges for verification, locking offices where once it just locked accounts. Meta has doubled down on the metaverse, despite — or because of — investor scepticism. Millennial favourite Made.com has followed fellow D2C darling Eve Sleep into administration (so, too, Deliveroo, in Australia). Black Friday is here. London’s creative directors have called “peak purpose”. Oh, and three journalists have been arrested on the M25 in the course of doing their job while an MP trousers £400,000 from the ad business for, allegedly, not doing his.

Our industry’s much-enlarged footprint places us ever closer to what Macmillan called “Events, dear boy, events”. Raiding only the paragraph above for its source material, this column could easily be about the role of media in a modern democracy; about governance at a national, international or corporate level; about ethics; about economic headwinds. Likewise: ‘digital correction’ (overdue and now very much alive); celebrity; over-reach in its myriad forms.

Instead, though, I found myself staring at much of the above through the lens of ‘brand’, that most basic tool of our trade. Because November may have hosted a bonfire for many brands, but has also reaffirmed some eternal truths.

First: the brands in peril. The Conservative Party, for sending diametrically opposed messages within such a short period of time (I’m putting all the rest to one side). Twitter, where the corporate and the consumer brand have suddenly become one, hot mess.  Made.com for all the things that now won’t be made. Fifa, Qatar, ‘brand Beckham’.  Hertfordshire Police. Matt Hancock. Guilty, all, of collectively breaking some of the most basic rules of branding, whether that be consistency, customer focus or brand humility.

On the other hand…

The Christmas ads are quite good and — despite the cost of living crisis — represent our seasonal spike of emotional brand campaigning, still the profit hotspot as well as the stuff our audience actually enjoys.  Increasingly at odds with the advertising experience across the rest of the year, the Christmas selling season looks more and more like our version of the USA’s Superbowl ad bubble, albeit with a duration of several weeks rather than one night.

But if brands are welcome back in people’s living rooms for even that short span — and if advertisers are cute enough to identify the sales uptick that emotional brand advertising adds — we should grasp it with both hands.

Brand management is back

If brands are back, so too is brand management, if only because the gap between brands that are well managed and brands that are not has never seemed wider. Twitter, right now, is a brand management car crash: a horrible irony from the man who brought you Tesla. Fifa’s stewardship of the World Cup and ‘the beautiful game’ is arguably worse. Brand management needs to kick in fast, just as it has (finally) done at the Conservative Party, where the emphasis is firmly back on ‘conservative’ rather than ‘party’.  Its re-commitment to good housekeeping and preparedness to make tough decisions may, ultimately, butter no parsnips with the electorate but is (in fairness) good brand management by brand manager Rishi and ABM Jeremy.

But what of the brands that have collapsed?  Eve and Made looked like well-managed brands, after all: strong enough, it turns out, to have temporarily masked increasingly unsustainable business models.  Seeing value where others didn’t, Bensons Beds and Next were astute enough to acquire their respective ‘intangible assets’ at what I suspect will turn out to be highly favourable terms.  Extreme examples, perhaps, of John Stuarts’s famous dictum that “If this company were to split up, I would give you the property, plant and equipment, and I would take the brands and the trademarks, and I would fare better than you”.

That’s wonky evidence of the power of branding perhaps — that they are valuable even when they fail — but November has also brought more quotidian support in the form of branded price inflation, which is running hotter than non-branded. Blanch if you will at our contribution to the cost of living crisis, but the power of brand to create price resilience is at the heart of what we do. Because, in the words of Peter Drucker: “If you can’t charge a premium price for your product, then you don’t have a brand!”

In recessionary times, however deep or shallow, brand is the ultimate ‘sorting hat’.  Strong brands survive headwinds and can emerge even stronger, while weak ones struggle.