Making Sense of it All: Bob Hoffman on why the ad industry never learns 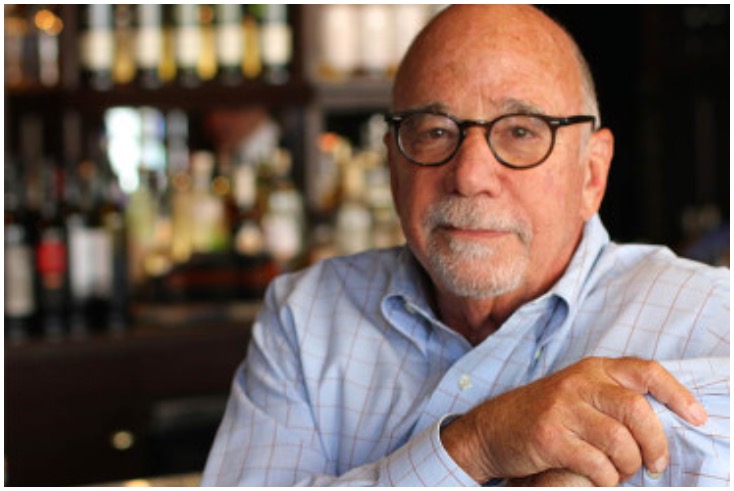 “We just don’t learn anything. There’s no arrow of progress in the advertising world.”

That’s the  verdict of Bob Hoffman, also known as The Ad Contrarian, our latest guest on the Making Sense of It All video series.

Hoffman sat down with Brian Jacobs from Crater Lake & Co and said:

Watch the video below or read a full transcript further below

BRIAN JACOBS: So Bob, you’ve made the point many times, both in your blog as the Ad Contrarian, but also of course I’ve heard you make the same point in speeches, that as an industry we are truly dreadful at learning lessons and yet we seem to spend more than ever on research and data. You would think that that was kind of what that was for, wouldn’t you? There’s some sort of disconnect. So why are we so bad at this, do you think?

HOFFMAN: There are two groups of people who never learn anything. One is golfers and the other is ad people.

Ad people are the same way. We just don’t learn anything. There’s no arrow of progress in the advertising world.

Advertising is not [better]. We don’t learn. We don’t get better. As a matter of fact, if you speak to marketing experts, they’ll tell you that in the last 10 years advertising has gotten worse, not better! It’s gotten less effective, not more effective. It’s less liked by the public, it’s less creative than it was and we just don’t seem to respect history and the problem with that is I don’t think there are any commonly understood or accepted principles about advertising.

We’re still arguing about the same things we were arguing about when you and I entered the business 100 years ago and nothing seems to get resolved! Nobody seems to agree on certain things and we don’t use data to learn. We use data to confirm our biases.

A perfect example is something I’ve been screaming about for years and that is people over 50. People over 50 control 70% of all the wealth here in the US and they’re the target for 5% to 10% of marketing activity. In what universe does that make any sense at all?

But we invent bullshit to explain away our ignorance and our ability to ignore the data. You know, “people over 50; yeah, they may have all the money, but they don’t spend it”… Baloney! People over 50 spend over half of all consumer dollars.

And then, you know, “people over 50 don’t change brands”… Baloney! Nielsen says people over 50 are just as likely to change brands as people under 50. So we invent things to discount the research we do and to support the legends and rituals that have existed.

We’re still targeting 18- to 34-year-olds like we did 50 years ago in the advertising business when it makes no [sense]. They have no money, they don’t spend it, and meanwhile people over 50 have all the money and spend it and we ignore them.

The other thing is we don’t study, or we’re not good students of our industry. There are people who are doing work that’s very important now that has shown us how advertising really works and what the important aspects are.

The people like Byron Sharp and Jenni Romaniuk and Karen Nelson-Field and Peter Field and Les Binet. I guarantee you, if I walked into an advertising agency in the US here and I mentioned those names, 90% of the people would never have heard of them. They wouldn’t know who I was talking about and these are the people who are telling us how it works and nobody’s listening.

JACOBS: It is pretty shocking, isn’t it, that these guys are the great experts and all the work they’ve done just seems to get ignored.

In the media field, of course, we’ve had  dramatic changes, as you know; you’ve written about regularly when it comes to social media. Social media popped up out of nowhere in the last 10 years and is now taking some enormous percentage of dollars.

I suppose, in a way, you’re a great example of a brand that’s been created on social media in your alter ego the Ad Contrarian you’ve explained that your argument is more with the tracking and data collection as opposed to the sites themselves.

But is it possible for one to survive without the other? Do you think you can just not have tracking and still have the social media sites?

HOFFMAN: Well, sure. First of all we have to separate social media from social media marketing. They are two different things.

Social media marketing was going to be the replacement. Go back and read the literature from 10 or 15 years ago: social media was going to replace advertising. You wouldn’t have to spend money on advertising because people would talk about your brand on social media, generate conversations, they would go viral and it was a fantasy.

Now, whether or not social media or any other form of online advertising requires tracking, requires spying, requires surveillance, I think is nonsense. I think they have convinced certain regulators that, in order to survive, this marketplace needs to spy on people, needs to track people and I think it’s complete bullshit.

There is no reason why the online advertising industry should be allowed to track people without their consent and without their knowledge.

We should have no doubt about it that online tracking ad tech algorithms have had a very deleterious effect on the integrity of democratic institutions, on our belief in
the results of elections.

I think Sacha Baron Cohen called social media the greatest propaganda tool in the history of the world. And I think he’s right; it’s very dangerous what’s been going on. And it’s all based on tracking, which needs to end. Am I clear enough on that?

JACOBS: The thing that’s weird is, they have generated a huge audience, haven’t they? In a way, you don’t really need to do this other stuff. They have massive audiences, in the same way other media forms have had massive audiences.

HOFFMAN: Absolutely. Facebook reaches more people every day than the Super Bowl does once a year. Why do they need to track people? It’s just not necessary and it’s harmful and we really need to wake up and particularly the leaders of the advertising industry.

Here in this country the ANA and the 4As and the IAB, they don’t understand how much damage is being done. There is terrible division in the country here in the US, which is being unambiguously driven by the algorithms that the social media companies are using to divide people.

Facebook did a study: they found that 64% – two-thirds – of all the people who went into radical groups on Facebook, who went into groups that are militant groups, were sent there by Facebook’s algorithms. They didn’t choose to go there. Facebook recommended they go to these join these groups; two-thirds of the people who joined these radical organisations. It’s very dangerous and it really needs to stop.

JACOBS: You’ve been writing about this for a long time and I think it’s a really good thing that you do. And I’m sure it’s at some risk to yourself; I’m sure you’re not on Facebook’s Christmas card list. But I hear a story that you’re writing a new book, is that true?

HOFFMAN: Yes, yes, yes, I’m writing a book and it’s called The Big Book of Advertising Bullshit and the idea behind the book is, you know, that an apocryphal story of Michelangelo being asked how he sculpted David and he said, “Well, I just took a big block of marble and I chipped away everything that didn’t look like David.”

And that’s what I’m going for in this book. I’m going to try to get to the essence of what advertising is and should be by chipping away all the bullshit and what’s left, hopefully, will be the essence of advertising and it should be fun. I just started working on it, I’m hoping to get it done, I’ve set an unrealistic goal of the first of the year that’ll never happen but that’s what I’m shooting for.

And if any listeners hear, any publishers listening and you’re interested, send me a note, because I’m starting to talk with publishers.