Love Island star Chris Taylor: Being authentic is key to winning over audience 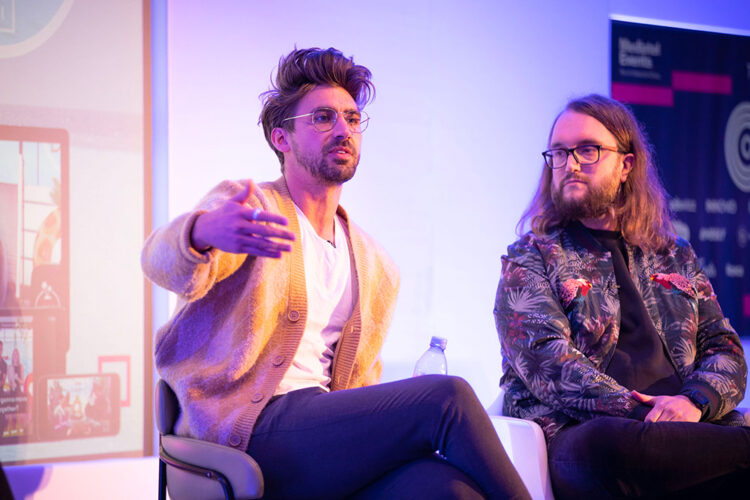 “What I like to do when working with brands is try and advertise without advertising really.”

So says former Love Island contestant turned presenter Chris Taylor — a guest speaker at Mediatel’s Future of Media event. Taylor, who gained popularity with the ITV2 reality show’s audience thanks to his trademark quiff and cheeky sense of humour, now hosts the popular spin-off YouTube show Under the Duvet with Harriet Rose. The pair stressed the importance of being authentic when connecting with both audiences and brands during a panel session.

Describing Under the Duvet, Taylor said it mixed fun and seriousness, and allowed Love Island fans to see the real characters of contestants from the dating show once they had left its holiday villa setting.

“As you’ll know if you watch Love Island, they don’t really show the full spectrum of everyone’s character and their personality and some of them get done a little bit dirty in the media,” he explained.

“We tell people both sides of the story, so they get to know more about the people they have seen on TV on a one-to-one level, and we address the things that may not have been addressed.

Chris revealed that his favourite recent guest was Coco Lodge, whose brief fling with fellow contestant Andrew Le Page provided one of the most memorable moments of the last series. Describing it as his “favourite day of the year”, Chris added, “We got to talk about that iconic TV moment, but also the other side of it, which was how much stick she was getting for it.” 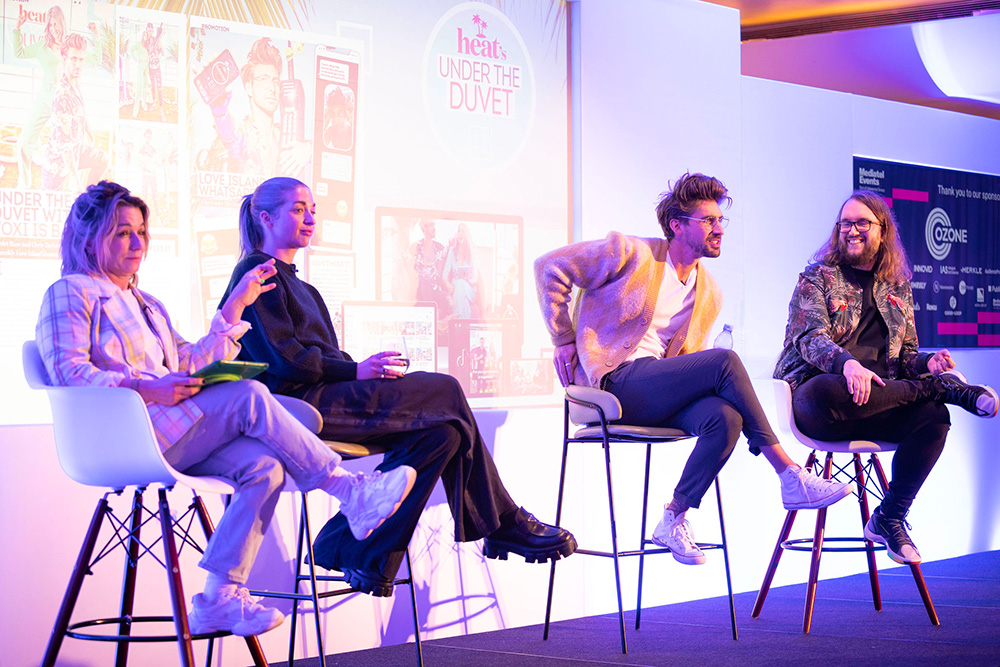 The podcast is sponsored by mobile network VOXI, and panel chair Lucie Cave, Bauer Media’s creative director and former editor-in-chief of Heat, said it had exceeded all expectations, boosting brand awareness by 20%. Co-presenter Rose said it was important to make sure any brand messaging was weaved into the podcast in an authentic way; such as by inviting VOXI customers to send in questions for the regular Stick It On Us game.

“VOXI’s brand message was ‘endless social media data for free’. So that was great for us, because it was like, OK, so we’re going to bring social and reality TV together,” Rose commented.

“I don’t think anyone is aware how insane it is for those that come out of Love Island … the kind of obsession that people have with them. So getting that one step closer, and having that one-on-one conversation is so exciting to them, and to link that into the brand message is so nice, because it just meant we were bringing the fans into the show with us.

“For us it was about seamlessly linking in the brand message without it feeling like we’re shoving that down people’s throats, it just felt very natural. It felt very fun.”

The presenting duo stressed authenticity was key to building relationships across all forms of media; whether with Taylor’s followers on social media, or Rose’s listeners in her other role as a KISS presenter.

Taylor is known for his off-the-wall, fun social content; think promoting almonds while doing the splits (a body double was involved, he confessed to the audience). Talking about working with brand partners, he said: “You don’t have to bore the life out of people with scripts and spiel about a business to get a point across. You can do it in an authentic way that fits in with your audience, and also fits in with what their goals are.”

The celebrity podcaster was honest about saying no to brands when they didn’t have this fit.

“I remember a booze brand coming to me once, they were like, ‘We want you to do a video.’ I sent them four ideas, they came back and said ‘we just want you to do like a chilled Swedish vibe’. I don’t do that. Why would you even ask me to do that? It would make no sense to my audience, they wouldn’t resonate with it. They’d be like, ‘What’s this? You’ve clearly just been paid to do that’.

“Trust works both ways. You’ve got trust with your audience, the audience trust you. But the brand that you’re working with has to trust you as well; if they try and make you do it their way, the whole thing falls flat.”

Editor’s note: this article originally stated Under the Duvet was a podcast, when it is a YouTube series. Corrected with apologies.