Logging on for lessons in language & audience research 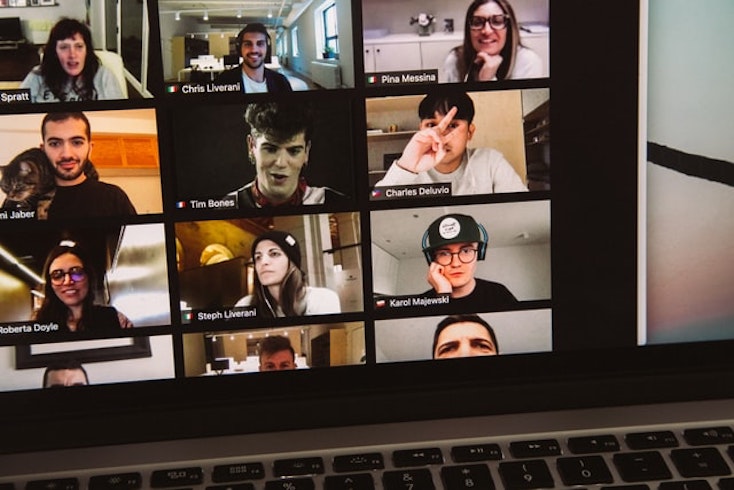 A return to lockdown across the UK yielded more time to attend a legion of online conferences and events, in addition to the usual conveyor belt of Zooms.

Despite my best intentions, I still managed to miss some because – despite research and calendar time zone features – I got time differences wrong.  Inconvenient when you try to join early, fatal when you’re late.

Perhaps organisers could include the start time in major time zones that might be relevant to the audience in their confirmation responses?  I’ve heard tech can do this kind of thing these days but as with most CRM (please don’t get me started – again!), it rarely does.

You can’t fault the effort and energy that goes into these events. Did you know for example that during the first lockdown, Mediatel Events streamed 10 conferences, providing 72 hours of content from over 300 speakers. That’s 20,000 sessions from April to July!

In my view, the company who commissions my written musings, continues to set the bar high (you wouldn’t expect me to say any different). But some other online event organisers really have been downright tragic.

Many are a window into how we (and by ‘we’ I mean Americans and tech sales) are corrupting – sorry, “transforming’ – language. Three words in particular are both over- and wrongly-used by our otherwise educated leaders. Ever helpful, I’d thought I’d draw attention to their real meanings :

Incredible: So extraordinary as to seem impossible; OR not credible, hard to believe; unbelievable

Fantastic: Imaginary or groundless, not being based on reality; foolish or irrational; OR conceived or appearing as if conceived by an unrestrained imagination.

So, please be reassured, next time you hear a host, chair or moderator use these words, you’ve been reminded they really mean you’re a numpty.

Now that’s settled, in the interests of neutrality, I’d like to mention a couple of other ‘fantastic’ events from the many I’ve recently attended.

The other end of the scale to the excellent Mediatel series was a much-touted ‘major event’ hosted by a major and long-established, albeit recently reconfigured, network creative agency.

I joined with high hopes but ended up dipping in and out as various other distractions and pressures prevailed.

The co-hosts, displaying a carefully-curated gender and racial balance, gave excellent continuity even if they did mangle the language. But throughout, it was more like watching a televanglist TV channel than a business event.

I left with little idea of what this network actually did but a very clear sense that it felt its role was to facilitate those who would lecture us on our views and behaviours – Reinforcing my previous observations about how in the rush to embrace purpose we’ve lost sight of our own.

If I was the holding company CEO (who I know) and had been watching, I would have been cringing. God forbid any institutional shareholders were.

Moving on, the Advertising Association recently launched its excellent, world-first Ad Net Zero initiative. Being a UK event, I was on time for a mercifully short and sharp session.

Tightly-hosted by ex-Unilever CMO and AA President Keith Weed (superlative of choice “fantastic”) and AA CEO Stephen Woodford (“incredible”), we should be very proud of and get right behind it.

But I save my highest praise for a perhaps unlikely recipient, the ASI 2020 virtual conference.

Having spent two decades on the boards of all the UK’s audience research bodies, I thought twice about joining an event on audience research, which spanned five consecutive mornings across a week.

I learnt a lot from delegates from many countries about the state of the art in the audience research that underpins investment decisions.  Also many insights into the impacts of different countries’ quite diverse responses to Covid.

Attention and persistence (how much of an ad is seen to qualify as an impression) got a lot of limelight.

Much has been said about how lockdown, home working and isolation has favoured the introverts for whom these things are already more normal and often preferable.  The research sector counts more of them in its ranks than, say, agencies, let alone media or tech sales.

This event was characterised by a focus on getting the job done and issues at hand in difficult times, not proselytising or lecturing or virtue-signalling as so many unfortunately now seem to find irresistible in their ambitious sprints for gongs.  I ended up watching a far higher proportion than I’d imagined.

Like any good event organiser, they kept the best firework for last to ensure sustained engagement, so the final morning focused on industry response to and progress on WFA and ISBA moves on cross-media audience measurement.

They polled the several hundred attendees before and after the session. The results were worth screen-grabbing for posterity.

To ”how likely is it that the WFA guidelines will lead to widely-used cross-platform video-planning data in any country in the next three years?” :

The question itself cuts quite a bit of slack – video-planning only, any country, three years…

It seems I’m not alone in my scepticism around this initiative.  Nor would the perps have been happy that the tide moved subtly but discernibly against them across the presentations and debate.

Once again there was a lot of technocratic language about frameworks, route-maps, and protocols but still far too little that any practitioner might get their teeth into and use for planning and buying media for their clients.

It was a bit like government promising tests, track and trace and more recently, vaccination – sometime tomorrow.  Which never quite comes.

Rather, for the keen observer the session was a classic media research punch-up in fine silk gloves; an exquisitely well-mannered series of condemnations by faint praise; slow death by a thousand fine cuts.

This, even from the many leading lights present whose collective experience embodies both the innovation and the pragmatism of the sector, some of whom might stand to benefit handsomely from involvement.

We learned then and more subsequently that BARB is now laudably pressing ahead in parallel with measuring viewing of the new platforms to the same higher standards we are well used to despite their non-participation. Lawsuits in due course?

We were also reminded about the importance of funding. This difficult and complex initiative will have little chance of prevailing without heavy financial support from advertisers, and that is far from certain.

I’ve long supported the elegant idea of capturing this via a levy at source on all advertising and applaud Brian Jacobs’ several recent pieces to this effect.

Yet advertisers continue to regard anything that supports the sale of media to them as a ‘vendor cost’, which is how they have ended up with so little control or influence over audience research.  Whatever anyone says.

They haven’t contributed directly since the early eighties, when the top advertisers of the day funded one-seventh of the cost of TV audience research under JICTAR, since you ask.

Some seemingly heavyweight players are being wheeled out by the associations, but do they have the influence within their organisations to make a step change investment in something their company hasn’t felt the need to invest in hitherto?  Even the ones who have declared that “steps must now be taken” from industry event platforms.

The arguments might seem pretty strong from where we sit on the inside but will appear pretty weak to a CEO (even the few with marketing experience) or a CFO wrestling with post-Brexit supply chain issues, mass furlough/redundancy and many and various other Covid-related issues or share price performance on turbulent stock markets.

The good news is that they can buy their way back in any time they want to, especially now.  But will they?  As I say, despite their rhetoric, I have good reason to be doubtful.

Anyway, on reflection both the AA and ASI events stood out for me because they had real focus on something tangible and actionable, not the proselytising which has run riot of late.  And there wasn’t a lot of snake oil either – not that that’s a new phenomenon but its absence was still welcome.  Bravo both.

And so to close…

I’m indebted to MullenLowe for recently drawing my attention to World Handwashing Day 2020 in its puff piece for its work on Lifebuoy. 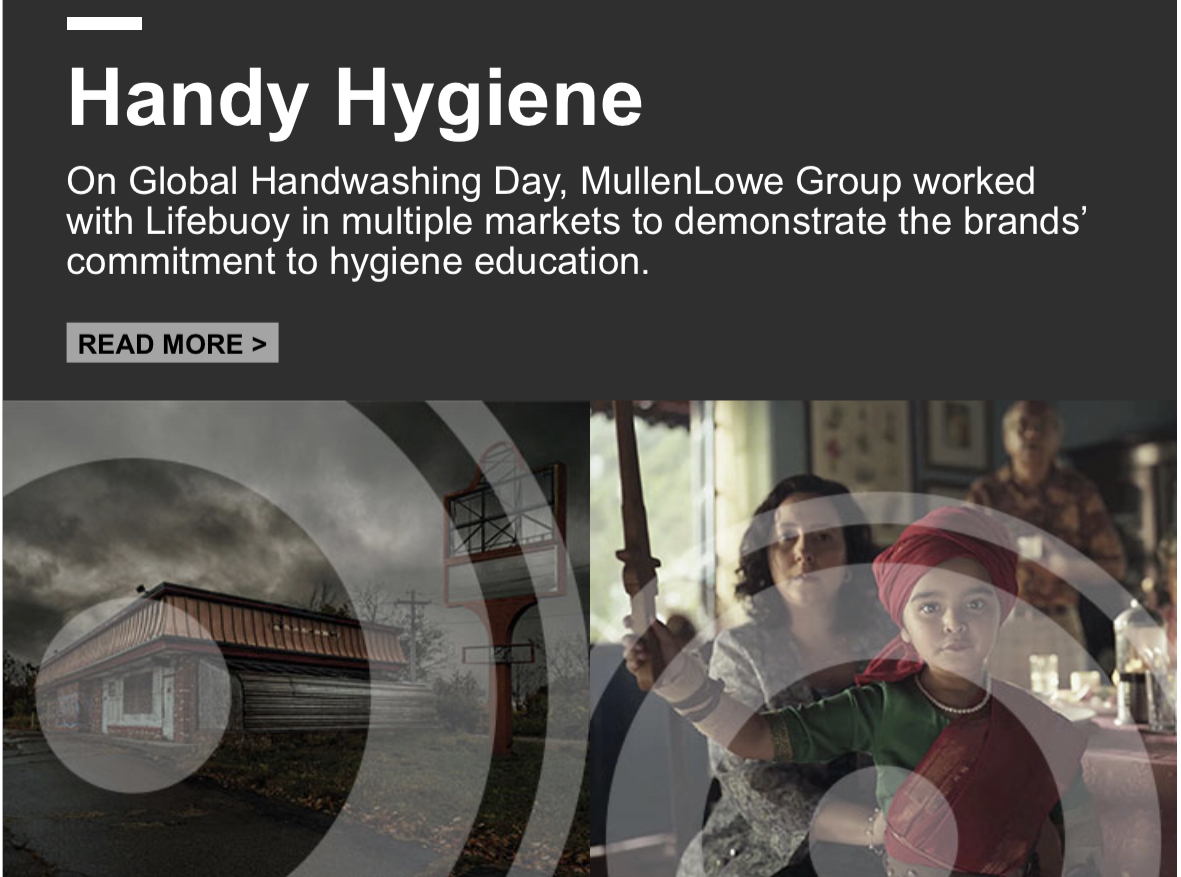 It’s probably more topical this year than any other though I’m not sure I’ll be putting a recurring event in my calendar.  But you might feel differently….

Until next time, stay well.