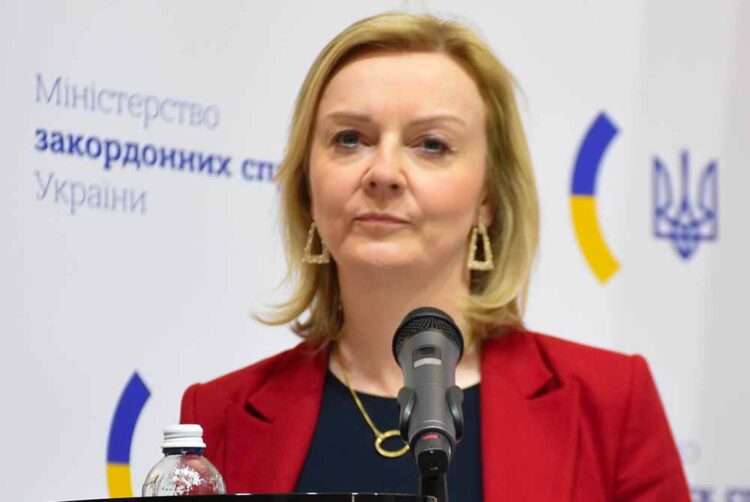 We’ve become so used to the standard political interview, but a series of ‘car crash’ local radio interviews has been followed by much sterner tests for Liz Truss on national broadcasts.

In these revolutionary times there have been a number of significant “innovations” in the art of political interviewing on radio and television.

One is the extraordinary notion that a Prime Minister at her party’s annual conference would want to record an interview for Radio 4’s Today programme nearly 24 hours before it would actually be broadcast.

In his own time of crisis, Harold Wilson said famously that a week was a long term in politics.

Political life has clearly speeded up since then and under Liz Truss major policies can come and go in the space of getting in a round of drinks at the Party conference.

So it was that, when Nick Robinson started his interview with the Prime Minister, he carefully time-coded it at 1pm Monday and asked Truss could he be sure that things won’t have changed by the time the interview was broadcast?

“Yes you can,” trilled the Prime Minister who quickly made it clear she got the reference to the ditching of the decision to end the 45p rate of income tax after repeatedly hours after insisting  no such thing would happen.

Robinson was right to ask, because before his interview came out there had indeed been another U-turn.

At the time Truss spoke, Chancellor Kwasi Kwartang was adamant that his next round of fiscal announcements would come on 23 November, accompanied by monetary forecasts from the Office of Budget Responsibility. There were absolutely no plans to bring the announcement forward.

By the time Robinson was introducing his piece, the fiscal statement and OBR trimmings had been brought forward to later this month.

The regional ITV news centres also got a taste of the new genre of recorded, embargoed interviews with the Prime Minister.

And so it was that they had, what must have been the great pleasure, of broadcasting Truss insisting she had absolutely no plans to do a U-turn on the 45p in the pound tax band when the forced retreat had already happened.

It used to be that the main spin-doctors interview strategy was to insist on live interviews only. This limited the ability of editors to pull out only the “best” bits that might not show their charges in the best possible light.

Live also gave interviewees the opportunity to talk out the finite time slot if the questioning got tricky. Boris Johnson was a master of the art of the live broadcast filibuster.

‘Where have you been?’

The biggest revelation of the past week in the world of broadcast interviews, has been the unexpected power of that old mainstay, the round-robin series of radio chats with local radio stations across the country.

The politician — in this case Liz Truss — sat in the BBC’s Millbank studios in Westminster and was patched in, one after the other, to eight BBC local radio stations.

It must have seemed a gentle doddle and one that anyway was a traditional round before the start of the Conservative’s annual party conference.

Truss had come armed with two lines, which she repeated in a robotic way, that she had been forced to take urgent action because of the international situation and that she had been determined to help people with their energy costs. This was her first public outing since the mini-budget six days earlier, which had caused pandemonium in currency and bond markets.

Rima Ahmed of BBC Radio Leeds immediately asked Truss where had she been for the past six days while the markets crashed. Queue flannel about the international situation and help on energy.

“Prime Minister, I’m talking about the past four days; where have you been?” Ahmed persisted.

Truss got even less change out of James Hanson at BBC Bristol who said it was hard to know what had plummeted more since she entered Downing Street, the value of the pound or the Tory poll ratings.

Hanson, who had obviously listened to the interviews that had gone before him, then cut off the Truss waffle in reply and commented: “With respect that is the same scripted answer you have given every BBC local radio station this morning.”

John Acres of BBC Radio Stoke accused Truss “of taking the keys to the country and crashing the economy” and reminded her, correctly, that rising mortgage costs would dwarf any contributions on energy costs.

During her car crash interviews, Truss also managed to claim three times that annual household energy costs would be capped at £2,500. British Gas had to take out newspaper ads to say there was no such cap. The price of actual units were capped, but final bills would depend on how many units were actually used.

When the clips were broadcast nationally an instant thought flashed through a thousand brains: God these young, fearless and probably underpaid young people are very good.

As night follows day there was another thought — that their ability to get to the heart of the matter showed up the inadequacies of the big beasts of the political media jungle.

Simple really. Do not be diverted by pre-scripted nonsense and return to the main question as many times as it takes to get an answer… or expose the lack of an answer.

What happened next could have been something of a coincidence — but I like to think it was not. Since the stars of the BBC local radio did their bit there has been a noticeable toughening of the approach from everyone from Justin Webb and Nick Robinson of the Today programme to Laura Kuenssberg on her Sunday programme.

It was almost as if, probably without a word being spoken, they all realised it might be a good idea if they upped their game.

Webb was first up and gave Treasury Minister Andy Griffiths a rough ride, batting away the….we had to do it because of the international situation… line.

Kuenssberg was more than a little brisk with the Prime Minister, including asking her who had voted for such a radical package of “reforms.”

Like the good barrister who never asks a question they do not know the answer to, Kuenssberg knew the answer. Around 81,000 out the British population of 67 million was able to vote for such a radical change of direction.

Truss looked startled and rather pathetically asked her what she meant.

Out of it all, including Robinson’s Monday 1pm interview broadcast on Tuesday, we learnt that an OBR contribution had been available all along but was rejected, and that Truss and Kwarteng did not even tell their Cabinet colleagues of their plans.

It is also clear that another U-turn, this one on social benefits, is on the way – as long as the big media beasts continue to hold the Government’s feet to the fire.