Jumping on the bandwagon is a dead end 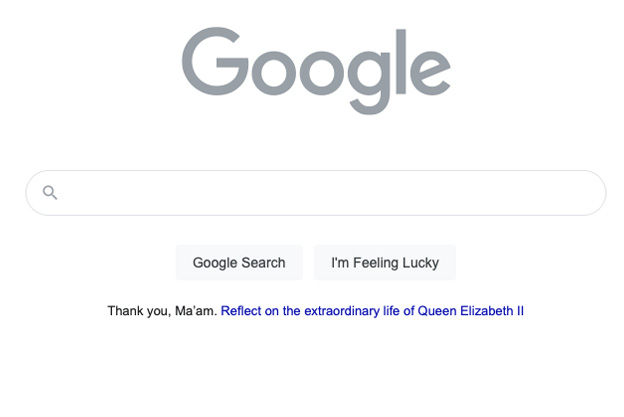 Being agile in media comms is always a requirement. But such extraordinary events like the Queen’s death require particularly agile planning.

I am not British or have grown up in Commonwealth countries. I am pretty new to Britain and its culture having moved here seven years ago from Germany at age 31.

When Her Majesty Queen Elizabeth II died last week, I did not know how the country would act and react. And now, a week after the event, I am still observing and learning a lot about British culture and how much the monarchy, but especially the Queen, was and is engrained in the British culture.

Of course, from a process standpoint, this event has been planned through by so much detail years ago. Nothing was and is left to chance.

This could have already been observed the evening after it happened when every broadcast media outlet has immediately stopped their scheduled coverage and next to paying tribute to the Queen they have also outlined the plan for the next 10 days.

Getting a Bank Holiday to allow for national mourning just demonstrates how such event is not just affecting media in the short term but also how it shakes through to politics (everything feels like being on standstill until after the funeral, despite a national energy and cost of living crisis) and especially through to individuals. Some people are shaken by this event, happening during a time of political turmoil and economic crisis which will become live threating for a lot of people this winter.

And you might be wondering why this so far is in any way related to media planning and strategy. It turns out that this event is very much linked to my previous article.

Listen carefully and be mindful

Any kind of crisis requires brands to think on their feet but even more so, to listen to their consumers. This time or any other time is not a chance to jump on the bandwagon to make a cheap try at getting attention.

While I appreciate that among the people in the UK there are various reactions to last week’s event, from true shock and sadness, to irritation during already troubling times, over to indifference and all the way to seeing it as a chance to question the monarchy’s role nowadays.

The important thing, though, is to set aside your own view and to — as a brand — acknowledge that a lot of people are emotionally affected by this. And this needs to be respected.

Again, it comes down to listening to your customers. And in such emotional tricky territory, it is often best to not weave the death of the Queen into your brand communication.

Sometimes it is best to not say anything at all

Only if there is a genuine connection to the monarchy should a brand consider communicating around an event like this. In some cases, it is simply acknowledging the event by stopping ‘happy clappy’ comms that would be insensitive.

Being agile in media comms is always a requirement as you never know what happens internally or externally. But such events require particularly agile planning and the ability to react as fast as possible.

In the case of radio and newspapers, these have made the decision for the brands to stop all ads for a couple of days to allow for the news to sink in and respect the feeling of its listeners and readers.

That does not mean that, from now on, everything should only be digital media because these channels allow for stopping or pausing the fastest. I am sure people would not grumble about OOH posters or press ads that had been out there already.

But where it is common knowledge that communication is ad hoc and agile, these channels need to be considered. This is social media, digital video and banners, TV, video on demand (VOD), web, radio, and newspapers.

Where you can, consider what you say when during any form of crisis, which might be insensitive.

While going ‘off air’ or dark for a longer period of time negatively affects brand awareness and its brand equity, a short pause or reduction for a few days won’t do such harm.

It all depends. In some sense life goes on. People still go to work and go shopping. Their reception of messages, however, might be temporary limited. Pause where you can and be sensitive in your tone of voice when you continue communicating.

Do not jump on the bandwagon

It is never advisable to jump on the bandwagon when there is no genuine fit for a brand. New platforms or major events need to be reflective of the brand in order to include these in the media plan and comms.

In this specific case, do not include the Queen in your comms if there is no genuine and authentic connection. It is best to just be mindful and quiet for a few days than being perceived as insensitive. It can cause more harm than do good, see the Lego example.

Google, for example, has stopped its daily animation of its search mask. It is in plain grey and has a grey ribbon. No image or mentioning of the Queen. It is a subtle way of keeping the tone down and not putting any other events in the focus.

Jumping on the bandwagon is usually a dead end and doesn’t add anything to your brand.

As always, think first, even if time is pressing, and check carefully if at all and how to react to such events.

Nina Franck is an independent comms and media planner