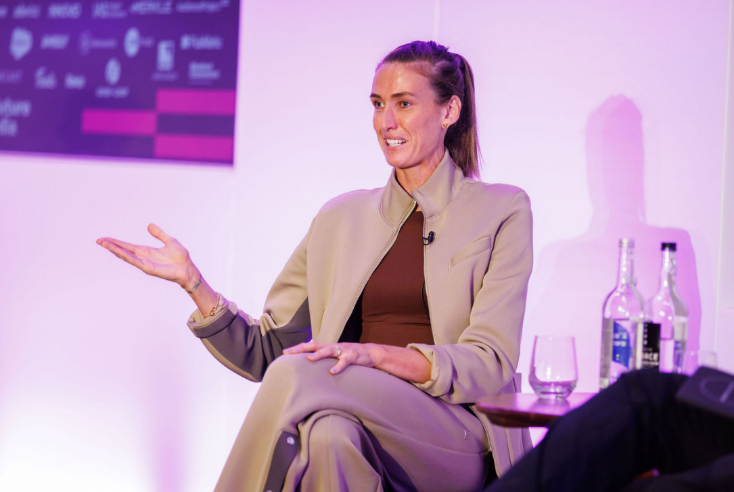 England footballing legend Jill Scott finds it harder to just nip out to the shops these days.

Speaking at The Future of Media event, the recently retired Scott confirmed that since the Lionesses’ triumph at Euro 2022, the squad’s profile has gone through the roof; a notable difference compared to previous tournaments.

Talking about her newfound fame, Scott recalled: “The other day, I just popped into Boots, and this woman who worked there just started crying, and was like ‘what you did for the game’. And I was like, ‘I only wanted to buy some shower gel’. It’s those moments where I’m like, ‘it’s incredible’.”

Scott, who has played in four World Cups, said in the past it was hard to sustain interest in the women’s game — from both the media and brands — once big tournaments had ended. But she has seen a difference since the Lionesses lifted the Euros trophy at Wembley Stadium back in July.

She said of previous competitions: “We were always having to use this energy, go back to club games, try and raise it again for the next tournament and then it would go back down. But I think after this tournament the main thing is that the media and the brands seem to be staying on board with us.

“We’ve had loads of follow up calls for the first time, and they were like, ‘how can we help grassroots football? How can we move the game forward?’ They genuinely do want to help, whereas in the past, maybe I feel like people just jumped on the bandwagon because there was something important coming up. So yeah, that for me has definitely been the biggest change.”

Scott believes media interest in the Lionesses is also now more on a par with the England men’s team — something that has been helped by joint initiatives, such as BT’s Hope United campaign to tackle online hate.

“Obviously, we can’t take to the field and play together, but in terms of the media and stuff like that, there’s no differences in that sense,” she stressed.

“I did something with Harry Redknapp last week, working with Heineken. He revealed a T-shirt where it said ‘I’m the 12th woman’, and that’s just so powerful, because he is such a respected figure in the male game. Look at what he’s achieved. And having him on board. I think it makes such a difference.”

When it comes to her own experiences with the media, Scott said because she’s very open on social media, she hadn’t had many shock headlines, and she felt that coverage of the wider England team was also largely positive these days.

Speaking about the media’s support during the most recent Euros, she said: “Obviously, it’s hard to comment because it didn’t happen, but I feel like even if we’d lost again, we still had their backing and they really wanted us to do well.”

On her own moment in the spotlight — when she was caught on camera directing some rather colourful language towards one of her German opponents during the final — Scott said she was “definitely not proud of that”, and was aware that it could have had a negative impact on her own image.

“When I step over that white line, I am a totally different person, I’m so passionate and I’ve got a referee to protect me,” she explained.

“I wanted to win so bad and I think at that moment if we hadn’t won it could have gone totally the other way for me, in terms of ‘she’s meant to be a role model’ — and rightfully so. When I think about the way they captured that moment in slow motion in front of 50 million people or something… but in terms of marketing they sent my Grandma a mug which says FOYFP. Thank God, she doesn’t know what the abbreviation means.”