It’s message fragmentation you should be worrying about 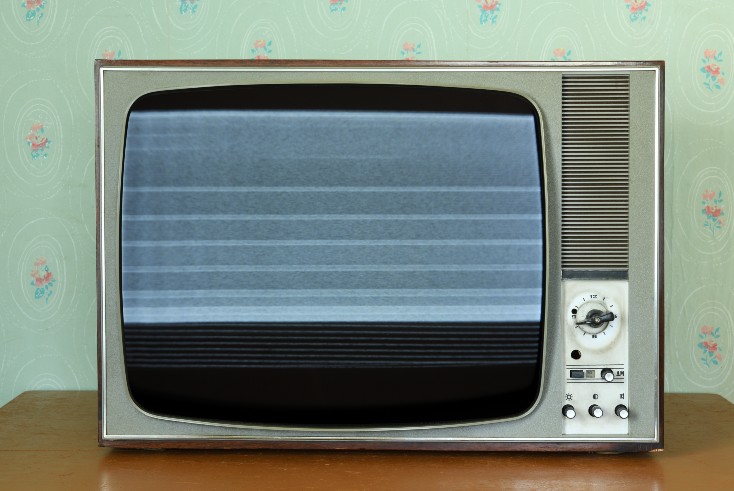 We are spending too little time and resource preventing message fragmentation across the long run.

Although adfolk of my generation can usually be found clinging to the wreckage of its golden age, I try to make sure that this column, at least, is served with a minimum of nostalgia on the side: when I draw on the past, it’s in the hope that it might inform or nudge contemporary industry practice in some small way.

So please indulge me while I raid a new book about the ‘good old days’ (more specifically of Collett Dickenson Pearce’s heyday in the late sixties and early seventies) in just that spirit.

Mike Everett’s Methods of the Madmen documents the genesis at Collett Dickinson Pearson (CDP) agency of a whole raft of long-running and fondly remembered campaigns: from Hamlet (“Happiness is…”) to Heineken (“Refreshes the Parts…”) and Hovis (“As Good Today As It’s Always Been”).

And that’s just the H’s.

In the words of D&AD Chairman Tim Lindsay, it’s a book that celebrates “a time when people liked what we did, and explains why”.

Advertising wasn’t perfect in those days (there were all those ads for cigarettes and cigars, for a start) but as someone who worked in the after-wave of the golden age, I was struck by two lessons from Everett’s adland that might still serve us well here in what we should really by now be calling ‘AdTechLand’.

The first is that advertising—or, more truthfully, some advertising—became embedded in popular culture back then by design, not by accident.

It’s true—especially with the benefit of hindsight—that conditions were favourable. Commercial TV and its mass audience was still relatively new, constrained to one channel and now available in colour.

But it’s equally true that the first televisual commercial missives on our shores were straight from the American school: information-led sales pitches, a creative mould that might have been expected to take root.

Instead, buoyed by the general creative optimism of the 1960s and our aversion to the hard sell, British advertising set off in the opposite direction: telling stories and creating characters; evoking feelings and attachments rather than just sending messages.

Our nascent commercials industry rubbed shoulders with the ‘pure play’ creative endeavours of TV, film, music, and fashion, where audiences came first and business results followed. And its talent base (albeit less diverse than today’s) was arguably more polyglot.

(As Frank Lowe used to say: of the three best directors he’d ever worked with – Hugh Hudson, Alan Parker and Ridley Scott—“one had gone to public school, one had gone to state school, and one had gone to art school”.  It made for a heady mix.)

Creative dreamers of that generation, many of them just passing through advertising on their way elsewhere, set their sights also on delighting audiences first and clients second. Creative ideas, often compressed into memorable endlines and other memes, carried their sales intentions lightly in the hope of finding their way into the vernacular: in our factories, pubs, and playgrounds.

Advertising became part of popular culture because it set out to do just that. For British brand owners of all stripes, it meant the sales grease of creative fame was suddenly within their grasp.

Who will dare to fly the flag for some modern iteration of this advertising MO, in a world that still craves entertainment? Or is popular culture now too diffuse to even try?

Secondly, and perhaps more straightforwardly, ideas like those above landed in our collective consciousness and then stayed there due to the steady repetition and iteration of the same finely-wrought thought.

Campaigns were understood as the highest form of advertising, building rolling familiarity—“like the hymns that even the occasional churchgoer recognises”, as a creative director contemporary once mused—and creating memory structures before we even knew what they were.

In those days, brands—long understood as phenomena that crystallise in the consumer mind and on the corporate balance sheet over time—were built with deep foundations and narrow spires: like stalagmites, formed from the slow but steady drip of a single source.

Alas, in today’s world of media proliferation and short-termism, ‘campaign’ has increasingly come to mean creative glue across multiple strands of activity at a point in time, rather than glue across time.

That’s important, of course, but it can blind us to the superior returns available from ‘longitude’, if you like: of campaign length rather than breadth.

Brands like Heineken and Hamlet progressively ‘owned’ their respective consumer benefits despite being no more refreshing or consoling than their product peers. Their single-minded platforms cut through the clutter in the small corner of our brains dedicated to brands, and flourished by being unchanged rather than ever-changing. Their advertising goodwill begat brand goodwill.

Brands are built over time, and the ideas that shape them should be, too.

Few brand-owners or even agencies can lay claim to campaign longevity these days, still less to ongoing creative excellence. But those that do still enjoy competitive advantage, because an idea built over time has its own rhythm and momentum for agency, advertiser, and audience alike.  (‘Every Little Helps’ celebrates its 30th birthday next year. In an advertising supermarket sweep, you’d take it over any other grocery idea and line.)

Of course the world is more complicated now, not least because today’s brands are increasingly built on experience rather than mere promise, but if anything that’s a reason to be more single-minded, not less so.

Short term-ism, advertising over-supply, and the fragmentation of audiences have conspired to blindside us to a towering truth: that brands are built in the collective conscious over time, and so the ideas that shape them should be, too.

If we are still in the business of brand-building for our clients (our end goal) rather than just buying audiences (a means to that end), then perhaps we are spending too much time and resource combatting media fragmentation in the moment, and too little preventing message fragmentation across the long run.