Is there still a place for Clubhouse? 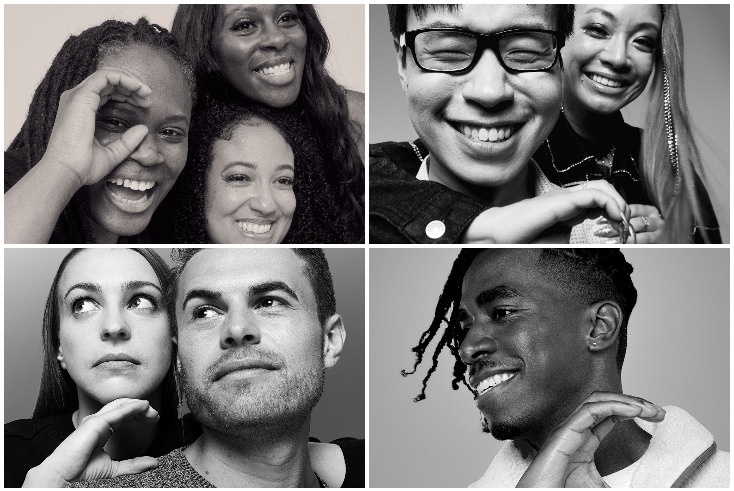 The original social audio app was born into success. Can it stay relevant against bigger competitors as brands continue to explore the new medium?

In March of 2021, Vanity Fair special correspondent Nick Bilton predicted the fall of Clubhouse after its debut into meteoric popularity at the beginning of the pandemic.

“Much of what Clubhouse replaces are things we did in real life before the pandemic began. Which, to me, is the crux of the problem,” he wrote.

The social audio app allows users to create audio chat rooms that can accommodate thousands of people and focus on virtually any topic one might be interested in discussing or hearing about.

Bilton continued: “I truly believe we’ll see a Cambrian explosion of activities involving human interaction; we’re going to want to get on airplanes and go to theaters and conferences and concerts with as many people as can be squeezed inside. The last thing we’ll want to do is sit in a corner by ourselves staring at our phones as we listen to a couple of tech investors talk about how wonderful Clubhouse is.”

In the very same month, The New York Times’ Taylor Lorenz declared that the era of audio creators has arrived. A “new kind of influencer” capable of “pulling in millions of weekly listeners and building online followings” was forming through groups such as Audio Collective, and competitors to Clubhouse were lining up to dive into the new arena, including the likes of Facebook, Twitter, Telegram, Discord, Reddit, Slack, and Spotify.

Over a year later, who proved to be right? Well, both.

It’s true that Clubhouse went from over 9 million downloads in February 2021 to a disputed less than 1 million monthly downloads at the end of last year. Regardless of the exact figure, the app’s growth clearly stalled as users began to emerge from the pandemic.

“Whether Houseparty, Clubhouse, BeReal – even Snapchat had its moments – we see this fluctuation in fame, engagement, love and hate regularly but what we have also learnt is that who survives and who thrives is not always easy to predict or ascertain.”

The social audio platform nonetheless has had staying power even though requirements for being stuck inside have been lifted. At present, the app still ranks Number 12 in the App Store’s News category (a curious label), ahead of Google News and Substack Reader.

Developed in late 2019 and launched in March 2020, Clubhouse was by pure luck born into one of the most well-timed product launches. As everyone was quarantining inside their homes, the new app provided ways to both maintain a sense of community and provide novel forms of socialization. In less than a year the app received 10 million downloads, and venture capital funding went from $10m in May 2020 to $100m in January 2021. By a third round of funding in April 2021, Clubhouse was valued at $4bn. 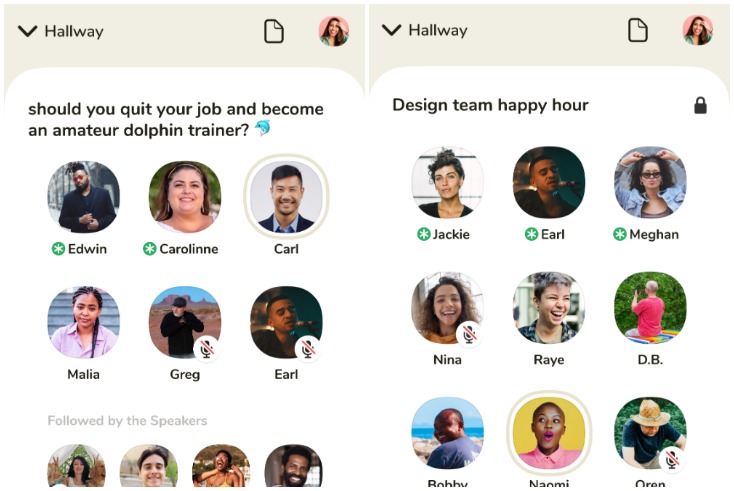 Co-founder and CEO Paul Davison had previous experience launching social networking apps – an earlier venture, Highlight, allowed users to use location services to discover people nearby. It was acquired by Pinterest in 2016.

Part of the reason for the explosion in Clubhouse’s popularity was that it began as an invite-only app. Not unlike the early expansion of Facebook, which was originally limited to Ivy League university students, Clubhouse was conceived with exclusivity in mind, bolstered by big time early users like Facebook’s founder Mark Zuckerberg, world’s richest man Elon Musk, and entrepreneur and Clubhouse investor Marc Andreessen. By February of 2021, invite codes for Clubhouse were selling for up to $400 a pop.

Despite the early focus on exclusivity (Clubhouse became open to anyone in July 2021) the app marketed itself as of, for, and by the community that makes up its userbase. Eschewing traditional iconography, the company cycles through different app icons monthly, highlighting photos of users (pictured – main). As of May 23, the app’s icon is of Clubhousers Daniel Anderson and Calista Wu.

Thanks in part to that marketing effort, Clubhouse has been something of a breeding ground for the audio creators described by Lorenz, though concerns over whether it plays host to lucrative opportunities have piled up over time.

In April 2021, the company partnered with Stripe to introduce Clubhouse Payments, allowing users to directly wire cash to beloved creators. To increase appeal, Clubhouse doesn’t even skim a fee (though Stripe does) off the top of the virtual tip jar. It is unclear, however, how many and how often creators receive tips from fans, and at present there are no other ways for them to regularly monetize their shows.

Earlier, in March 2021, Clubhouse announced the “Creator First” accelerator program which promised to help financially support talent on the platform through a stipend and helping to match creators with relevant brands. But by September, the program was being considered by some to be a relative flop, with seldom enough support from marketers for promoting the bevy of creators trying to make it on Clubhouse.

“At the moment, discoverability is a bit of an issue – the algorithmic ease of TikTok isn’t there yet – and it’s hard to measure social audio,” says Steve Wheen, founder and CEO of independent agency Distillery.

But that is not to say there is no reason for brands to be interested in marketing on social audio applications at all.

“There are many clear engagement advantages for brands with audio,” Wheen says. “It’s truly mobile, it’s an intimate and personal experience, it’s convenient to consume, you can multi-task with audio, and attention spans tend to be longer than with other forms of digital content.”

Wheen notes that there are a lot of content engagement opportunities with social audio despite it still being a relatively novel medium. For example, brands can host their own conversations, partner with influencers, celebrities, and experts, and because social audio is a “fleet-of-foot platform”, brands can quickly react to rapidly changing opportunities.

He adds: “Social audio presents brands with an opportunity to become a thought leader and an entertainment provider, but you have to put forward great conversationalists and be prepared to be authentic and transparent. Conversations are also a far less structured form of content, so brands investing in this space need to be comfortable with a level of risk and uncertainty.” 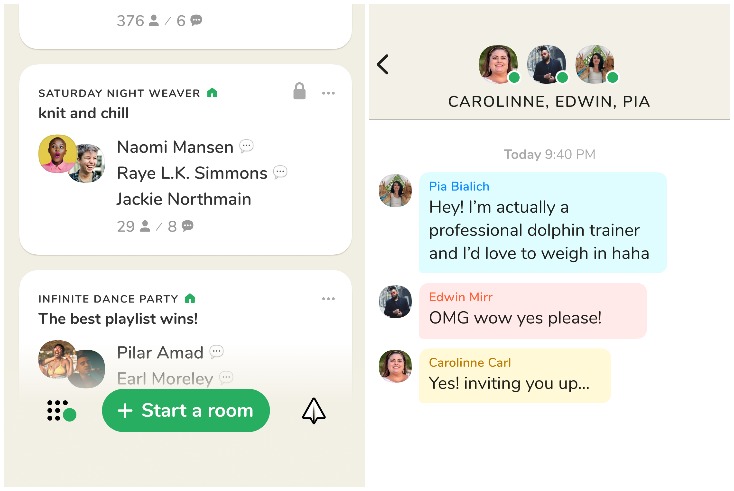 Hunter further advises that brands tailor their creative specifically for audio formats if they’re looking to explore the medium.

“Yes, you often have a captive audience, yes you have a cost-efficient production solution, but there are also many ways to create irritating and (often, thankfully) very skippable ads.

“Be smart with targeting, be selective with that podcast sponsorship, and be relevant with the content. Being disruptive and being annoying are two very different things. [And] think about sonic branding as this was definitely not just a buzzword from 2018 and can really cut through.”

Social audio is not controversy-free

As with any social media platform, for brands and users alike, there are risks abound.

Rooms on Clubhouse are moderated by its own members, and greater oversight is extraordinarily difficult given the nature of a live, audio-only experience. The lack of easy conversation moderation may be appealing to hardline free speech advocates, but it does mean that hate speech, bullying, and misinformation has spread across social audio communities.

A Clubhouse spokesperson told The Media Leader that the company takes moderation on its platform seriously: “Clubhouse has clear Community Guidelines and Terms of Service – we prohibit all forms of racism, hate speech and abuse, as well as the spreading and sharing of misinformation, and take action when those rules are violated. We have robust trust and safety procedures in place to investigate and address any violation of these rules, and strongly encourage people to report any violations of our Terms of Service or Community Guidelines. If it is determined that a violation has taken place, Clubhouse may warn, suspend, or remove the user from the platform, based on the severity of the violation.”

The app has also received praise for its outreach toward and platforming of diverse voices and communities.

But concerns remain, especially as social media has come under fire more broadly as a place where anger, hatred, and calls to violence fester. The platform and those like it can be a PR risk for stars and brands: actor LaKeith Stanfield made headlines for having to issue an apology for being made a moderator of a Clubhouse chatroom discussing the teachings of Louis Farrakhan that quickly turned antisemitic.

Other reports of antisemitism have been noted in the past, and Clubhouse has, for example, had to ban provocateurs for spreading Islamophobia.

For this reason, Wheen states that social audio isn’t for all brands: “There is an inherent level of risk in hosting live conversations, which simply won’t be appropriate for brands that like to keep a very tight control on their messaging and associations.”

So where does Clubhouse go from here? As Hunter offers, there’s still a place for it in the digital ecosystem.

“There is still a role for Clubhouse when it comes to niche and passionate audiences enthusiastic for conversations, particularly for STEM industries, and even within marketing and creative there are a lot of communities and chats that are helpful and insightful and will live on”.

The Evening Standard wrote that the app indeed remains popular with a host of niche communities, including the Ukraine Sitrep Room – the longest continuously running and largest-attended (to the tune of 1 million unique people) social audio experience, dedicated to supplying accurate information about the Russian invasion of Ukraine.

Clubhouse itself has pointed out popular niches as a selling point, including a “Meet Palestinians and Israelis” room that received over 500,000 guests in 2021 (a more positive example to highlight against the aforementioned bigoted content that can exist on the platform).

On the other hand, daily news shows that have sprung up such as News News News and Tech News Around the World which have over 50,000 and 100,000 members, respectively, continue to offer broader appeal.

But Wheen is bearish: “When Facebook and Twitter entered the market, Clubhouse was forced to ditch its invite-only approach, and it’s hard to see how it can really compete with the two social media giants and others entering the social audio space.”

Despite hiring freezes at companies like Meta and Twitter amid a broader economic downturn, the big tech companies that copycatted Clubhouse’s success are unlikely to turn back now. A record number of Twitter Spaces were created in Q1 2022 and the company has been on a marketing push while rolling out new features for the product.

Similarly, Spotify’s Clubhouse competitor Spotify Live (previously Spotify Greenroom) saw a rebrand effort and an expansion – users can now access the live audio functions both as a standalone app and in the Spotify platform, with a marketing push including the likes of Swedish House Mafia and Hasan Minhaj in tow to market the changes.

“The platforms that last […] are those that can adapt and evolve in line with our demands, and this is always going to be tough for apps and platforms built out of such a specific need,” says Hunter.

Evolution is hard, and not all social media companies have the bandwidth to be allowed to make mistakes. Twitter survived despite Fleets existing for but a fleeting moment, Tumblr’s ban on adult content effectively killed a once-high flying community, and Houseparty was discontinued despite a similar spike in popularity during Covid.

Clubhouse’s current business model is to persist on its investors’ good will until it grows enough to consider larger monetization strategies. The company will have to continue carving out a niche for itself, just as its creators have, if it is to stay relevant and prove doubters like Bilton and Wheen wrong.