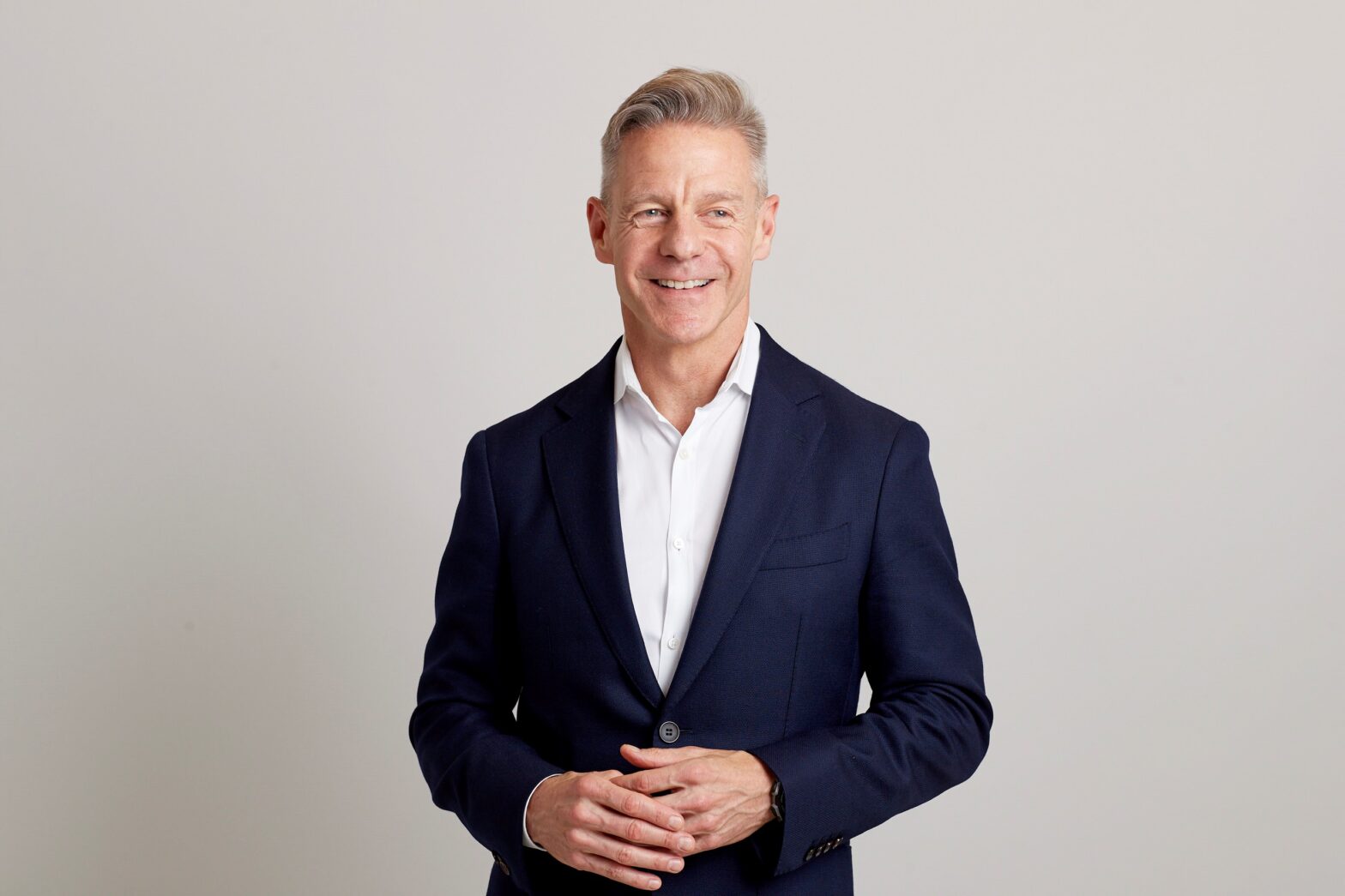 The Independent CEO Zach Leonard speaks to Mediatel News editor Omar Oakes about the title’s global ambitions, now that it is set to turn a profit for a fifth consecutive year since going digital-only. But how well do his plans sit with the 35-year-old title’s brand values?

How many, for example, could claim to have launched the UK’s first paperless ISA, as Leonard did over 20 years ago when he worked for investment company Fidelity?

But then The Independent’s brand has always purported to be different.

It may seem impossible to imagine now, but in 1989 The Independent, a liberal broadsheet known for campaigning with its striking poster-style front pages, had such a large readership that it rivalled The Times, with a peak circulation of 421,829.

Today the newsbrand, having just celebrated its 35th anniversary, is more likely to be known as a cautionary tale for how the internet can impact the economics of news.

After almost 30 years of losing money, newspaper audiences declined to just over 40,000 once free or discounted copies were stripped out. Alexander Lebedev, who bought The Independent for just £1 in 2010, moved quickly to launch a compact daily stablemate, i (since sold to Johnston Press), which arguably cannibalised the Indy’s print readership.

For five years now, the Independent has been an online-only brand. But a funny thing has happened since 2016: it is now consistently making money.

Mediatel News understands that unaudited financials for The Independent, part of Lebedev’s ESI Media, will show that the title is set to double its operating profit this year to £5.4m, while revenues will grow 30% to £39.3m. Advertising revenue, which is now all digital, is set to have grown by 14% year on year.

This would mean that The Independent has been in the black each year since 2016, including the pandemic-hit 2020 when it recorded a £2.7m operating profit.

No wonder Leonard is smiling as he sits down with Mediatel News.

“I would say the results have been fantastic; particularly the growth of the business, being able to present double digit growth and audience,” he beams. “Our total revenue in the year just completed at the end of September, was up well, north of 30%. year on year. I struggle to name another media company who can talk to those results.”

With a background in developing digital financial products, Leonard entered the world of publishing via the Financial Times, where in 1999 he was recruited to be CEO of FT Marketwatch.com.

Before joining ESI Media in 2010, Leonard held executive roles at Accenture and News International (now News UK) where he was digital publisher for Times Media and MD of Milkround, the online recruitment site.

It’s a far cry from the usual CEO mould, where a man (it’s nearly always a man) rises to the top after hacking his way through the noisy jungle of ad sales.

The US is critically important for international growth and the American operation has grown by about 50%, Leonard says, in terms of investing in new editorial and commercial staff. It is now to set double, from 25 to 50, in the coming months.

“We’ve got roughly now 20, our writers, editors, and five in the commercial side, and they’re mostly clustered around New York, but we have two people in Washington, someone else in Portland, Oregon, and one or two people now in Los Angeles, but we’ll be growing a West Coast [office] this year. And a lot of that comes down to two things: one is managing 24 hours around the clock. And with that, two, we’re able to drive our ongoing search authority in a really brilliant way.”

But what’s the sell to an American audience? The country’s biggest newspapers, the New York Times and the Washington Post, are both regarded as “liberal”, as is The Guardian, another British newsbrand that has sought to build a sizeable US audience through a website without a paywall.

“It really comes down to the profile of our readers and visitors,” Leonard explains. “If you imagine a map of America, this East Coast and West Coast is where our audiences are predominantly located, with a strong cluster around Chicago and and bits of Texas… You’ll find that the US audience of the Independent has a higher degree of graduate and postgraduate study and very high net worth – I think the [salary] average will be $100,000 and up as professionals.”

Leonard believes that the recent launch of The Independent in Asia meant that the newsbrand can already claim to be a global publisher, but he admits it’s still a work in progress.

“We’re not trading commercially as, as a kind of ‘Asian edition’ now, other than what we do through network and programmatic. Many brands are in the same way that I would have characterised the FT or Wall Street Journal as being really ‘present ‘in Asia. We have ambitions to grow in that same manner.”

‘No conflict’ caused by syndication deal with Saudi company

Licensing and syndication is also on course to grow from 25% to about 30% of The Independent’s business, Leonard reveals. About 60% comes from advertising, with another 15% derived from product development and digital services, including tech support for other publishers.

He describes the brand’s relationship with the big tech platforms as “unique”, given its prominence on Apple News, Facebook News and Google News.

Having joined the business in 2010, he was digital managing director for The Independent and Evening Standard before being appointed as CEO of the “Indy”.

In 2019, he was tasked with expanding the business, particularly in its largest market of North America and in relation to its advertising, licensing, syndication and reader revenue lines, following the launch of Arabic, Turkish, Urdu and Farsi licensed sites earlier this year.

Leonard also namechecks The Independent’s partnership with the Middle East’s biggest publisher, the Saudi Research and Marketing Group (SRMG), which entered into an exclusive licensing deal to create foreign-language sites in 2018.

British business involvement with Saudi Arabia has come under fire in recent years after the brutal murder of Washington Post columnist Jamal Kashoggi by Saudi security forces at the country’s consulate in Istanbul.

Within the last few weeks, Newcastle United Football Club’s takeover by a Saudi-led consortium has prompted a wave of criticism about the country’s human rights record, such as its treatment of women and the LGBT+ community.

Leonard insists there is absolutely no conflict between The Independent’s journalists holding Saudi Arabia to account and the business having such a syndication deal.

“The agreement itself is fundamentally protected, and guidelines of The Independent are sacrosanct,” Leonard insists. “Therefore the SRMG’s use of our brand and our editorial, it applies also to their original content that they must adhere to and abide by those guidelines. So there’s a kind of black-and-white protection element there, which is really critical. We wouldn’t have gotten into it otherwise.

“That being said, we also have to do our job as we think the world’s leading independent (both uppercase and lowercase) publisher to ensure that we’re covering fully challenges of the market that they may either directly or indirectly be associated with.”

There is also the matter of how such a relationship affects The Independent‘s brand. During life in print, the newspaper was famed for producing bold, poster-style front pages that warned about global warming long before Greta Thunberg was even born.

He also points to the “brilliant” Saudi Green Initiative, a conference in Riyadh that Leonard attended personally and, he says, “was a sort of COP26”.

Saudi Arabia is the world’s second-largest oil producer and accounts for roughly 11% of global output, according to US government estimates for 2020.

One wonders whether journalists in the The Independent’s office in Derry Street, Kensington, would agree and whether the association would have a chilling effect on articles critical of the regime. The SMRG’s Wikipedia page describes its closeness to the Saudi government “has led it to be considered as an organ of soft power for the [Saudi] regime in the West.”

But Leonard insists: “I’d point to the journalism that we produced around that [Kashoggi’s murder]. And you can form your own opinion. But we feel very strongly that we have maintained that objectivity.”

Speaking of “the journalism”, The Independent brand was also known for its republican tendencies.

For years the newspaper’s editors refused to carry “trivia” stories about the Royal Family and would even run historical fiction imagining how the monarchy’s abolition would come about (albeit under the auspices of Virginia Bottomley, of all people, as prime minister).

But all that is gone in the digital age, where Royal stories are world-class material for clickbait. The Indy’s own marketing material explains that Meghan Markle’s marriage to Prince Harry was the time when its editorial policy changed, because now a woman of colour was part of the Royal Family.

“We were keen to reflect this shift in cultural and social mores,” the newspaper’s marketing says. “As [Harry and Meghan’s] role in public life has evolved, we have continued to cover the debate.”

Leonard is altogether fuzzy on the editorial stance of years gone by when it comes to the Royals – “I’m not the person to ask about that!” – but he knows their editorial value today and is clear about how to maximise big news events like April’s Oprah Winfrey interview with Harry and Meghan, broadcast on ITV, in which she accused the family of racism.

“There there there would be quips in the past like ‘what, do we cover the Royals?’ Of course we do! But we do it in a way that’s very independent-minded.

“[The interview] was heavily marketed; you might remember there was a good week to 10 days to prepare. And that’s gold dust to us in terms of our brilliant strength and in SEO is to begin to warm up and fine-tune for the demand for an event like that.

“And there’s great Hollywood links in there, which again, brings popular interest. There were clearly interests around all things race and diversity and inclusion at that point, as well as Harry’s shift and move away from the family. That was a very good news topic, but also enriched as far as opinion and our voices content as well. So the royals are certainly on our agenda in a way that I think The Independent puts a stamp on.”

Being anti-royal certainly wouldn’t be popular. A majority of people in the UK have supported the country having a monarchy over the last 25 years and republicanism has never seemed a serious prospect.

To illustrate the point in the last few days, former Independent editor Amol Rajan, now the BBC’s media editor, has apologised for a 2012 op-ed in which he described the Queen’s Diamond Jubilee as the “industrialisation of mediocrity” and that the Duke of Edinburgh was a “racist buffoon”.

Rajan, who has just aired a documentary about the royals, has been accused by critics of impartiality because he is a self-declared republican – as if journalists have to endorse everything they cover like some authoritarian stooge.