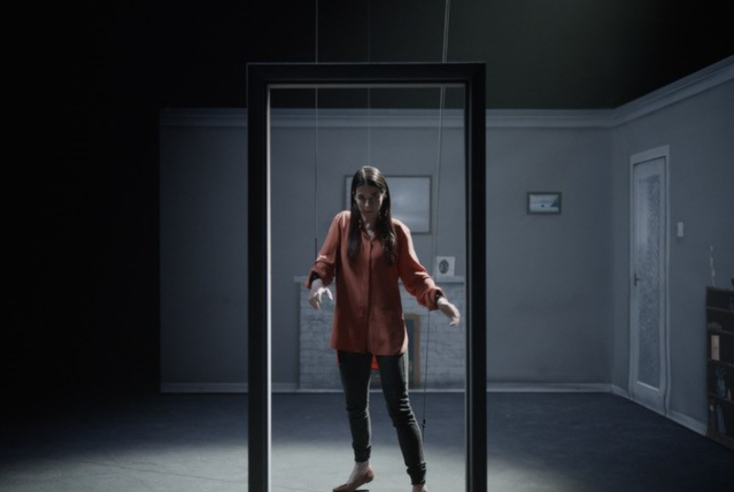 HSBC is trying to “stop people in their tracks” with an array of targeted social media ads that lay out “horrifying and unexpected” facts about economic abuse in the next step of its multi-channel awareness campaign.

The first part of the campaign started in May and marked an evolution of HSBC’s earlier “No Fixed Address” campaign which teamed up with charity Shelter to offer homeless people a way to get a bank account.

The campaign launch initially centred around a large out-of-home (OOH) special build (pictured, below) which focussed on driving attention to the impact of financial abuse and HSBC’s Safe Spaces initiative. 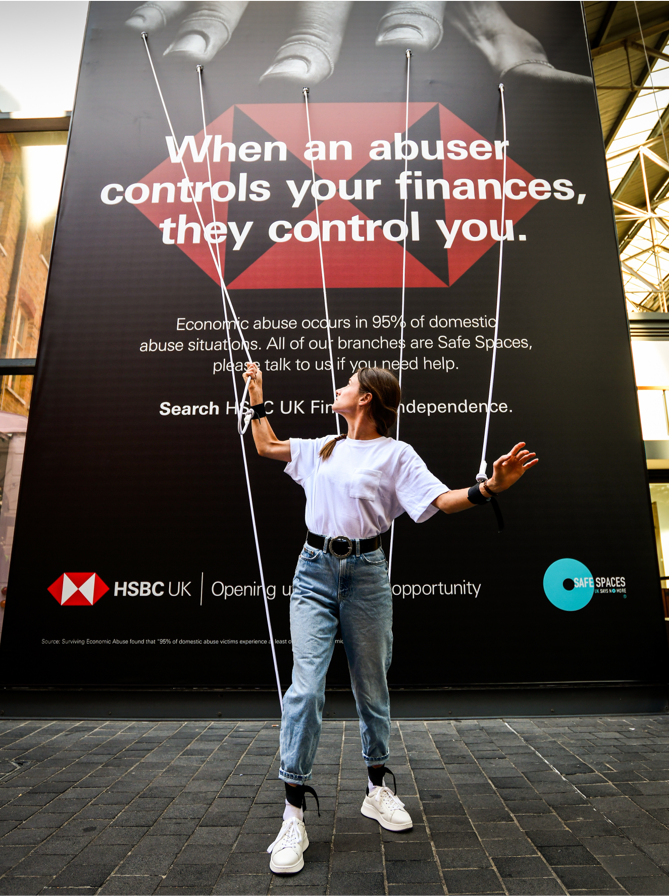 The second stage of the fully integrated campaign, with a budget of £2m, will run until 18 December and is now more focussed on driving more awareness and specifically reaching an audience who are directly affected by the issue of having their financial independence limited by domestic abusers.

Every media channel on the plan played “a slightly different role” in raising awareness for the issue to a broad audience, or specifically target victims themselves to help them regain their financial independence.

For mass awareness and to “dramatise” the distress a victim of economic abuse feels and offer support via safe spaces or other services and partnerships, a 30-second spot will run across broadcaster video-on-demand (BVOD) and Netflix’s “Basic with Ads” tier. Ads will also appear in daily newspapers like Metro.

On BVOD, data-driven targeted All 4 ads will roll out later in the campaign to enable HSBC to direct viewers to their closest branch via a dynamic store locator. QR codes will also appear alongside the ad on desktop and bigger screens with a map function for those within 10 miles of a branch.

Social ads on Meta and YouTube were designed to “stop people in their tracks” with “horrifying and unexpected” facts about economic abuse, while increasing awareness of partnerships and services.

Meta was mostly used for unskippable placements with broad reach, delivering the message of what Financial Abuse consists of and what HSBC is doing to combat it. There was also a WhatsApp story asset which helped  users identify signs of Financial Abuse.

HSBC also used keywords and contextual targeting on YouTube to find users who searched for support from financial abuse.

Data-driven targeting to reach people on their own

For the more targeted elements HSBC leveraged a blend of roadside, rail and underground OOH formats, plus “discreet” locations like bars, gym changing rooms, motorway services and hospitals, which were chosen for higher dwell times and the likelihood that victims were on their own at the time of seeing them so they would in turn be more likely to use the support.

The bank also placed ads in 16 different daily and community press publications  like Attitude, The Voice and Eastweek Magazine to reach Black, Asian, and LGBTQ+ communities, potentially an audience who might be less willing to open up or seek help.

Digital audio on Dax, Octave and Spotify was also added to the media plan to “compliment” this part of the campaign as it was more likely for people to listen to this content on their own through headphones.

While the Spotify activity is not yet live, this platform was selected as it tends to reach users in a personalised and intimate environment. HSBC targeted particular playlists where users were expected to have their headphones in so a message could be delivered while protecting potential vulnerable users from being overheard if they were in an abusive relationship.

Protection and awareness, rather than measurement

In terms of measurement, a PHD spokesperson said HSBC was not looking to measure the specific activity, however, building on the “No Fixed Address” campaign the bank saw a large increase in sign-ups for no fixed address bank accounts.

They added that the campaign was about protection and awareness more than anything else, and the hope is that the QR codes on the “more intimate” posters will see an increase in scans, showing that people are inquiring about and engaging with the services available.

Media planning was by PHD and creative was by Wunderman Thompson.