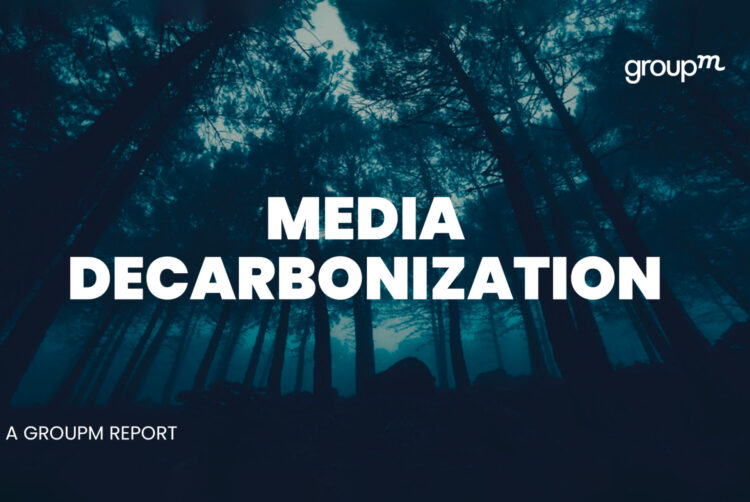 While Europe suffers under record-breaking heatwaves, WPP’s GroupM has unveiled a first-of-its-kind effort to standardize the way carbon is calculated across the media industry in a bid at self-regulation.

In lockstep with the Greenhouse Gas Protocol (GHGP), GroupM hopes that its new model for media carbon calculation and recommendation can act as a necessary step to accelerate carbon measurement and, therefore, rapidly reduce the industry’s overall footprint.

The media industry has previously taken steps to outline goals for decarbonization through Ad Net Zero, which aims to reduce the carbon impact of developing, producing, and running advertising to net zero by 2030.

GroupM and WPP have themselves set commitments to reach net-zero across its direct operations (known as scope 1 and scope 2 emissions under the GHGP) by 2025 and its value chain (scope 3) by 2030. At present, WPP’s current carbon footprint is comprised of 98.3% scope 3 emissions, 55% of which is caused by media.

That is equivalent of 7.3 billion miles of driving a gas-powered car.

GroupM notes that though a number of media carbon calculators do currently exist, they use inconsistent parameters—disallowing the ability to compare emissions from one channel to another—and data and calculation methodology. The result is overly broad and sometimes inaccurate estimates of media campaigns’ carbon footprint.

“Today’s carbon calculators are using either outdated or incomplete data, and data is the hardest part of the calculation,” says GroupM & Choreograph’s global chief innovation officer Krystal Olivieri. “Plus, they all measure output differently, because there is no standard output for how to measure emissions from media.”

Lack of standardized measurement capability has disincentivized the move toward more sustainable business practices in the media industry. It is difficult to reallocate budgets without reliable measurement in place as the effects of such changes would be unknown.

The internet alone reportedly accounts for 4% of global carbon emissions—more than the airline industry—much of which is driven by online advertising.

“If we all continue to work on this problem independently, we’re going to have a very limited impact on carbon emission reductions,” said Oliver Joyce, global chief transformation officer at GroupM agency Mindshare.

“If we want to move further, faster, we need to work as one with a consolidated plan. There is massive urgency here, and we cannot move as slowly as we have in the past.”

‘Cradle-to-grate’ focus in the short term

Stages of the lifecycle that are measured include raw material cultivation and extraction, production, distribution and storage, consumer use, and end of life. GroupM stressed that the primary concern for now are the first three stages (known as “cradle-to-gate” as opposed to “cradle-to-grave”), which advertising companies can have more direct and immediate control over. GroupM notes that there are further challenges in measuring “gate-to-grave” emissions that still need to be considered.

Users can input their media channels, options, and channel investment size into the calculation, which breaks down the overall expected carbon footprint across five different stages (broken up in 14 total sub-stages) across their ad’s lifecycle. 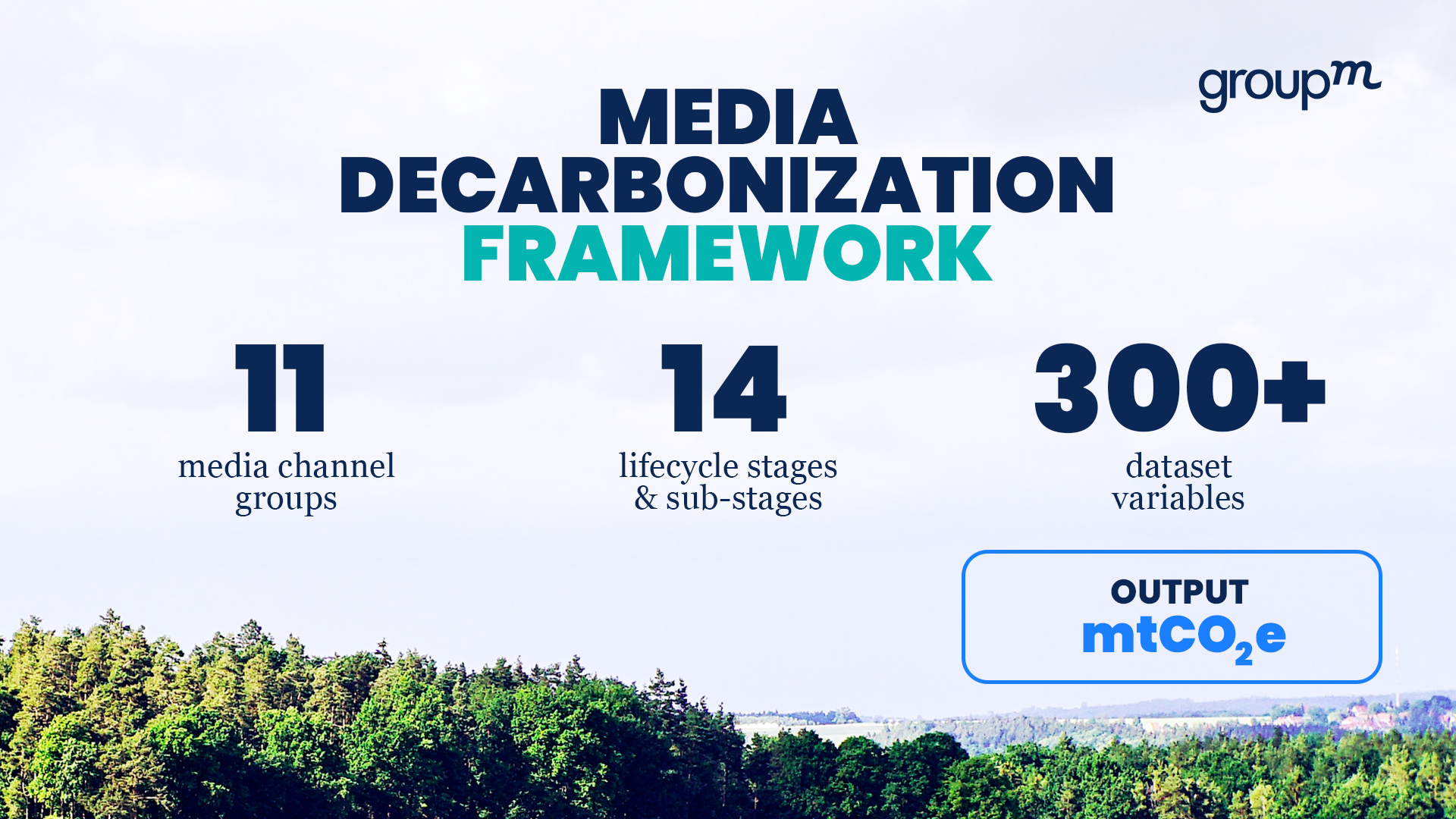 Joyce and Olivieri referred to the nuts and bolts of the measurement as “incredibly complex”, but nonetheless effective in establishing a baseline to continue iterating on in the near term. The pair imagines the project taking 2-3 years before it is completely mature and adopted across the entire ad industry.

GroupM points to the possibility of “quick wins” in digital advertising by using their model to buy fewer ads from higher quality publishers, cut complexity within the digital supply chain, buy green media products, and reduce the size of creative digital assets. It notes that there is a 500% difference in carbon output between the best and worst sites that could drastically be reduced.

‘The beginning of a learning curve’

Though digital media and print media have very different lifecycles and cross-channel measurement has proven to be a concern for the industry in recent years, GroupM is confident their model allows for accurate measurement, with Olivieri adding that GroupM is “seeing a lot of good will and a lot of lean-in as compared to other media measurement conversations.”

“We know the first iteration of any approach is not going to be perfect, but we can no longer let perfection be the enemy of good,” says Olivieri, who called the methodology a “first draft” and “the beginning of a learning curve” that she invited the industry to partake in, adding: “This shouldn’t be a competitive advantage, but something we all do together.”