Why just buy media space when you can create it? 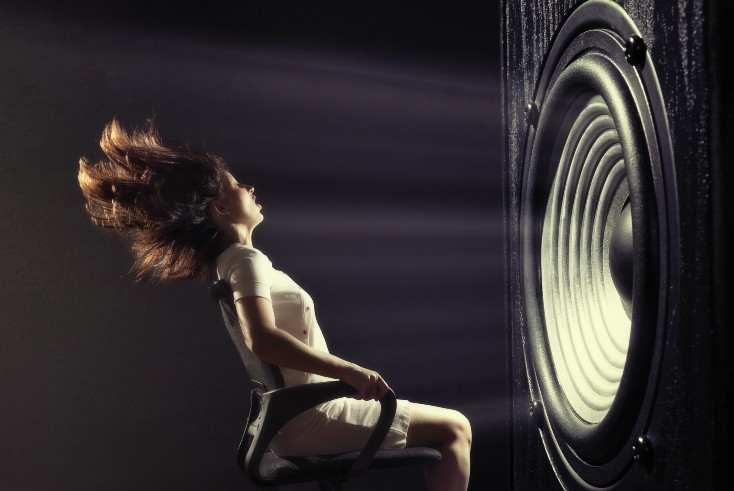 Most copy is forgettable when it is both unremarkable and wedged cheek by jowl amongst other insistent messaging. Space is an advertiser’s best friend.

You don’t have to take a vacation to the USA to be reminded how self-defeating commercial clutter is, but it helps. Here, it seems, the TV commercials get interrupted by the programmes, rather than the reverse: the ads bleeding so quickly into one another that you can’t see the join, let alone pause for a moment’s contemplation of what you’ve just been sold or told.

The US’s vast array of commercial radio stations not only dwarf the tiny, not-for-profit, National Public Radio (NPR) but their commercial minutage floweth over: punctuated only by the odd commercial-free segment, comprising only the station’s own commercials unironically declaring it so.

And this, of course, is just the media surround sound circling American audience’s most insistent advertising machine as they, like we, scroll away on their phones. Faced with this unrelenting barrage—which still contrasts with our own, increasingly oversupplied, advertising market—it’s hard not to conclude that when space is denied, effectiveness is diminished.

In the US, of course, commerce is culture. So perhaps it’s no surprise that its media rhythms are both louder and more frequent than we are used to in the UK, with our more coy historical relationship with salesmanship and the salesman (because invariably he was a man).

A medium’s power is borne of effectiveness

But it’s helpful to be reminded just how forgettable most copy is when it is both unremarkable in its own right and wedged cheek by jowl amongst other insistent messaging, without even the graceful fade that the UK commercial break affords its advertisers and viewers.

If you’re a media vendor, perhaps this doesn’t matter, in the short term at least: more minutage and shorter time lengths means more revenue, right? But in the long run a medium’s power is borne of effectiveness, which remains chiefly a matter of strategy, creative power and good media practice.

And all three of these require space.

First of all, the strategy team needs space to think, and not just about the relevant market, audience and brand but about competitors too. (It’s surprising how often the latter is only afforded some insubstantial review.) But space is also the outcome we seek: whether that’s genuine, high-level differentiation from competitors or the more quotidian distinctiveness advocated by Byron Sharp in ‘How Brands Grow’.

The creative team also need space to think, but their additional burden is to create space within their creative recommendation also, because communication is more powerful when the audience ‘completes the sentence’ as it does elsewhere.

Advertisers rush to make their point

Advertising is not art, but Bill Bernbach was surely correct when he declared “persuasion is an art, not a science”, a sentiment increasingly forgotten as we forge ever deeper into advertising’s science era.  And art—and artists—remind us how space, far from being a creative luxury, actually helps humans to communicate with their fellow human.

Paris, Texas and City of Angels director Wim Wenders may be an outlier, but as the filmmaker explained recently:

“My films are very open systems. They leave a lot of space and air for a viewer to project himself or herself into it. In a novel, you can read between the lines, even more so in a poem…My films leave plenty of space between the images, so to speak, more than most others…[Looking back] I can see exactly where I didn’t leave enough space between the lines. Where I was following the plot instead of the story. Where I tried too hard to make a point. Where I didn’t trust the audience enough to fill the spaces. Air is a great thing in storytelling. And in music. I guess in life in general.”

Now you can leave too much space in a commercial as well as too little, but the acceleration of digital consumption (in both senses of the word) has surely tilted the world of creative content decisively towards the latter: advertisers rush to make their point, and stories be damned, in the soup of ‘continual partial attention’ we have created on the other side of the advertising transaction. (Speed and brevity of communication that I contend makes brand-building harder, even if Twitter’s recent research suggests this is the new attention hotspot.)

All of which brings us on, finally, to the media agency, whose thinking space is surely as compromised as it is informed by the dashboards and data and who—like their creative —can also improve client outcomes by proper contemplation of space: in their case by creating space around commercial content rather than within it.

Strange data point as it may seem but the world’s most prestigious creative awards shows increasingly honour creative work that has done just that: found a new media home away from other advertisers, where communication can breathe. See Adidas’ “Liquid Billboard” and Sheba’s “Hope Reef”, by way of example, albeit that both activations must then fight for earned space.

Three new tests for us, then, as we aim for the very best returns on communication and keep the commoditisation of advertising at bay, on this side of the Atlantic, at least…Have we found distinctive strategic space for our brand? Have we left space within our communication for audiences to complete it,  savour or even just attend fully to it? Have we found media space away from our competitors, and ideally from other advertisers?

It’s a bittersweet irony that while there may be no room for it on the dashboard, space remains the advertiser’s best friend.