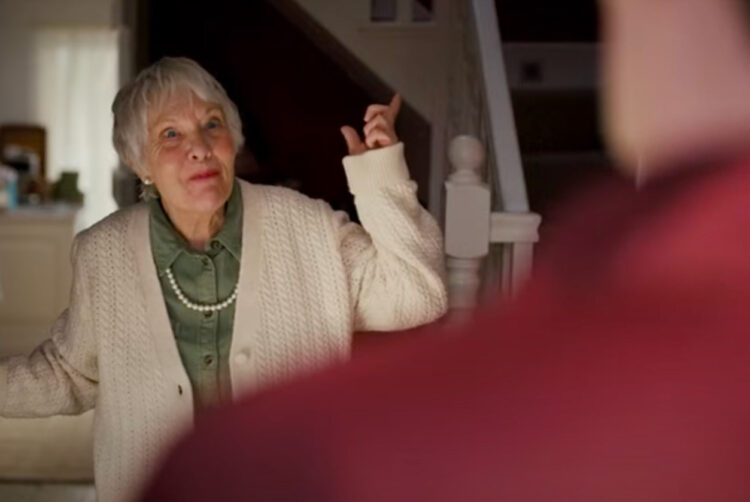 The brand’s excellent ad campaign got me wondering what three words my friends in media would use to describe the state of play as we leave 2022 behind.

The turn of the year approaches, and round-ups and predictions abound.

My favourite creative work from a relatively fallow year included some stuff that everyone seemed to like: the National Lottery’s Christmas ad and British Airways’ canny reinvention as humble trip-enabler rather than pompous flag-carrier.  A three-and-a-half minute ‘telly ad’ and a multi-media blowout with hundreds of creative permutations respectively. Proof, for now, that both models can flourish side by side.

A more everyday example of good work, however — elbowed aside in end-of-year assessments by more recent and more extravagant productions — was the ‘what3words’ ad that bubbled up in late spring. A short-form commercial, well-written, well-cast and well-directed: the sort of brand communication that wins back a little of the lost affection for what we do…

You can say a lot in three words. Hemingway, after all, famously landed a bet by writing a whole story in just six. (“For sale. Baby shoes. Never worn.”)

We like threes. Politicians — and their speechwriters — have long understood this, executing against this ‘rule’ with varying degrees of success. For a recent, local example, witness the stickiness of “Get Brexit done”.  On the other hand, this year’s Conservative Party leadership campaigns: remember “Ready for Rish(i)”, “PM for PM” and “Trusted To Deliver”?

The advertising business is, obviously, especially adept at this stuff. Compressing acres of client strategy into pithy brand soundbite or sales pitch is arguably the essence of what we do, perhaps increasingly so as content continues to burgeon and attention spans collapse.  And the three-word endline, poster or post, remains the acme of the profession for some.

When we’re asked to summarise a brand or its story, reaching for one word only is hard. Two might just work. Four or more are always available to us. But we’ll often shoot for our equivalent of the furniture designer’s three-legged stool: done well, a thing of both beauty and solidity.

The best echo down the ages. “Just Do It.”  “Every little helps.” “Labour isn’t working.” “Vorsprung durch Technik.”

My creative director once spent years trying to persuade Budweiser to run a poster that simply said “Cheese. Steak. Racing.”: graffiti he’d seen carved into a US washroom door, presumably by some kind of blue-collar bon viveur.

I’ve seen media plans helpfully arranged in threes, and sometimes even media space, all the better to expedite a creative execution in three parts.

Right now, of course, we are running the gamut of seasonal endlines, from “Joy for all” at one end (proof that three words are no get out of jail free card) to the wonkily irresistible “Holidays are coming” at the other.

In a sense, these are not just three-word but ‘what3words’ endlines, in that they locate us pretty precisely in the run-up to Christmas in much the same way the location site maps our physical whereabouts.

Which got me wondering what three words (or even ‘what3words’) my friends in media would use to describe the state of play as we leave 2022 behind.

It’s a game you can play too, but here’s a few of my favourites…

“Strictly Come Dancing.”  (Proof that linear/scheduled/episodic content can still find a mass audience, albeit in this case not one available to advertisers.)

“Jules Rimet Trophy.”/”The White Lotus.” (as above, but with ads)

“Alphabet. Amazon. Apple.” (The winners as the tech tide recedes)

“Wednesday versus Avatar.” (Currently looking like a home win)

I’m delighted we are finally grappling with attention as a media metric.

I’m worried that as humans we have sold our attention too cheaply, and that it is splintering into pieces that can’t be put back together.

And I’m not sure that advertising content will ever reward our attention in quite the way it used to.

And with that… Happy New Year!