Fast streaming is here. But is it too late? 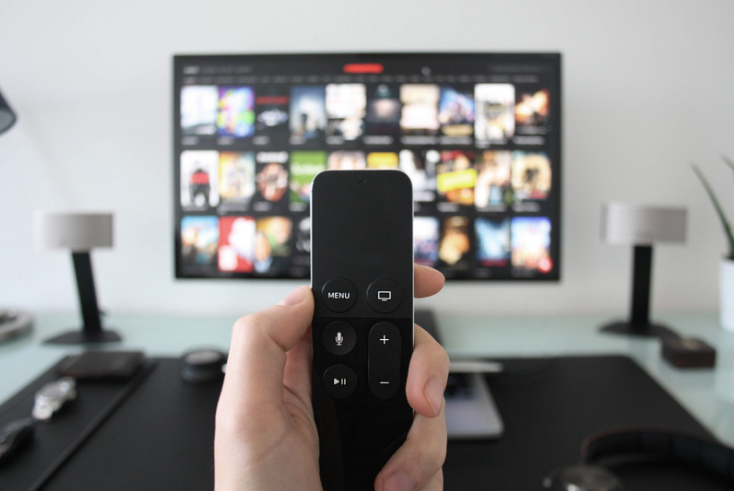 Another acronym heralding a new age? Or does Fast TV hark back to a simpler time in advertising?

There’s a new acronym in town, always a giddy moment in an industry so infatuated with the new that it was –  or, rather, we were –  once famously compared to the dogs that bark at every passing car.

This time there’s a twist, however, because ‘Fast’ streaming is in fact the collective noun for none other than our old friend: free, advertising-supported telly, albeit now in the guise of emergent online platforms such as Pluto TV and Amazon’s Freevee (its overdue rebrand of IMDbTV, which always looked more like an eye test to me than a content hub).

Although both are part of a much wider, subscription-led media play – as parallel offerings to, and shop windows for Paramount+ and Prime Video respectively – Fast streaming adds to the sense that broadcast advertising as we knew it is enjoying a minor resurgence.

A counter-wave perhaps, rather than reversal of the media tide, but one that can surely be expected to build further as the cost of living crisis kicks in, subscriptions get trimmed and Netflix joins the drift back towards free.

Younger readers, of course – already scratching their heads over the return of something called Challenge Anneka – may need to be reminded that ‘Fast’ was once advertising’s predominant form, minus the acronym.

A much wider disruption story

The birth of commercial (and colour) television –  dating back to the late 1960s and early 1970s, the period roughly spanned by the Mad Men series –  profoundly changed the way we produced and consumed advertising. It heralded an era where advertising was relatively popular, or at least commonly tolerated as the “price” of receiving free-to-air TV.

Back then, advertising remained in comparatively limited supply, skewed strongly towards broadcast media, and so towards shared (or communal) consumption, whether for a beer commercial or political poster. It became a common language and cultural touchstone. Ads –  and otherwise humdrum brands –  could be famous.

It was a model that would itself be brutally up-ended by the birth of the internet and the arrival of Google, Facebook and YouTube in 1998, 2004 and 2005 respectively.

‘Digital’ changed advertising just as dramatically as broadcast commercial TV had done, on this occasion as one part of a much wider disruption story.

It has become a foundational business stone for a whole heap of DTC brands and generally swollen the advertising business as we know it, with media agencies capturing more of the pie than creative.

But as ‘Fast’ waves its unfashionable flag, it’s timely perhaps to reflect on what we have lost as we have transitioned from one advertising culture to another, if only because it helps to form a ‘to do’ list for the industry. Here’s three for starters, all related…

Firstly, advertising is less popular and less trusted than it used to be, which is a problem not just for audiences but for advertisers too (it also increases the likelihood of regulatory intervention).

The villains of the piece are well-documented: bombardment, excessive frequency, invasion of privacy and so on.

Rolling away bad tracking practice is a start, but the hill we are climbing is steep: a task even Anneka might blanch at.

Second of all, our basic sense of what advertising can do has been corrupted. Its ability to create mighty, defensible brand franchises is hardly withering on the vine but has been increasingly supplanted by a more frenetic urge to shake the immediate sales tree.

This despite all the science still pointing to broad penetration being the key to ongoing sales growth, and long-term brand effects being the ultimate profit unlock.

Finally, creative standards have fallen. As evidenced by Orlando Wood in his excellent IPA-sponsored provocation Lemon, advertising has increasingly reverted to 2D messaging from 3D storytelling… and executions are busier than ever.

The unstoppable rise of account planning in the creative agencies of the 1980s helped shift the prevailing mental model of ‘what advertising does to people’ to ‘what people do with advertising’… and then onto something altogether more impressionistic, yet no less powerful.

It seems to me like we are reversing back along that spectrum, with ideas steadily giving way to messages.

Simplistic binaries are rarely helpful, of course: the new advertising age brings both upsides and downsides.

But in this age of narrowcast, Fast streaming reminds us of the upside for all parties that broadcast brings: ad revenue for the media owner; a less costly and invasive media experience for the audience; and sales upside –  sooner or later –  for the advertiser.

Advertising is not going back to the future, but brand owners and their agents might like to reflect that the notion of ‘broadcast’ was first applied to the act of sowing seeds, long before it was assigned to the widespread dispersal of the radio or TV signal.

It’s an irresistible if obvious analogy: if you’re in the business of sowing seeds for the future rather than just harvesting today’s low-hanging fruit, then it seems broadcast still has a place in your media mix.  Amazon and others are banking on it.