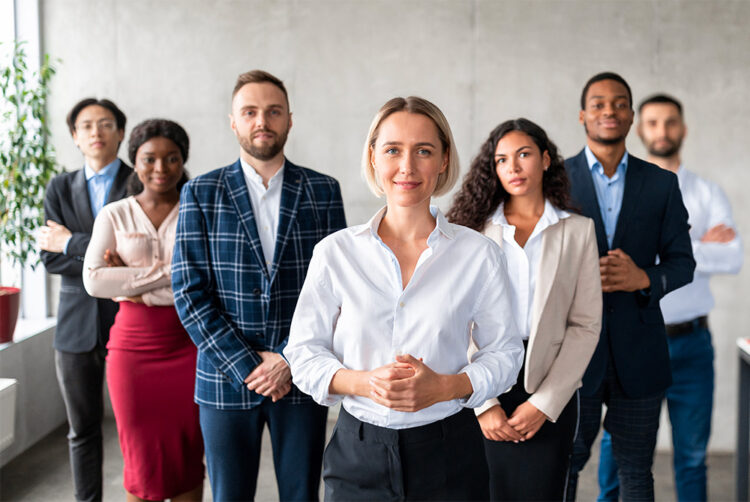 We are seeing a trend where chief people officers are being given responsibility for defining a company’s purpose. Advertisers and media brands need to task the right people with making meaningful change happen.

Most of us have been raised on the idea that a company’s most valuable asset ‘goes up and down in the lift’. In other words, the people who work there. This has been a consistent mantra, in spite of the fact that machines have become increasingly powerful over time and replaced so much human work.

During the 1980s, when I first joined the nation’s workforce, the discipline most closely associated with overseeing us workers changed from being called Personnel to Human Resources. It was a time when a committed and well organised workforce was increasingly recognised as key to organisational excellence and arguably as valuable as capital. But, in spite of using the word ‘human’, there was always something a bit cold about the terminology and I don’t think people ever think of themselves as a just another resource.

From ‘personnel’ to ‘human’ and back to ‘people’

Nowadays, as HR departments try to pursue more progressive work, they increasingly renounce the title Human Resources and rebrand themselves with the name of People and Culture.

And with that, we see the emergence of the chief people officer. The change in name allows for a repositioning. The perception of the old HR director was typically that they tended to have a functional and reactive focus, concerned mainly with policy and procedures.  Whereas a chief people officer usually asserts the intention to think strategically whilst cultivating an environment in which the employee is placed centre stage and encouraged to feel happy and nurtured.

I first came across the change when I was at Aviva. The incoming HR director went on a strategic retreat with her leadership team and returned announcing a renaming of the HR function as the ‘People’ function, and herself as chief people officer. This modernisation was not particularly well explained, and I understand it much better in retrospect than I did at the time. As we know, job titles and reporting lines matter in large complex organisations. They are often an easy way to reinforce both a change in strategy and where decision-making power lies.

After a decade of mergers and acquisitions the HR department at Aviva had become highly associated with the work of relentless re-structuring. Inevitably requiring them to focus on the processes of redundancies, performance management and the implementation of pay restraint. Policies kept pace with changes in employment law, employee engagement was tracked, and the HR department were responsible for executing a constant cycle of operational change.

The cultural mindset at Aviva had unsurprisingly become quite defensive, and more than a little cynical, as each “transformation programme swept through. Far from being treated as the company’s most valuable asset, the workforce increasingly felt like its most disposable. Given this backdrop, I can understand why the HR function at Aviva wanted to rebrand itself as the people function, whilst simultaneously radically changing the work it did to focus more on workplace culture and the fostering of a ‘growth mindset’.

A new mission and values

Part of the effort to accelerate top line growth at Aviva, and escape the relentless waves of cost cutting, was the formulation of a new company purpose and set of values. Carefully crafted immersion experiences, staged in specially constructed ‘Agora’ spaces, enrolled everyone at Aviva in the new purpose. Namely, ‘to help people defy uncertainty’ with the accompanying values ‘Kill Complexity, Never Rest, Care More and Create Legacy’. Embedded within the idea of ‘creating legacy’ the CEO, Mark Wilson, introduced the idea of ‘being a good ancestor’.

If you are asked to filter your decisions through the lens of what those who follow you will inherit, it encourages you to make different choices. Employees were asked to consider how to use the influence of the pension funds under management in Aviva Investors ‘to help create the world people would retire into’. It is no surprise that, following this work, Aviva continues to take a leadership position on sustainability, currently expressed in their ambition to have net zero operations and supply chain by 2030.

Nowadays we try to organise ourselves around the idea of purpose, rather than a company mission. Now in its fourth year, the Brand Pie CEO Purpose Report 2022 shows purpose becoming a key part of many CEOs’ leadership framework, with 73% stating that their purpose now directly influences the majority of their decision-making.

The report also observes that the most striking change between their 2021 and 2022 reports is that “29% of CEOs think CPOs (chief people officers) have the responsibility to define the purpose of an organisation, compared to 6% the year before.” They explain this phenomenon by noting: “We are operating in the employee era. Which makes it the de facto era for CPOs; the time to rethink and reshape the employee experience in a more creative, experiential way that will attract and retain the best talent.”

As more and more CEOs invite the CPO to lead the process that defines their purpose, we can be sure this recognises how decision-making will be done differently and needs to involve all the people working there. Writing a purpose statement is relatively easy, but articulating what it means to your employees and stakeholders so they can act upon it is not. Unless people understand how a purpose statement may change the decisions they make, it’s frankly not worth the paper it’s written on.

Re-engineering around purpose is hard, and that is where the CPO comes in. The way companies’ structure, manage and monitor their operations will need to empower colleagues at every level so they are able to make purpose-driven decisions every day. That level of empowerment not only sends a strong signal to employees that you are serious about purpose, and in it for the long haul, but it is also highly motivating.

Mid-level managers are at the frontline of shaping the priorities and practices of their teams. Immersing them in what any purpose will mean for them, and their teams, is the starting point of any meaningful change. For example, John Lewis has gone as far as appointing a ‘purpose activation lead’ to support its efforts to bring their purpose to life with all their partners. Making clear the expectation that action will follow communication.

Looking at the John Lewis advertising this year it is clear that their purpose, ‘Working in Partnership for a Happier World,’ is much more than a slogan. At a time when the cost-of-living crisis calls for careful reflection about appropriate messages at Christmas time, thinking about children in care offers rich territory. By centring them in its seasonal ad, the retailer has also found ways to raise funds and awareness for their charity partners Action for Children and Who Cares? Scotland.

More than that, John Lewis is making a longer-term commitment to help young people with experience of care into the world of employment and provide direct apprenticeship opportunities within the business. This is not Christmas window dressing but the kind of well thought through multi-year activity that reflects well on an organisation whose people are deeply invested in their purpose and are conscious of their powers of influence.

I hope this trend to give the responsibility of defining company purpose to the chief people officer continues. It implies a far better prospect of the people who ‘go up and down in the lift’ being actively involved in its successful implementation far more likely. After all, if your middle managers don’t buy into the change, it won’t get far. 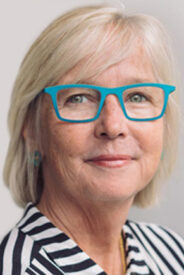