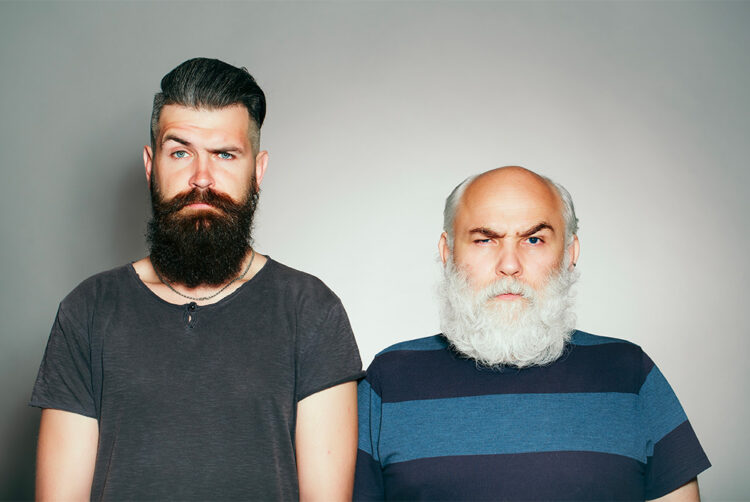 Kantar TGI has uncovered a mine of untapped potential for advertisers after analysing the impact of how collective identities disrupt age-based stereotypes.

Consumer habits are in flux and there’s never been a more important time for the media industry to have its finger on the pulse of audience behaviour.

The types of media that people are consuming, how they consume it and when, are all changing. From the pandemic to the cost-of-living crisis, we’re seeing people reshape their priorities. Each of those topics could warrant a separate article on their own but, at Kantar TGI, we’ve been assessing the impact of another major, cultural shift — the age of identity.

Changes in social norms and expanded political freedoms mean that we now have far more diverse ways and words to express and identify ourselves, whether in terms of culture, race, gender, sexuality or religion  This makes it an exciting time to be working in the insight sector, but it also means that we need to adapt the methodologies and tools we use to track and describe consumer behaviour to ensure we keep up.

Specifically, we’ve been looking at how these new collective identities intersect with and disrupt traditional age-based stereotypes. What we’ve found is that campaign targeting based purely on age alone can limit our ability to capture the true diversity of people’s experiences and habits. That means media campaigns are significantly less effective than they could be. The analysis uncovered a mine of untapped potential for advertisers.

Historically, age-based targeting has been the starting point for many campaigns. This makes sense: it’s a simple way to segment audiences and age can sometimes be an expedient shorthand for consumer priorities. However, as the world around us evolves, we need to go a step further. What’s more, we now have the tools to allow us to target people in much more focused ways as well as the ability to do that quickly, too.

First, let’s show why going beyond age is so important. We looked at an example of a home appliances brand aiming to sell inexpensive products to those buying their first home. Traditionally this type of brand might have focused on adults in their early 30s as their core advertising audience. The thinking seems sound: many people will get on the housing ladder around this time and TGI data (September 2022) shows that this cohort is 20% more likely to have bought a washing machine in the last 12 months.

But political, social and economic evolution means that we are seeing much more variation now in terms of when people buy their first home. We can no longer rely on age alone as a reliable proxy for home ownership. We need to cut the numbers a different way and by leveraging richer, more in-depth data, we can specifically isolate those people who have bought their first home in the last 12 months. Targeting this group boosts effectiveness as these consumers are over three times more likely to have bought a washing machine in the last 12 months than the average person.

We have a wealth of information about consumers, but if we want to use it effectively to inform campaigns then we must challenge demographic stereotypes and drill down into the data.

Age is also often built into assumptions about who consumes different types of media and how. We looked at how users across social media have changed in the past few years. We found that there has been a marked shift in who is using apps and sites.

Many readers will know that the average age of social media users has risen — this happens naturally as new technologies are adopted by the wider population. But the pace of this can be surprising. For example, the age of Facebook users in the past seven years has transformed, with the number of over-65s growing more than fivefold since 2015, transforming them from being a small minority of Facebook users to one of the biggest single groups.

It’s not just Facebook whose users are now older on average than readers might expect. TGI shows that the average British TikTok user is 36, while the average Snapchat user is 30. Looking beyond social media, the average Spotify user is 10 years older in 2022 than we found six years ago.

Understanding these demographic trends is essential to make sure we understand which channels to use to reach audiences most effectively. It also shows the importance of questioning established mindsets about who engages with social media and other platforms.

Marketers may make assumptions about certain age-based groups as being particularly relevant or lucrative, but it is far more important to understand what is going on behind the scenes of an age-based cohort if a campaign is to resonate.

Our GB TGI data reveals that those in Generation X — often considered a generation with more money coming in than others — are split across nine separate TGI Lifestage groups, all with very different needs, product usage patterns and other behaviours tailored to the particular circumstances of their lives.

This has huge ramifications for advertisers when it comes to targeting. For example, those in Generation X who are in the Primary School Parents (youngest child at home aged 5-9) life stage show a particular affinity for frequenting stores like WH Smith, Clark’s and Sports Direct — all useful destinations for school-related supplies. Whereas Generation X-ers who are Empty Nesters (aged 55+, married/living with partner, no children at home) are particularly likely to frequent retailers that sell home and garden supplies, such as Dunelm.

Understanding the granularity here makes all the difference between a highly targeted campaign and a campaign replete with wastage.

Making better use of data

Brands have the resources to know more than ever before about their customer base thanks to growing data assets and analytical tools. These resources enhance our understanding of how people’s behaviour and life choices are adapting. By moving beyond age and considering audiences based on their personal or family circumstances, advertisers can improve the efficiency of their campaigns.

Find out more about targeting opportunities beyond age via a dedicated TGI report here: www. kantar.com/beyondage