For sale: Channel 4 is a brand, not just a business 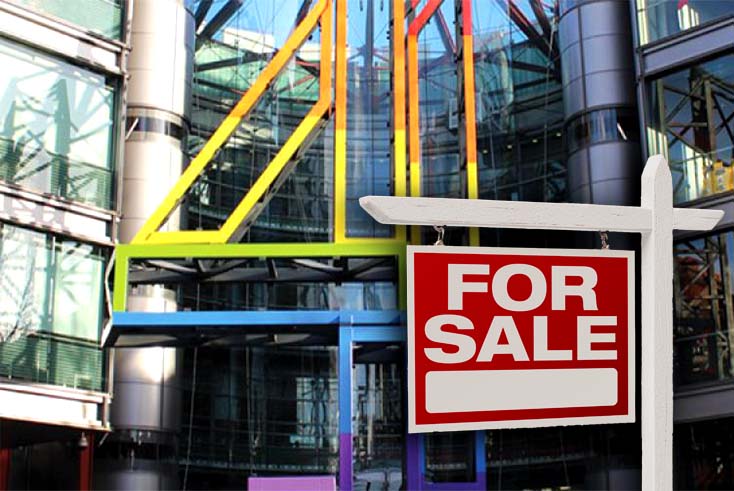 Channel 4 is that rarest of things: a textbook example of a brand leading a business rather than a business operating a brand.

Amid all the hullabaloo surrounding its eventual fate – and setting aside for a moment our government’s misplaced motives – there’s at least one aspect of Channel 4’s success to date that has been under-reported, and perhaps even under-recognised.

Namely: its success as a brand, rather than just as a competent fourth TV channel operator turned wider content provider.

While the debate about a public service broadcaster’s future is necessarily more wide-ranging, that narrative absence is something of an omission in marketing circles, where the patient development of a valuable brand remains the highest prize available to us: whether that’s as client-side brand-owners or agencies taking the medicine that we dispense.

Brand as an engine of business, that is, not just a marketing nice-to-have.

Because make no mistake: C4 is a very strong brand, the sharpest drawn of its terrestrial bedfellows and meaningful well beyond, not just in terms of differentiation from its competitive set (however we might draw it) but its clarity and pull across its various audiences, from viewers and advertisers on the one hand to programme-makers on the other.

‘4’ has always been well-branded in the sense of its visual identity, of course. From Martin Lambie-Nairn’s then-revolutionary ‘Blocks’ launch design through various iterations and fresh execution by the likes of Jonathan Glazer, C4’s look has been frequently reinvented but always served as a recognisably vivid wrapper for its
content.

But – much more impressively and much more importantly – the station, its later siblings and indeed the whole organisation have always been managed as a brand: there’s a type of programme, a spirit of commissioning and a kind of viewer that all spring readily and commonly to mind even after four decades of ‘4’.

C4, then, is that rarest of things: a textbook example of a brand leading a business rather than a business operating a brand, whether that’s expressed through its gratifyingly concise purpose (“to create change through entertainment”); by great endlines like “Born Risky”, inviting an inner nod of agreement; or simply the osmotic influence of its culture and output.

Although obliged to win audiences with mainstream output as well as niche (a Barbara Taylor Bradford adaptation still holds the channel’s audience record) there’s typically something brand-defining about most if not all of its programming: homegrown or otherwise.

Even Bake Off – C4’s most naked attempt to port an audience – has an edge. There’s been a red thread running through its output all the way from Brookside and The Tube at launch to It’s A Sin and even Derry Girls more recently.

The C4 brand has travelled farther, of course, both geographically and culturally. While government idly claims that privatisation will help C4 compete with the likes of Netflix (that’s the Netflix whose share price has just crashed and which is suddenly contemplating a future part-funded by advertising!), it conveniently ignores not just the lopsidedness of the comparison but also the fact that in, at least, one respect C4 is already competing with Netflix.

Imperfect a barometer as it may be, the annual Oscars shortlist tends not to lie and Film4’s regular presence testifies not just to its own production excellence but to the wider organisation’s also. C4 has walked the production/distribution high wire that Netflix and others now find themselves on, made mistakes along the way and yet emerged with its commercial and cultural model robust, if not intact.

Its brand has been the glue throughout, and still serves us a beacon.

Channel brands, of course, aren’t quite what they were in simpler times. But in a world of entertainment where we are now overwhelmed by choice rather than starved of it, they are still markers of quality as curators and producers. C4’s blessing is to be differentiated and meaningful across both.

The bottom line, then, is this. Unlike previous media auctions, whoever buys C4 will be buying a brand rather than just spectrum or licence. Because of that C4 should attract a premium: as strong brands do in the public markets just as readily as they do on the shelf.

And whoever its future owners are, they would be well advised to listen intently to the brand itself, because C4 is still standing – and still standing tall – thanks to the creative branding efforts of its founders and those who’ve followed.

Alasdair Reid, Copywriter, Freelance, on 27 Apr 2022
“A well-crafted outline here of the fantasy-golden-glow take on C4. The reality down the years has been rather different, however... and its recent corporate history in particular has been peppered with moments of low comedy. Anyone who knows the Bake Off back story, for instance, will know that this was hardly C4's finest hour. It's deeper history doesn't bear detailed scutiny either. Isaacs, Grade, Jackson, Thompson, Duncan - all chose to do their own thing with C4, with more or less good intentions; Alex Mahon's successor will produce something totally different again, irrespective of minor changes to the corporation's articles of association... Meanwhile, commentators who wax lyrical about the channel's cutting edge credentials clearly don't watch it very much - but they should at least glance at its schedules now and then. Today's highlights, for instance, include not just the unmissable A Place in the Sun but Hollywood Heist and Shocking Emergeny Calls UK. Red thread? Mmmm, perhaps.”
RICHARD BEDWELL, Consultant, BML, on 27 Apr 2022
“As Ch4's first Marketing Manager back in the early 80's I can echo Laurence's views on the subject of the Channel as a brand. It seems strange now to talk about the need to stand out as new and fresh and different in a marketplace which was only then made up of three other channels. But back then, when we could only be received on peoples TV sets if they actively retuned them by hand it was vital. It was also vital to attract viewers to TV generally who were not being best served by existing services. Being 'for all of the people, some of the time' was the maxim by which we lived. It drove the commissioning and the scheduling as well as the marketing and it was achieved against the unrelenting negativity of large sections of the national press which was fearful of losing advertising revenue and of of Ch4's more 'liberal' attitudes to just about everything it did. The fact that it's brand ethos and strength is as strong as ever makes it, of course, quite saleable but the reasons that the Government are putting forward for actually carrying out that sale are complete nonsense. It has a precious independence and a position of strength from which to demonstrate that to its audience and that must be preserved as it was always meant to be.”