‘FOFO’: it’s time to let the sunshine in 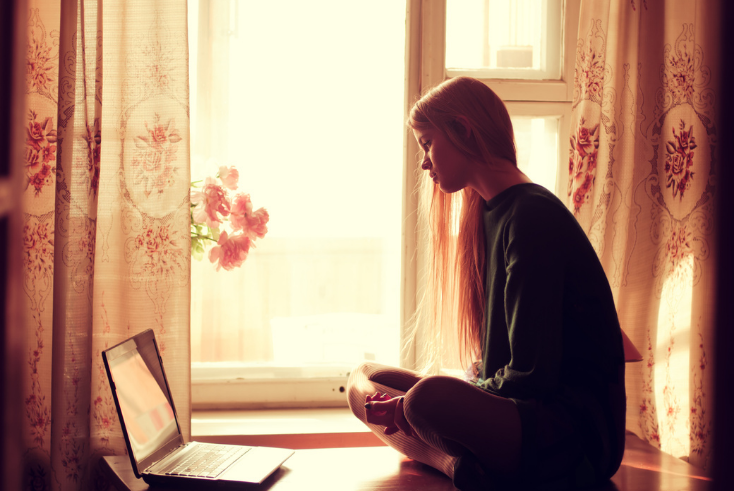 Our current descent into the long, dark nights reminds us of just how much we value sunshine. It lifts the spirits and, as the saying goes, it’s the best disinfectant.

One area where we need more sunshine is in the increasingly complex world of digital adtech, where so much of advertisers’ media investments disappear.

One of the great mysteries of our times is how and why so many adtech companies have been able to make incredibly high margins, without having to provide evidence of their role in making advertising work harder and be more successful.

A visiting Martian would be bemused by an industry where the middlemen take half the money (or more) without having to prove their worth.

It is very hard to know whether they add value or not. They get paid handsomely anyway, and often enough they can float their companies at sky-high valuations as if their lack of accountability were going to last forever.

Every so often we get a stark reminder of just how mad our industry is. It’s usually around the quarterly financial reporting times when the big adtech players unveil their super-profits.

The Trade Desk (TTD) is a good example. Its Q2 2021 financials showed that its revenue had doubled year-on-year. Nice work if you can get it, but the really startling number is its EBITDA margin, a cool 42%. I’m sure TTD’s customers aren’t paying 42% commissions, so there must be some other explanation for it.

All comparisons are odious but WPP is worth £12 billion on roughly the same number in revenue. The Trade Desk is worth roughly double (£25 billion) on about 15% of WPP’s revenues.

So are we to believe that TTD is more than twice as valuable to the global advertising industry as the whole of WPP? And who can say that TTD has earned its right to such super-profits through its incredible contribution to the personalisation of digital advertising?

Just to prove the old saying that ‘where there’s muck, there’s brass’, Taboola’s maiden results showed a 35% margin (EBITDA ex traffic acquisition costs) with a current valuation of $2.3 billion, rewarding it for its contribution to global awareness of dental implants and funeral plans (nowhere near you).

Yes, there are adtech companies who have dramatically under-performed since flotation, but Tom Triscari’s ‘Quo Vadis’ newsletter shows that adtech players in totality have dramatically outperformed the market since 2018. (Disclosure: Tom and I are advising the ANA on its current Programmatic Transparency study).

No doubt the investors in these adtech success stories will be happy with their gains, but any truthful analysis of the long-term sustainability of the adtech bubble suggests that they should take their money out now.

Few analysts provide unbiased insight into this crazy bubble, but one independent player, Arete Research, truly knows this space and its latest coverage of this sector (‘Between a Rock and a Hard Place’) should be read by investors, yes, but by advertisers too.

It delivers one of the best analyses yet of the future direction of the advertising industry and how the fortunes of the big media platforms and the adtech players will be affected by the many and various trends in the market, including of course the various privacy initiatives and the phasing out of third-party cookies.

It’s hard to summarise such a majestic overview in a few paragraphs, but its review of the industry includes the, correct, forecast that the digital advertising market will continue to split into two highly-differentiated sectors, with the ‘Walled Gardens’ having an even more distinct advantage over the ‘Open Web’.

Arete Research says: We think this has been a long time coming after billions of dollars were wasted buying open-web inventory largely to the benefit of independent adtech players as well as unscrupulous publishers”.

And its report goes on to show that the independent adtech industry (and specifically, the recently-floated companies with sky-high valuations) is in for a big correction.

Investors can take their huge winnings and go elsewhere, but what about the advertisers who have single-handedly paid for the massive profits that have made real-estate brokers into multi-millionaires in Silicon Valley and New York?

Arete is clear on this too. Many advertisers have either been unaware of the extent of the raid on their media investments or turned a blind eye. Arete talks about ‘FOFO’, the fear of finding out (also used in a good paper from R3 in August) because of the potential extent of the wastage on their watch.

Theoretically, the newly-floated adtech players should be subject to greater scrutiny from investors on how they make their money, but this doesn’t happen in practice.

Investors are happy to take the money and not ask too many questions when the numbers are this good, and they can always cash out. Some analysts have vested interests in not telling it like it is.,

Advertisers therefore don’t get the benefit of the kind of transparency investors should be asking for.

It gets worse. A recent ‘Morning Brew’ article lays bare the sharp practices and unacceptable milking of advertisers’ budgets in the ‘content discovery’ world where the bad actors go out of their way to disguise where advertising really ends up.

This is as close to deception as our industry gets.

So, if very informed people such as Arete, Tom Triscari and ‘Morning Brew’ are trying to provide the sunshine to illuminate the egregious practices that cost advertisers billions of dollars in unjustified adtech fees, why can’t (or don’t) advertisers also follow the money?

The answer is partly ‘FOFO’, but the real reason is that advertisers rely on other parties to advise them on these matters, but that advice is rarely pure. The advertiser is the only true buyer in the market and they rely upon sellers to advise them.

The market and these issues are complex, delicate and require a degree of technical expertise, but solutions do exist with the input from the right impartial advisors who can clarify, simplify and provide alternative solutions.

There has, until recently, been a dearth of independent advisors who know where the bodies are buried and have the technical know-how to exhume them.

Advisors need to be part of the solution, not part of the problem. Any advisor who in some way benefits from the ‘money-go-round’ cannot provide the objectivity advertisers need.

This situation has gone on for long enough and the various initiatives from ISBA in 2020 and the current ANA study are good steps in the right direction, but ultimately progress has to come from the advertisers themselves through their support for their trade body initiatives and, crucially, through their own endeavours.

They need to declare their own amnesties for their own people and external partners and dig in the right places.

They should read the reports by hugely expert analysts who are truly independent, such as Arete, and ask more questions about the workings of the market, not just their own small part of it.

The truth is out there and it’s ugly, but solutions also exist in better supply paths and technology that simply produce better results, more accountability and real transparency.

You may have to go off the well-worn path to find these answers but the journey is worth it.

It’s time to let the sunshine in, even if it’s dark and cold outside.

AndrewMclean, Managing Partner, Inventus Media, on 21 Sep 2021
“Nick, as an Englishman in NY it sometimes feels we are in the belly of the beast here. I am reminded of the fable of the Emperor’s New Clothes.
”