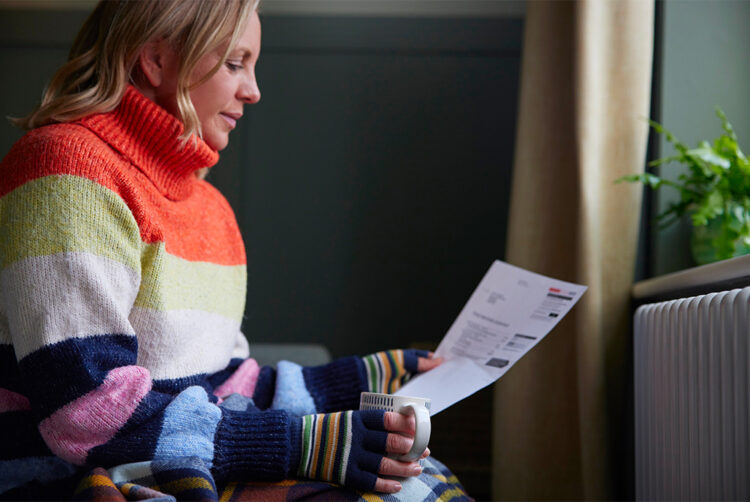 Now is the time to reassess other channels more broadly and understand how they can reach different audiences.

Assessing economic forecasts is becoming an increasingly gloomy task. The pound recently fell to a record low in the wake of deep tax cuts before rebounding in equally dramatic fashion. Inflation is still hovering at just under 10%, the economy is in — or is about to enter — a recession and at the time of writing the Bank of England looks likely to push interest rates even higher.

Keep calm and carry on?

It will feel increasingly painful, no doubt, but the worsening macroeconomic situation does not alter how advertisers should respond. Indeed, we have mountains of evidence backing a continued investment strategy.

Put simply, if a business cuts marketing investment in response to tough economic conditions, it weakens its brand in the short-term, and limits growth and profitability in the longer term.

We know this because the IPA has assessed how more than a thousand businesses invested throughout different recessions. The brands that didn’t make cuts could record five times as many significant business effects — such as profit, share, and penetration — and four-and-half times the annual market share growth.

Meanwhile, brands that invested an excess share of voice (ESOV) of more than 8% in recession were “significantly more likely” to report subsequent very large profit growth. They were also more likely to record larger increases in market share.

In short, it’s essential to reach audiences during times of economic crisis.

For media, meanwhile, which has not escaped inflationary impacts, there have been two outcomes worth reflecting on: the difficulty posed for subscription models, and the high costs to advertise, both of which affect how we reach audiences.

It is no secret that linear TV has been hit hard by inflation, with costs jumping a further 20% this year. Increases in costs have been driven by a surge in demand coinciding with a fragmentation of audiences, a point well made by Thinkbox in The Media Leader. As demand falls in the context of a wider advertising slowdown, inflation is tempered, but the relative delta between linear TV and areas like broadcaster video on demand (BVOD) remains.

According to Kantar’s TGI data, in May this year a third of adults in the UK said they were finding it difficult to cope on current income levels — a 50% increase since the beginning of the year.

Kantar’s entertainment on demand tracker — covering the US and the UK — has also witnessed a clear trend of consumers cancelling SVOD services in an effort to save money. At OMG UK’s Media Intelligence Unit we have revised our forecasts for Subscription VOD (SVOD) platform growth and now forecast 19.3 million SVOD households in the UK by the end of 2022.

Meanwhile, data from KPMG reveals a similar picture, with 25% of consumers surveyed in September saying they were cutting back on media subscriptions, including TV, streaming, magazines, and newspapers.

Although this is bad (but not terrible) news for the subscription model, it also means the time is ripe for the introduction of ad-enabled tiers to attract or retain audiences, something both Netflix and Disney+ will shortly introduce. The move also coincides with the launch of ITVX, ITV’s new, advertiser-funded, free streaming service.

This certainly helps grow available audiences in the video viewing market at a time when demand for linear broadcast is surging but expensive.

Already advertisers have been mitigating TV inflation and delivery challenges by moving more video into BVOD, YouTube and connected TV environments. The focus on streaming platforms from broadcasters, alongside the opening up of more inventory in high profile subscription VOD platforms is most welcome.

Furthermore, it will help overcome another problem: that of reaching 16-34s, who are much less likely to watch linear broadcast, but who remain engaged with video content.

Now is the time to reassess other channels more broadly and understand how they can reach different audiences. Considering longer-term marketing plans that will need to be able to weather a recession, we may see more budgets moving into audio, cinema and outdoor, which remain strong brand building channels. All have made significant digital investments in recent years and are currently less price sensitive.

We can also expect to see more audiences shift towards free newsbrand and magazine media as subscription titles experience their own churn.

There is also a growing argument to consider new and emerging channels throughout this period. Gaming, for example, and the broad media ecosystem that surrounds it, is certainly worth exploring. After all,  audiences are likely to swap expensive nights out for cheap gaming nights in.

The economic volatility we’re currently witnessing makes it hard to predict exactly what will happen through the final quarter and into 2023. There has never been an economic recession without an accompanying advertising recession.

However, because the current economic crisis is impacting different businesses and categories in different ways, it’s hard to tell if brands will stick to the best advice and maintain investment over the long term.

Some brands, such as discount retailers for example, will always do well during the worst stages of recession. Others, such as travel businesses, suffer early then perform better when demand skyrockets nearer the recovery period.

Yet what remains true for all businesses is that they should continue to invest. Reaching audiences might become more expensive, or require a shift in strategy, but they still exist, and choosing to stop communicating with them in an effort to improve the end-of-year statement will be viewed as a mistake when the uplift eventually returns.