Remember the value of TV as inflation bites 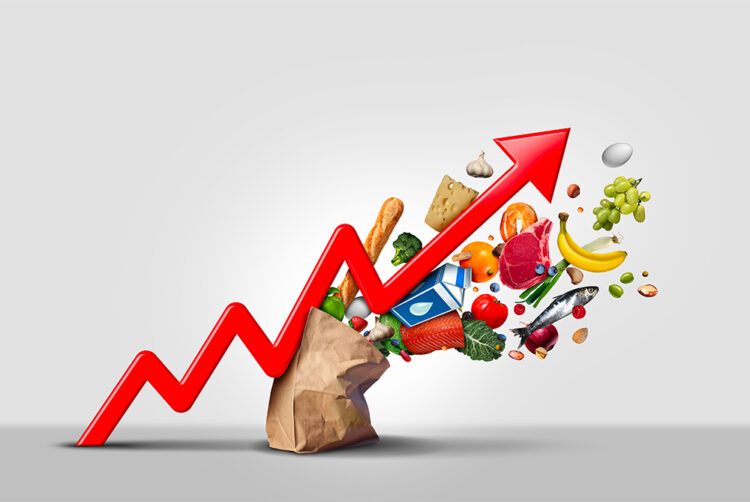 Overall inflation and TV inflation aren’t really linked. But their relationship matters in terms of effectiveness.

The rising cost of life in general and media in particular is a pressing concern for advertisers. Yesterday the UK’s Office of National Statistics reported that inflation has reached 10.1% — the first double-digit increase in prices in 40 years.

Price inflation is not unique to TV advertising. A recent WARC report noted that prices have been rising across all major advertising channels, with paid social CPMs increasing by 33% between 2019 and 2021. But TV is such a major part of advertising that it understandably is receiving the most attention.

This is something that Thinkbox is asked a lot about. And there is a lot of context and nuance to consider that help explains what’s happening, why it’s happening, and what it means. This article aims to give some of that context.

TV demand has been stable

What’s changed is that people are watching less linear TV

As on demand TV has become increasingly popular, linear has lost some viewing. This has constrained the supply of linear TV advertising available to advertisers. In 2010, there were 868 billion adult impacts. In 2021, there were 756 billion — that’s still a lot of impacts, but obviously fewer than before.

This increase is obviously frustrating for advertisers, who have to pay more to get the same TV exposure. As Phil Smith, the director general of ISBA, recently said: “TV is unique and can’t be substituted. It sits at the heart of the media plan because it’s still very high reach and because it’s able to deliver longer ads in quality environments. The media plan for a lot of advertisers still starts with TV at its core.”

This both explains why demand for linear is still strong, but also why the constrained supply and subsequent extra cost is a pressing issue.

That said, there are some important factors that are worth taking into account when considering how linear TV’s price has changed.

The pound’s value has plummeted

The first piece of context is the value of the pound. It has been steadily declining over the last decade due to increasing retail price inflation (RPI). £1 today is worth 25% less than it was in 2010.

Taking this into account makes a big difference to the inflation story because, in real terms, adult CPTs for linear TV have been relatively stable for the last 10 years. In 2010 it was £4.70, today in real terms it is £4.78.

Why does this matter?

You may be thinking that this is just a financial fudge of the data. RPI inflation and TV inflation aren’t really linked. But their relationship matters in terms of effectiveness.

The ROI delivered by TV advertising is sensitive to its price. If the price of TV goes up, then ROI will naturally come down. But what if the cost of goods has also gone up? If that happens then ROI will stay the same.

So what the RPI inflation-factored CPT shows us is that the price of TV has remained relatively stable versus the price of goods.

How does the UK compare globally?

Something else to consider is how the price of linear TV in the UK compares with the rest of the world. WARC’s report showed that UK TV advertising compares very favourably. TV CPMs in the US are forecast to reach $73.14 (£60.50) this year, nearly 10 times that of the UK.

BVOD is a vital part of the solution

The drop in linear viewing means advertisers should look at supplementing linear TV with broadcaster video on demand (BVOD) and online video like YouTube. For younger audiences this can mean starting with BVOD and then layering on linear TV. For 16-34 planning, BVOD and linear used together deliver cost-effective reach.

The most important context in which to consider the cost of TV advertising is its relative value. And here there is hopefully some reassurance for advertisers.

Based on the average cost per 30 seconds, TV is still very good value compared to other forms of video. TV is almost half the price of YouTube and 18 times cheaper than the average cost for other online video like Facebook and TikTok.

And that’s before you factor in TV’s high-quality environment, its big screen viewing, its high view-through rates, the content that advertising on TV rubs shoulders with…

WARC’s report also notes something else that is becoming increasingly important: research into advertising attention suggests that not all impressions are equal. Channels with higher CPMs may deliver better-quality attention. And we know from research done to date by companies like Amplified Intelligence, TVision and Lumen that TV advertising is a very high attention performer.

So, while price inflation in TV advertising is an issue, there are mitigating circumstances and a broader picture to consider that help reframe the story. Ultimately, it comes down to value and whether TV continues to deliver. On the evidence we have and the demand that is out there for it, TV still does. 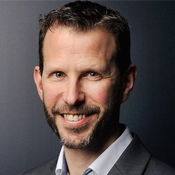 Sam Taylor, Head of Customer Value, Direct Line Group, on 22 Aug 2022
“Great summary Matt. One point I wanted to raise though is that with the current trading model, if brands choose to compliment linear with BVOD to increase cost effective reach, then it definitely works - as we have proven at DLG. However, what some brands may not know is that it will of course exacerbate the inflation challenge further as ALL broadcaster revenue (including revenue from their VOD impacts) counts as ‘demand’ which of course inflates linear further. Same issue as more linear impacts are sold as addressable. Something the industry needs to quickly address by co-creating an adequate future trading model that ensures advertisers keep spending!”
Paul Barrow, Director Strategic Partnerships, Trinity McQueen , on 22 Aug 2022
“Very thought provoking Matt. Thank you. Our recent work suggests that the emerging problem is likely to be the almost non-recognition of linear tv branding to next generations….not sure how we buck that trend.”
Jim McDonald, Head of Client Partnerships, Sky Media, on 18 Aug 2022
“Excellent piece, Matt. Some very grounded insight here - of course the cost of TV airtime should be viewed in the context of prices for other goods and services rising, and the cost comparison with the US is eye-opening!”
Tim Bleakley, CEO , Ocean , on 18 Aug 2022
“A well written piece but the trends are clear and not necessarily highlighted here. Once you look at affluent younger audiences the inflation is eye watering . D/OOH has the ability to play a role here and circumvent some of these planning challenges. And it’s reach via social is amplified across multiple platforms making the value equation even more compelling for brands . Book early https://vimeo.com/517113532/ceed9feba7”
ALISTAIR wayne, MD, Media Managers Limited, on 18 Aug 2022
“Excellent analysis. The value of Linear and BVoD trumps YouTube, TikTox, but the threat to Linear is young audiences not engaging. It will be interesting to see how far ITVX remedies this. The TV companies need to find the next Grange Hill.”