Don’t adjust your set: the blurred lines between VOD and linear TV are here to stay 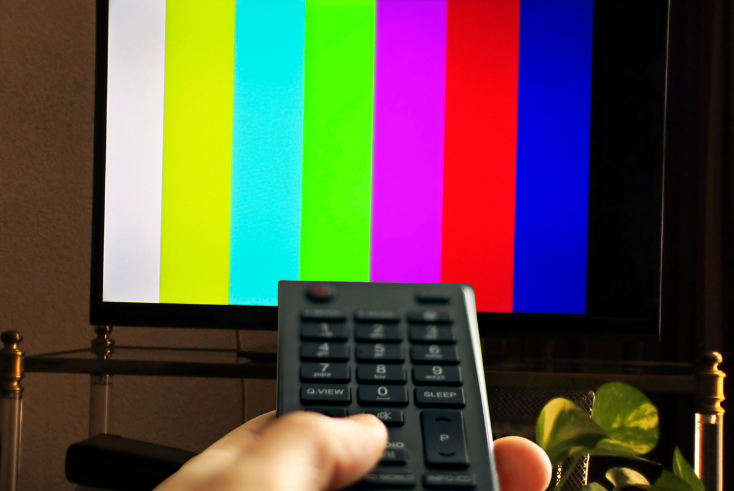 The picture is more complex than people simply swapping live, linear TV for on-demand and streaming services. Both offerings can co-exist.

In 2020, 4.8 million vinyl records were sold in the UK – an increase of 10% from the previous year and representing a £86.5m contribution to the country’s recorded music revenue.  Music cassette sales also increased, nearly doubling to 150,000.

Why is this relevant to today’s TV scene?  Because it’s easy to write-off ‘old’ technology – while consumer behaviour has other ideas.  And that is a principle we should be applying to linear television.

Of course, we need to be realistic. Between 2005 and 2020, the average number of hours of television watched in the UK declined 4% year-on-year. (2020’s uptick is likely to be temporary, and down to coronavirus lockdowns.) But these figures only tell part of the story.

For example, in November 2021, BARB added audience reporting for subscription video-on-demand (SVOD) and video-sharing platforms to its measurement capabilities – providing some interesting proof points in the process.  Introduced in recognition that SVOD is now a core part of peoples’ TV watching habits, it also offers interesting insight into our ongoing commitment to linear TV.

Only three Netflix shows and one Disney+ title made it into the top 100 most-watched programmes, while Amazon Prime Video did not make a single contribution to the list.

Meanwhile, BBC One’s Countryfile and Blankety Blank both drew more viewers than Squid Game – not necessarily a conclusion anyone would have immediately drawn looking at recent media coverage of the addictive Korean drama series.

Not only that, but for the episode of Countryfile in question, 95.42% of viewers watched it live and 99.49% saw it on the same day as it was broadcast.

This is backed up by the 2021 Comscore Connected TV: Viewing Behaviour in the UK report; linear TV represented 75% of total viewing time compared to 25% for OTT, or on-demand.  Further reinforcement comes from the latest Dentsu Ad Spend Forecast, which showed linear TV advertising increased by 7.9% in 2021.

Meanwhile, in recognition that many younger viewers still consume a lot of broadcast television, BBC Three is scheduled to be re-launched as a TV channel later this year, following its move to online only in 2016.  And Amazon streaming service IMDb recently introduced 15 (free) live linear TV channels on its UK service.

So the picture is more complex than people simply swapping live, linear TV for on-demand and streaming services; it would appear, for the moment at least, that both offerings can co-exist.

But what is the outlook for TV advertisers in this hybrid world?  The key lies in knowing who is watching what, how this influences their actions away from the television – and how marketers can tap into this valuable source of consumer insight.

And that is a job for broadcast data – in-depth analysis of what is seen and heard on television, 24 hours a day.

Broadcast data is a valuable source of market information.  An overview of their specific industry can pinpoint exactly when a brand, its products and its competitors are mentioned on TV for example – and whether that is part of a programme or in the form of an ad.

Combining this with sales and website data indicates the TV activity that encourages people to find out more, and potentially make a purchase; equally it can show that sales are not directly linked to TV exposure, which may prompt a review of if and when to advertise. Data-driven insight of this nature gives advertisers proof points about TV-related actions that will drive the best results.

In effect, linear TV can provide a source of data that helps marketers develop and hone their advertising plans. With watching television continuing to be a universal pastime, that’s an enticing prospect.

But in guiding brands to make the most of TV in their advertising, it’s important to look beyond technology and innovation.

The gloomy forecasts for TV advertising are in part down to an image problem; linear TV is perceived as ‘old fashioned’ (with 67% of the UK’s digital media buyers thinking CTV is more effective), but it’s what anyone watching live TV is in fact viewing – even if that’s from a connected or smart television.

As an industry, along with our enthusiasm for the possibilities of internet television, we need to ensure that linear TV also has a visible place at the table.

Having been the only show(s) in town for many years, linear television now faces significant pressure.  But while how, where and when broadcast content is consumed is changing, our love affair with the screen overall does not appear to be waning.

For marketers, with in-depth TV data at their fingertips, the future currently in view looks bright.

Strategy Leaders: Mediatel News’ weekly bulletin with thought leadership, news and analysis dedicated to new ideas, challenges, and excellence in commercial media strategy.
Sign up for free to ensure you stay up to date every Tuesday.