Why Chris Kenna is getting ‘divorced’ from his company Brand Advance 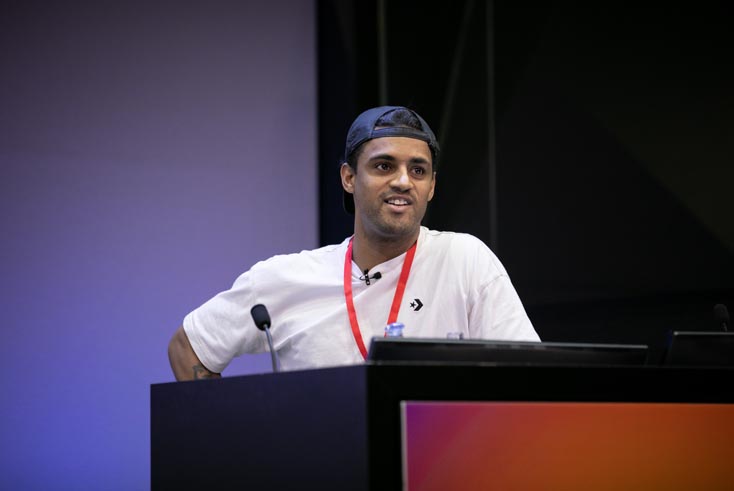 Chris Kenna talks to The Media Leader about looking for a new CEO for Brand Advance, being a founder and the difference between a boss and a leader.

“There’s one thing when you’re a founder which I didn’t know until quite recently, that you can actually just enjoy being a founder.”

As Chris Kenna, founder and current CEO of global diversity media network Brand Advance, explains to The Media Leader, he has seen too many founders “hang on for a little too long” when there are people that can come in and do the role of CEO better.

Kenna is looking for a new CEO, Europe for Brand Advance, the global media diversity network he founded in 2018, while he will stay on as CEO, North America and global chairman.

Speaking to The Media Leader from his new base in New York, he says after much “soul-searching” he has realised what he is good at and what he enjoys in starting a business is much more around the entrepreneurial side, the building of a company and getting a first run of clients, than the day-to-day operations.

In looking for a new CEO, he wants to have someone else to look up to in the company as he says there’s “nothing worse” than doing a job and having nobody to look at or look up to.

He cannot wait to begin that learning process but, since starting Brand Advance, Kenna says he has spoken on every stage, done every interview for every publication, every podcast, and TV news channel from CNN through to the BBC which has meant there was no time for him to learn how to be a leader that inspires his team and creates a culture beyond the start-up.

This is the difference between being a boss and a leader, he explains: “Being a boss is really easy. You just turn up and tell people what to do. They ask for guidance or direction and you tell them, but being a leader is a totally different thing.”

Leaders should inspire people to do what they think they should do, rather than turn up and tell them what to do, and Kenna says he has got “a bit of development” he needs to personally on that bit.

He adds that he did not have any leaders to look up to growing up apart from when he joined the army.

“My first step into leadership was in the military, but it’s very different. Don’t run a company like you’re in the army, it doesn’t work, tried a little bit, went really bad, had to swivel very fast,” he remarks.

‘I’m basically getting divorced from my company’

Kenna says he will have to take a step back to let the rest of the team run things outside of the US which is something he has been struggling with.

“It’s full of fantastic, much cleverer-than-me people that can do some things that Brand Advance does much better than I can to inspire people, their teams do things better than I can,” he adds.

He says he has “no qualms” saying the new CEO of Brand Advance cannot be “a straight white guy”, and the company will still be minority-run which is still a broad spectrum in our industry from female through to black through to disability through to religion.

Whoever takes on the position will have “a baptism of fire” with the business bringing in half of last year’s revenue in the first two months of this year, he comments.

Kenna adds, laughing: “The separation is going to be good. I’m basically getting divorced from my company but it’s the only way that we can both live our own lives.”

The vision has not changed

The vision of Brand Advance, helping brands reach diverse demographics at scale across more than 500 publishers, has not changed with this new role Kenna clarifies.

However, there has been some streamlining in the business, like merging DECA Media Consultancy and the Cultural Intelligence platform together.

Now a client can understand different audiences and gain all the answers, data and insights on the tech platform with consultants sitting on the back-end.

Launching in the US has “reinvigorated” the fire inside Kenna while allowing him to sell Brand Advance in a different way.

He can speak about his successful business in the UK rather than his past “trauma”.

There are whole new communities with voices to be told he says, and Brand Advance has since started three magazines in the US, an African American magazine, a Hispanic magazine and  Gen Z magazine.

He has to go in and say he is the best at what he does as that’s what gets listened to, something a bit more uncomfortable for a Brit to say.

Additionally in the UK, he has seen brands upping their diversity spend as a trend which he predicts will stay.

Kenna commented: “I’ve started to see a bit of a trend and the trend is when the world goes to crap, brands become really conscious of where their spend goes and that conscious spend turns to diversity spend. It’s happened three times now –  it happened with Covid, it happened with Black Lives Matter, and now it’s happening with with Ukraine.”