Can’t get excited about the World Cup? Trust your instincts 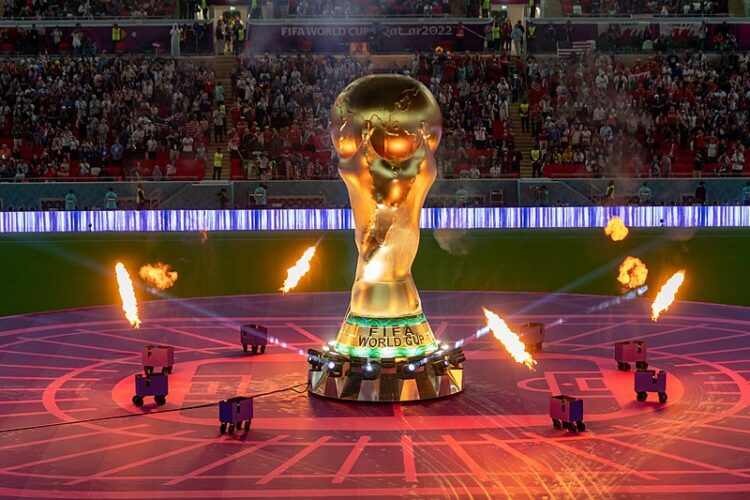 The debacle that is this Qatar World Cup reminds us that breaking trust with consumers wrecks a media company’s implicit licence to dazzle with fiction and spectacle.

Even though England’s football team has made a good start, I just can’t get excited about the World Cup.

What makes media so impactful is that we put our trust in it. This is true for fiction just as much as news: when we watch a movie, we literally suspend our rational faculties so we can enjoy the spectacle of men in capes flying around space to do battle with aliens. Or swallow, in the case of Marvel’s latest offer Wakanda Forever, the storyline that a boy can mutate into a water-breathing mutant who can fly through the air with wings on his ankles (it helps when the CGI is effective, for which Marvel Studios, sadly, is no longer seen as reliable as it breathlessly pumps out content for Disney+).

We wouldn’t play this game if we didn’t tacitly trust the production companies, cinema operators, or actors that make a work of fiction possible. Netflix’s The Crown, which has recently launched a fifth season to tackle the 90s, has become Public Enemy Number One in the many swivelled eyes within the pro-monarchist UK press for dishonesty in its handling of historical accounts.

It’s a case in point of what happens when historical fiction is treated indelicately: it’s one thing to fictionalise conversations between the Queen and Prince Philip based on historical facts and known accounts of their opinions on matters. But much of this show is, frankly, incredible to the point of viewers being ‘mugged off’ — in one episode John Major was asked by the Queen to act as the Prince and Princess of Wales’ “divorce umpire”. If the thought of the UK’s actual prime minister taking time off of government affairs to do solicitor admin isn’t barmy enough, now picture Major being played by Johnny Lee Miller AKA Angelina Jolie’s ex-husband…

Football is an entirely different fiction, that a game in which two groups of people try to kick a ball into a particular space is somehow meaningful as a proxy identity issue. You often hear lazy stereotypes about how the English have no flair, or the South Americans have no discipline, or how this or that club “play a certain way”, even though their coaches and players navigate hop on and off clubs like ball-kicking nomads. Former German star Jurgen Klinsmann really put his foot into it during a BBC punditry shift on Friday when he bizarrely mused that is it indicative of Iran’s “culture” that its players charge around the pitch harassing referees.

But there has been so much trust broken with the public over the way this Qatar World Cup has come about: the corruption involved in giving them the tournament in the first place; the allegations of how many thousands of people have died in building several massive stadiums in Doha (what is this small city going to do with them when the party’s over?) It pains me to write this, but the fact that this country still exists in a state of barbaric official hatred towards gay people is one of the few things you can trust about this torrid affair. You can disagree with the decision to give the World Cup to an institutionally homophobic country, but at least we knew that about Qatar 12 years ago when the decision was made.

And if all that wasn’t bad enough, what about the fact that they decided at the last minute to make this a winter World Cup and just completely throw off the TV ad market — at a time when TV ad inflation was already expensive, throwing a World Cup into the mix, too, just as advertisers are spending big on Christmas is absolutely unheard of.

What’s the point of all of this? So Qatar can project itself as a big county integrated with the West? To avoid being invaded by Saudi Arabia which is exactly what happened to another tiny energy-rich Gulf state in the 90s when Saddam Hussein invaded Kuwait. Maybe those are understandable objectives for a country that wants to modernise and be secure. But without that bedrock of trust and transparency, media consumers (and remember that the World Cup is a media product first and foremost), are not being given the respect that needs to be earned to buy into the myths and legends that come with watching sport.

This is nowhere the end of it

As regular readers will know, The Media Leader is committed to championing trust in media, having received a mandate to do this from our readers and event delegates at our flagship Future of Media conference last month. This means we are committed to making sure our analyses, our op-eds, our jounalism will regularly highlight areas where trust in media should be under the spotlight and how we can built a more trustworthy ecosystem.

I’m under no illusion that this is not an easy conversation, and there’s a lot of blame to go around when you start looking under all sorts of rocks. But, as Nick Manning explains in the latest episode of our podcast, there is increasingly nowhere to hide for brands, whose ads and sponsorships pay for much of this media that should be trusted.

The stakes are so much higher now because there is so much media being consumed and it plays an increasingly more important role in our lives, often in ways that we fully don’t understand. It’s easy to blame the editor of a newspaper for a front-page story that you don’t like, but it’s less straightforward on social media where an algorithm has served something to you that some other user has created. It’s not just media channels that are being fragmented, it’s the content within them, too.

omar.oakes@the-media-leader.com
@Omar Oakes (Twitter — for the time being, at least)
@Omar Oakes (Mastodon — worth a try, right?)

Ian Dowds, CEO, UKOM, on 28 Nov 2022
“Interesting article and podcast on a couple of very knotty topics. Nick makes some strong points around brand purpose and trust, with advertisers needing to be careful to put their money where their mouths are. At the same time, he acknowledges that 'much of this is subjective' and hence some of the knottiness. If broadcast media is regulated by OFCOM, why (or how) should an advertiser (individual marketing director?) start making decisions on positions taken by individual journalists/newsreaders/interviewers/guest and the strength of 'factuality' of those positions or views. It is often through the public testing of those positions on TV and radio that a broader truth is uncovered. Were I a marketing director, I may feel underqualified to make those judgements and happy that OFCOM are making them for me. It's a great debate and Nick and Omar have covered it nicely here”