Can I have your attention (at any cost)? 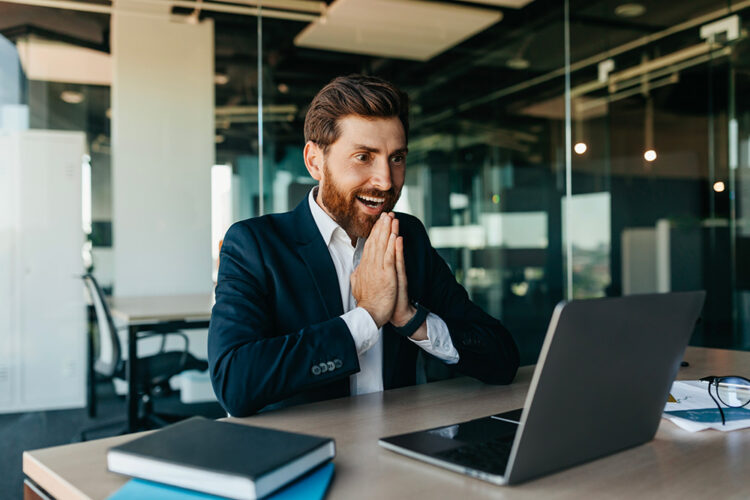 If we rush to promote/enforce attention as a North Star, opportunists will game the system and digital advertising will become an even worse cesspit.

Anyone in the media industry who has been to an event or an online webinar in the last few months will have noticed the latest explosion of the A word. It is the swanky new ‘metric’, or at least ideal proxy, to reward actual engagement with an ad or a bit of content, by considering dwell time, views and the like.

Theoretically, attention moves us on from bullshit metrics such as viewability, which of course has been proven time and time again to be inaccurate and reward bad actors. And, of course, clickthroughs which, the more studies that come out, continually show the fleeting correlation with performance or purchase.

As my excellent fellow planner, collaborator and partner-in-crime Nina Franck attested to in her column last month in The Media Leader, attention enables us to hark back to what matters: good old reach and exposure for best in practice media planning. To her point: “Are we scared to trust in the old and proven truth that growth comes through incremental reach and continuous exposure because it is not measurable instantly?”

And certain media channels are evolving to reflect this. For example, interactive audio ads via smart speakers, are being bought for increased attention. According to research between Octave, Say it Now and Xaxis, utilising the power of Smart Speaker Audio as scale outperforms radio ads in terms of sustained general attention (+26%), likely down to the neurological impact of participating in the process.

Let me recap on The Cobra effect. Economist Host Siebert coined the phrase during colonial times as an example of a ‘perverse incentive’. When the ruling British government was worried about the population of venomous cobras in India, they offered a bounty for every dead Cobra.

People soon got rewarded for earnestly turning in their hunted-down snake. But the opportunists started to breed the cobras as they spotted a lucrative opportunity. The government scrapped the initiative, so more cobras than before were released into the wild. Talk about unintended consequences!

My worry is that attention — once it is a confirmed definition/metric — will give rise to bad actors, incentivised views, stupid carousel posts and generally a skewing of the creative craft to placate the dwell-time measure. You can see how this would lead to a surge in intrusive non-skippable videos amidst one’s favourite Sudoku app or Glastonbury replay on YouTube.

When advertisers start to promote/enforce attention as a North Star, then certain opportunists will breed their own cobras, and the digital ecosystem will further become a cesspit that already needs clearing.

Don’t worry, we are not there yet

Thankfully there is a step (or three) before then. So as long as we don’t all jump on the A-bandwagon, we have time to get things right; many marketeers craving consensus yet to be reached and what attention really means for starters.

The Digiday/Sovrn ebook Capturing the signals states how advertisers are “excited” about the opportunity to use attention for effectiveness measurement. But as Elizabeth Lane, head of research and management for IAB UK states, “they’re confused by all the different definitions being used in the market. The risk is that this confusion will lead to them not using attention as a metric and not taking advantage of the insights it can offer.”

So — much to the chagrin of digitally-native planners — there is no unified definition or benchmark of success for attention.

‘Oh no, how terrible… no easy work around or half-arsed achievement is available as yet!’

The Reach versus Attention chestnut, which will prove problematic for brand marketing campaigns, is an ongoing challenge, too. The complexity comes from the efficiency of buying online video at lower CPMs than TV.

However, according to a study by Ebiquity, if you factor in dwell times and viewability, a 30-second TV spot delivers the highest number of attentive seconds per 1,000 impressions, trumping 15- to 20-second YouTube spots.

So there could be a conundrum: do you pay higher CPM for less impression of higher attention, or lower CPMs for more with lower attention?

The smart planner knows instinctively we need both, but if attention becomes the new overlord, somethings go to give.

What is the first problem we want to solve?

So, does attention even start to even solve our industry’s most important measurement problems?

Going back to viewability, for example, it is not attention but could be proxied as such. Cost per views (CPVs) will be celebrated by video vendors too. And I think clickthrough rates will remain the ugly supporting metric in display and social as cookie deprecation slowly continues.

But, again, we remain in gridlock in the world of what it comprises and how it is defined. And with regulations, industry bodies and top advertisers uniting, we can achieve a sensible best practice.

The sooner as an industry we get on the same page about what media can and can’t do, we will forever have these tiresome circle-jerk measurement debates which detract from doing truly great work that matters — delivering compelling advertising and marketing to those who consume them.

Strategy Leaders: The Media Leader’s weekly bulletin with thought leadership, news and analysis dedicated to excellence in commercial media strategy.
Sign up for free to ensure you stay up to date every Tuesday.