A data gold mine: how Amazon could become the world’s biggest ad seller 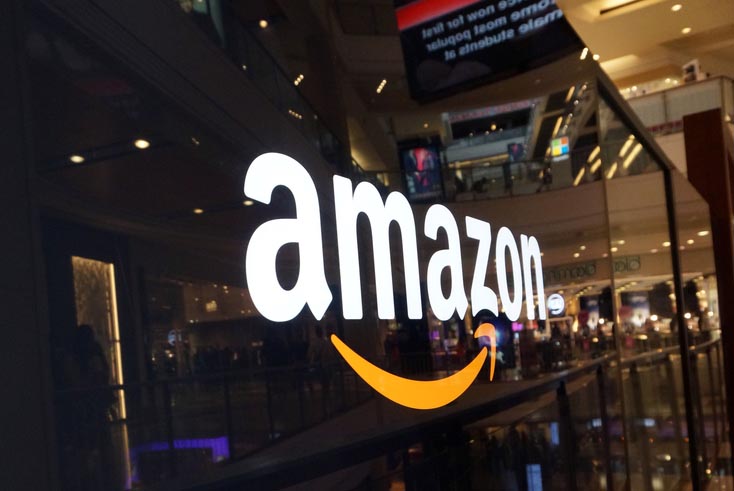 Amazon has come a long way since launching as an online bookshop in 1995.

Last week, the global retail behemoth revealed its advertising sales for the first time:  $9.7bn in sales for the fourth quarter of 2021 and $31.2bn for the full year.

Amazon sells sponsored ads on its retail site’s search pages. But, over the years, its revenue has grown by adding additional advertising services for sellers, vendors, publishers, authors, as well as display and video advertising.

As Mediatel News reported last week, Amazon is estimated to have tripled its ad sales business compared to three years ago, when the company used to report ad sales within an “Other” category in its earnings reports.

Could it be another three years before Amazon become a bigger ad business than either Google or Meta?

Ashley Mackenzie, co-founder of Fenestra told Mediatel News: “Amazon’s ad revenue can definitely eclipse Meta because of the quality of the data Amazon has.

“A customer on Amazon is so close to making a purchase that brands will compete heavily for their attention. Meta platforms like Facebook and Instagram know a lot about consumer behaviour but those consumers are, on average, more distant from making an actual purchase (higher funnel) and, therefore, less valuable to a marketer.”

“All these platforms are largely logged-in user experiences now so they can monetise user data relatively easily,” he commented.

This was echoed by Paolo Pescatore, founder, TMT analyst, who said: “Amazon is very well-placed given its vast knowledge of customer behavioural patterns and habits. This data set is gold to everyone especially advertisers, brands and agencies. Others can only dream of knowing so much about the purchase journey of customers.”

Pescatore added Amazon’s advertising represents a key growth area that touches all points of its business units and that a drive to add value for its Prime users with diverse video content including live sport could support this growth.

However, most industry experts agreed that catching up with Google was a step too far for Amazon.

Ian Whittaker, media, mar-tech and tech analyst, said: “The short answer is no [Amazon cannot catch up with Meta or Google ad revenue], at least for many years when it comes to Meta and maybe not at all when it comes to Google. They are somewhat different advertising markets being targeted.”

He noted Amazon was pursuing trade promotional budgets and/or specific categories’ spend saying: “The best way to look at Amazon ad revenues is that it is like Search revenues for Google. People go to the site to specifically look for something as opposed to being “fed” adverts as in brand advertising, which is what Meta is doing. However, Amazon’s Search capabilities are essentially around products. Meta does a bit of shopping as does Google but neither is really a destination for people looking to buy.”

He added that one thing to ask would be if Amazon could catch up with Meta or Google in terms of ad revenue if one of the other players imploded. While this is unlikely, Meta’s latest financial results raise “significant underlying questions”, he said.

Fenestra added: “Google, in my view, is different. It’s so large that you have to take its different components but Google Search has a lot of the advantages that Amazon has. YouTube is a completely different case in that at the moment it is mostly funded by very high CPM video ad units. The yields these ad units generate make it much more valuable (on a unit basis) than Facebooks display units (who keep trying and failing in video). YouTube are going after the $250bn TV ad market.”

He summarised: “Data gives you value, not the placement (e.g. size, position) of the ad.”

Not for some time yet

James McDonald, director of data, intelligence & forecasting, WARC said: “In short, the answer is yes, but not for some time yet. Amazon’s advertising business represents less than 7% of its global revenue, so there’s plenty of headroom.”

In WARC’s Marketer’s Toolkit in Q4 2021, two in three advertisers out of 1,500 surveyed that had already committed budgets to Amazon are intending to increase that spend, while more broadly half of practitioners plan to increase spend on performance advertising next year.

McDonald said WARC believes retail media globally will be worth $137bn, more than double its 2020 value, to advertisers next year and Amazon is set to account for just shy of a third of that market at $44bn.

Alongside Alphabet and Meta, WARC predicts these three tech giants will account for more than half of a global ad market worth $1tn in 2025 but it doesn’t expect Amazon to be the largest of the three by then.

He added: “It will take time, maybe five to ten years, but, personally, I feel Amazon has the potential to be bigger than both because they are able to use sales data to prove the effectiveness of advertising on their platform in a way others cannot – that’s a huge strategic advantage.”

Claire Holubowskyj, research analyst at Enders Analysis, told Mediatel News: “Amazon’s growth is significant, but their options to maintain this growth are also more limited than Google’s or Meta’s were.”

“Amazon’s ad revenue comes largely from search and product listings using first-party data based on consumer purchases; this isn’t directly comparable to Meta, which has access to a much broader range of user data, nor with Google, which comfortably outcompetes Amazon’s ad products. Google will retain the edge as the internet’s general search destination, despite Amazon trying to displace it as the first destination for commerce search, while YouTube captures a more diverse range of user interests and can support a much higher ad load than Prime Video,” she clarified.

Holubowskyj mentioned one route for Amazon to increase its ad revenue and compete more directly would be to increase its gross merchandise value, which could be difficult as ecommerce growth is now slowing.

Another route she highlighted would be to lean in more to display advertising, which is “more tangential” to Amazon’s business, such as video advertising on Twitch.

Kiesse Lamour, global head of media at Wunderman Thompson Commerce echoed this as she said: “In the immediate future, I don’t think Amazon will catch up with Google and Facebook per se but it will definitely become a serious competitor, especially as most of their revenue is from advertising. What’s more, the incentive is even higher for Amazon because its advertising arm isn’t capital intensive, unlike its cloud business.”

Pescatore also mentioned its cloud business comparison: “As Google has been playing catch-up in cloud to AWS, so has Amazon in advertising compared to Google.”

Lamour added: “However, it would be naive to think that this will all be smooth sailing for Amazon. There are potential headwinds and risks as it massively grows its ad business because it potentially creates a conflict of interests for its customer-base who may start wondering about the neutrality of the results they get when they search for products.

“Am I being shown these results because Amazon is in service to its advertisers and therefore pushing sponsored products in prime spots, or am I being served the best product results with the best reviews for my search? These are the questions that end customers will start asking themselves. And the need to balance ad revenue and shopper’s experience will fundamentally challenge Amazon’s customer-centricity mission.”

She noted that Amazon becoming even bigger than it already is, “being both judge and jury”, could potentially “turn off” some of its big sellers who already see the marketplace as a partner and competitor.

Also she highlighted potential issues of attracting unwanted anti-trust questions if Amazon wishes to scale its ad business to become as big as Google and Facebook.

She concluded: “One thing is for sure, the ad business is so profitable that Google and Facebook won’t go down without a fight.”

Pescatore summarised: “Amazon already exceeds rivals and is catching up to Google, albeit slowly. Splitting out advertising for the first time clearly shows a desire to grow this area and generate further interest. Watch this space and expect to see sizeable growth over years to come.”

Week In Media: Amazon finally reveals its ad sales: $31bn and in a hurry

Is it time for Google to spin off its advertising business?